The Search for Extraterrestrial Intelligence (SETI) is a field of science that’s been around for over 60 years. While SETI tools and strategies have improved immensely over that time, we have yet to find definitive evidence for intelligent alien life in our universe.

TechCrunch spoke with famed astronomer Jill Tarter, to understand how the search has changed over the years and why we haven’t found intelligent life yet. Tarter, who was the inspiration for Dr. Ellie Arroway in Carl Sagan’s Contact, has a PhD in astrophysics and has dedicated her career to the SETI field. 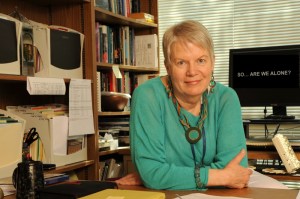 When asked what drew her to SETI Tarter said, “I was so impressed by the idea that, after millennia of asking the philosophers what we should believe about whether there was life out there, suddenly in the middle of the 20th century we had the tools – computers and radio telescopes – that would allow us to try to find out what is rather than what someone told us to believe. I thought, ‘this is fabulous.’”

What makes SETI creative is that scientists have to decide what exactly they’re looking for. How do you define intelligence?

“We can’t define intelligence and we can’t detect it at a distance. So we’re stuck using a proxy. And that proxy for us has always been technology. We’re looking for something that modifies its environment in ways that we could recognize in the vast distances between the stars.” – Jill Tarter

SETI is listening for signs of technology by looking for radio waves and laser signals in the universe that couldn’t have been created by natural sources.

Over the past 60 years, this search has become more effective. Tarter explains that advanced computing and better telescopes have helped a lot. Perhaps the biggest advancement, however, was the knowledge that planets in the universe are more common than scientists previously thought.

“When I was a student, there were 9 planets. End of story. We wondered if there were other planets – and now we know. It turns out planets are very common.” – Jill Tarter

Additionally, scientists can identify which of these planets are the most similar to Earth and may be more likely to host life as we know it. By focusing their efforts on these planets, SETI scientists could have a better chance of finding signs of intelligent life.

In spite of today’s advanced technology and knowledge of our universe, we’ve yet to find any other examples of intelligent life in the universe. People often wonder, why haven’t we found anything yet?

Tarter says there are two pieces to this puzzle.

The first part to consider is that the universe is vast and we haven’t been able to look everywhere yet. With our current technologies and the time we’ve dedicated to SETI, we’ve only searched an incredibly small portion of the universe for intelligent life. 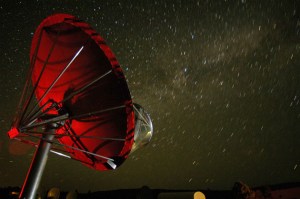 Tarter explained it this way: if you set the search space equal to the size of the Earth’s oceans, we’ve only examined one glass of water from those oceans for intelligent life. We’ve only looked at one small part of a very large picture.

The second reason why we may not have found intelligent life yet is because we’re stuck with the physics and the technology that we have in the 21st century.

“We may not have invented the right way to do this yet,” Tarter said.

On the bright side, our technology is constantly improving and the search will continue to increase in efficiency. Tarter says that in the near future, SETI scientists will be able to search for intelligent life in pools and lakes worth of the universe.

What Should We Do If Aliens Came To Earth?

Stephen Hawking has famously said that a visit from aliens may end up being similar to Christopher Columbus’ arrival to the Americas.

“If aliens visit us, the outcome would be much as when Columbus landed in America, which didn’t turn out well for the Native Americans.” – Stephen Hawking

Tarter offers a different perspective. On the topic of the potential risks of an extraterrestrial visit, she referred to research done by Harvard psychology professor, Steven Pinker.

Pinker’s work suggests that humankind is getting kinder and gentler as we evolve. He has noted that “Today we may be living in the most peaceable era in our species’ existence.”

With this in mind, Tarter notes that perhaps a species can only advance to the point where their technology is significantly advanced if they learn how to behave in a non-aggressive manner. They may only be able to become an advanced intelligent species if they come together as a global entity and are stewards of themselves and their planet.

“But no one can really know,” Tarter says. “This is all speculation.”

However, one thing is for sure: if aliens are able to visit our planet, we’re not going to have the upper hand.

“If they showed up on our doorstep, that means they have technologies that are considerably advanced with respect to ours,” Tarter said. “And because of that, they’re going to be the ones that set the rules.”