I advise a lot of water tech entrepreneurs because I’m a masochist and because water tech is my first love.

Recently, a lot of them are coming back to me with the Flint Water Crisis front and center in their pitch decks. So are a bunch of new water startups, all touting filters, sensors or some gadget promising to solve the current emergency in Flint and prevent others like it from happening.

Guys. Stop. The Flint crisis isn’t one that tech can solve on its own. Skip ahead to the next section if you already know the background story.

How Flint got there

Lead is a soft material that’s easy to work with, and many old pipes leading from municipal water mains into homes are made from lead, as was the case in Flint (and possibly your own home, depending on the age of your house). It’s usually not a huge problem to drink water transported through such pipes, because a thin layer of oxidation (basically rust) forms between the pipe and the water, preventing lead from leeching into the water.

That thin protective layer gets stripped away when the water is too acidic, enabling large quantities of lead to contaminate the flowing water. This is what happened to Flint when the city stopped buying water from Detroit, as it had since the 1960s, and began using treated water from the heavily polluted Flint River while it awaited the construction of a new pipeline to a new water provider to save the city money.

The river was way too polluted for the level at which the treatment plant was operating, and additional treatment would cost more than the water authority could afford. The city pumped that under-treated water out, and 18 months later the crisis was declared a federal state of emergency. 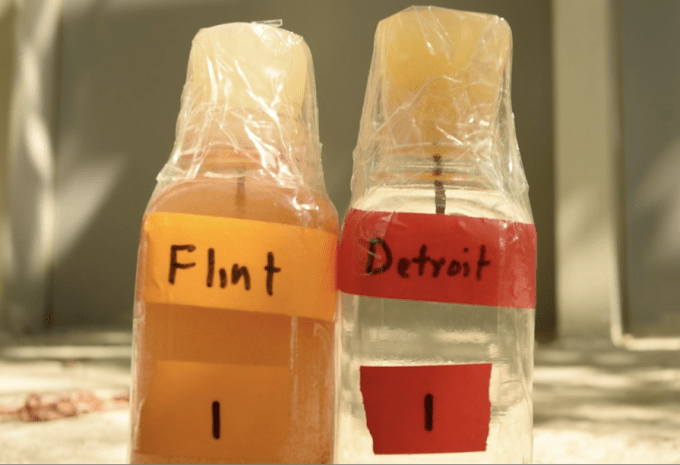 You can’t solve Flint’s water problem with tech and engineering. Even though the technology exists, Flint can’t afford it. With a 16 percent unemployment rate and nearly 40 percent of the population living below the poverty line, and more residents moving away each year, the city simply did not have enough customers paying water bills to perform the preventative maintenance that would have prevented this protracted crisis.

With most of the state and federal emergency aid earmarked for immediate relief and adverse health screenings, the city still won’t have the money to prevent this crisis from happening again.

It’s hard to buy the tech you need when you don’t have the money. It’s hard to have the money to fund CAPEX upgrades and even basic maintenance when even people in much wealthier communities than Flint flip out at increases in their water bill, even when they pay more each month for cellular service.

Even though the technology exists, Flint can’t afford it.

It’s hard to convince people they should pay much for something that falls out of the sky for free. It’s even harder to shut off water when your customers don’t pay, even though access is often a matter of life or death (but some cities like nearby Detroit go ahead and do it anyway, for a variety of reasons, some sympathetic and others despicable).

The most sobering fact of all is that there are many cities just like Flint and Detroit all over the Rust Belt and throughout the rest of the country. It’s not just the dying cities, either.

Decade after decade of deferred maintenance and cost cutting have put us all in danger. And since our knee-jerk reaction to spending to keep our water clean and safe to drink is to say no, it won’t be long before even the most tony of neighborhoods starts to resemble a charity water campaign.

So your ultra-powerful, heavy-industry water filter isn’t going to save the people of Flint. Neither is that app you put together over last weekend’s hackathon. Neither is that multi-contaminant IoT sensor you plan on putting in every household — what’s the point anyway when people already know that their water is full of crap?

That doesn’t mean that we’re all helpless to the ticking time bomb that is our national water infrastructure system. While utility and municipal sales cycles are notoriously slow (six months or more, easily — yeesh!), water utilities move extraordinarily fast if you can tell them how to best further stretch the revenue streams they already have.

One cool startup trying to figure this out is Valor Water Analytics, which mines data to help water utilities uncover hidden revenue. Another is Dropcountr, which helps utilities engage customers to conserve water and reduce wear and tear systemwide.

If you have some other idea on how to do it, email me at ivy@newgenpartners.com. I’d love to hear it and point you in the right direction if I can.

If you want to help right now, here are some places you can give: