A refrain about my generation is that we are too ephemeral and that our memories are too fleeting. Exhibit A: Snapchat. Now, obviously generational complaints are generally bullshit and olds are meant to be ignored, but it’s also not like I just want to forget everything, either.

Shryne is an app for storing memories. It’s not a diary or a full backup; it allows you to preserve all of your online communications with your specific friends/family/lovers, from the apps that you most likely communicate with them the most over. Right now you can save texts, Facebook messages, emails, Facebook photos, camera roll photos and Instagram pics on the app, which is iOS-only at this point.

The app kind of seems destined to be something that boyfriends/girlfriends use to upload content of their significant others to save forever and ever. 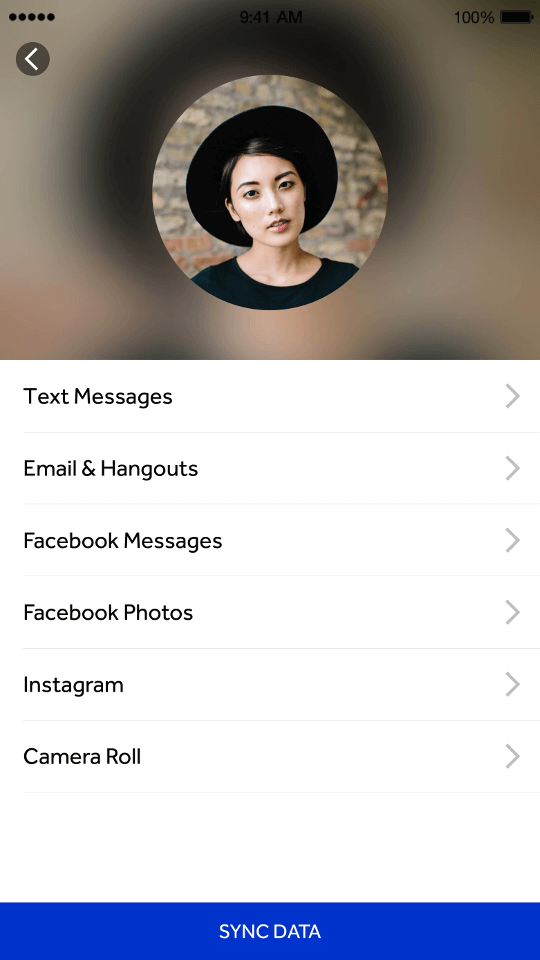 Aldo Cherdabayev, Shryne’s founder told me that while recording relationships definitely served as a “gateway” to the app for many, “people quickly learn how to use the app, see the benefits, see the features and then add more stuff in.”

This app is inherently about archiving, so naturally patience is kind of a virtue when it comes to navigating uploads on it.

The accompanying Mac app helps make up for some of the limitations of the mobile app. Namely the inability to download texts or Facebook messages. Even with the desktop app it takes quite a few steps, but it’s almost a relief that it does because it’d be a lot more worrisome if downloading an entire text history were a one-click process.

That brings us to security, which is definitely a major concern when you’re storing the relationships in the cloud that are most dear and private to you.

Cherdabayev further said that since the company is based in Dublin, Ireland, its under more legal constraints in regards to user data than they would be if they were U.S. based.

Security concerns aside, the app offers some cool analytic features new to this 2.0 version that are actually pretty interesting to check out, assuming you add more than one person into your library, which might be a lot to assume given how much time it takes. Once you do, however, you’re presented with a “social timeline” that charts your communications and can give you insights into your friendships and their timings.

The app has free and paid tiers, the difference being free users are able to upload just 10 profiles to the app, which is frankly a lot, especially if you’re just uploading past flames, but maybe it’s not for you. Hey, I’m not judging. Paid tiers offering varying levels of storage cost between $10 and $20 per year so nothing too pricey.

This is definitely an app for people who are more organized than I am, but there certainly are those people in my generation and this app will give them all of the categorization tools they desire to preserve their friendships in zeroes and ones.