Yesterday, SpaceX released a video showing a successful hover test of its human-rated spacecraft, Crew Dragon. If all goes according to plan, in 2017, Crew Dragon will be placed on top of a Falcon 9 and send astronauts to the International Space Station (ISS).

The test, which was completed in McGregor, Texas, back in November, analyzed the spacecraft’s ability to fire its SuperDraco engines. NASA stated that while Crew Dragon is in the early stages of analysis, the end goal is to use the spacecraft to land humans on the ground with the accuracy of a helicopter.

Interestingly, Crew Dragon won’t be using its SuperDraco thrusters in SpaceX’s first crewed flights. The thrusters are designed to bring astronauts back to land in a controlled descent. Instead of this strategy, SpaceX will initially use parachutes to slow Crew Dragon’s descent and splash down in the ocean. 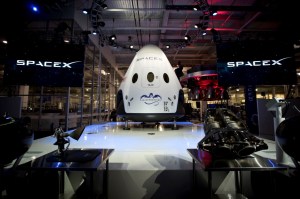 SpaceX has noted that they are working toward propulsive landing because it is a necessary capability if you ever want to land humans on a planet without oceans, like Mars for example.

While the first version of SpaceX’s Dragon is currently used by NASA for ISS cargo flights, SpaceX has yet to use the second version, Crew Dragon, for a crewed mission. The recent hover test was one of many tests SpaceX will need to conduct in order to receive certification to fly humans into space.

Crew Dragon is one of two spacecraft, each capable of carrying seven people, that will transport U.S. crews to and from the ISS, tentatively starting in 2017. The capsules are being developed under NASA’s Commercial Crew Transportation Capability contracts (CCtCap). 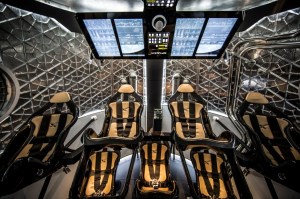 Inside the SpaceX Crew Dragon / Image courtesy of SpaceX

CCtCap is the last phase of NASA’s Commercial Crew Development program (CCDev). Starting in 2010, CCDev was designed to identify U.S. companies that could develop a replacement to the Space Shuttle. At the start of this program, NASA subsidized five promising companies for their human spaceflight concepts.

In 2014, that search was narrowed down to Boeing and SpaceX.

Boeing’s crewed capsule, the CST-100, has been undergoing its own engine tests, as well. Similar to SpaceX, the CST-100 is designed to touch down on land. Rather than a propulsive landing, Boeing’s capsule will parachute to an airbag-cushioned landing.

Between their rocket recovery tests, NASA cargo contracts, engine development research for the Air Force, and Crew Dragon development, SpaceX certainly has a lot of work to look forward to this year. 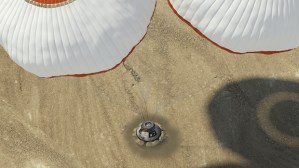