Co-working spaces and membership clubs with a heavy tech bent have proliferated across the planet in recent years as the industry itself has exploded, and startups look to find flexible spaces to work. But not many have gone for such an eclectic mix of fashion, designers, startups and investors (among others) as Second Home, the club and work space created by Rohan Silva (former adviser to the UK Prime Minister who ignited government interest in the tech startup community) and serial entrepreneur Sam Aldenton.

Today at DLD in Munich, Silva revealed that he’d be launching Second Home Lisbon later this year. The timing probably couldn’t be better, given that about 50,000 people are expected to attend the Web Summit in the city later this year, now that it has moved from Dublin to Lisbon.

He has also announced a new £7.5 million ($10.7 million) funding round from Yuri Milner (a personal investment, not DST Global); Martin Lau, chairman of Tencent (this is his first ever European investment); and Index Ventures (with Neil Rimer leading the investment). 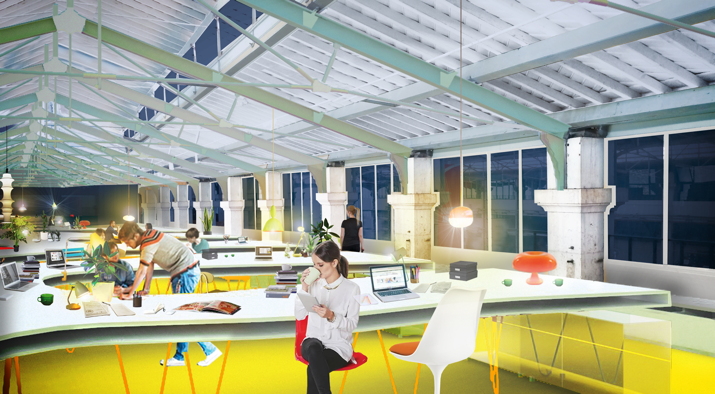 Created in close association with Alexandre Barbosa at Faber Ventures, Second Home Lisbon looks set to join the burgeoning startup scene in the city, which already has accelerators like Beta-i and Startup Lisbon, but as yet hasn’t had many co-working spaces/clubs where the tech ecosystem can hang out.

Silva told me: “Right now Lisbon feels like East London just before the tech cluster exploded. It’s a super-creative city, but there are not enough places for creative people to come together. At the same time, big companies are shrinking, my more people are becoming entrepreneurs and the built environment of cities needs to evolve to keep pace with this.”

Second Home Lisbon will feature a huge 100m long work table snaking and bending along the full length of the entire building; private meeting rooms, all equipped with AV; a 400-person events space; and a late-night bar with a bookshop.

Plus, unlike some members clubs, Second Home members will be free to move between London and Lisbon without paying any extra for membership.

Meanwhile Second Home in London will be adding three new floors, and opening in Los Angeles early next year.

The ‘tech meets property’ play has been a booming field in recent years with companies like WeWork, and Common reaching large valuations.

• Disclosure, I am a co-founder of TechHub which offers flexible workspace to tech startups globally.