Magic Bus is a new startup out of Y Combinator that hopes to end many Bay Area commuter’s slow, soul-crushing daily drive down the 101 with a scheduled, WiFi-enabled, private bus system to transport them anywhere from San Francisco all the way down to Sunnyvale.

There are a number of startups focused on carpooling in the Bay Area – Chariot, Shuddle and even Uber and Lyft among them, but co-founder Chris Upjohn believes Magic Bus offers something uniquely different. Rather than focusing on transportation within a city, his startup supports the ride between cities.

“So we take people long distances that they would have been driving,” Upjohn explained to me over the phone.

One example of this would be someone who starts out in Pacific Heights but needs to go to an office in Redwood City every day. “They’d have to take Muni to Caltrain and then Caltrain to Redwood City and then the MTA or something like that. So they have these really painful multi-level transit commutes,” Upjohn said. 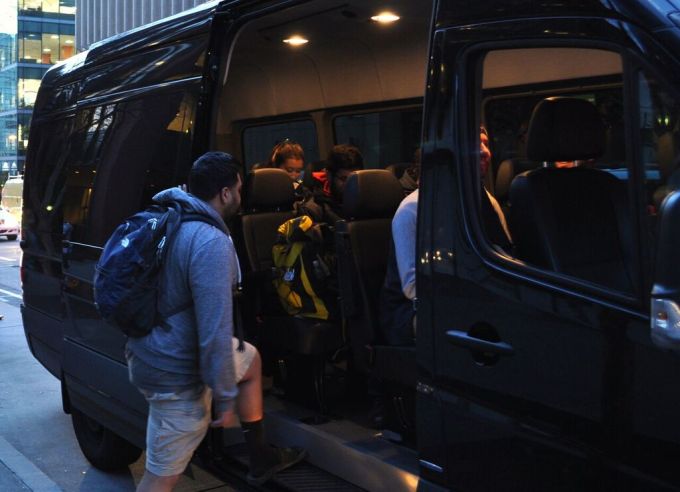 Lyft Line and Uber Pool offer a way to skip the public transport jenga within city limits but don’t currently offer that option for commuters going from one city to the next. However, on Magic Bus, the rider can schedule a ride and hook up with those going a similar route for one continuous ride to work in less time than it would take to go through the various Bay Area public transportation options.

Upjohn made a similar system for his fellow college students, but it was his own aggravating commute from San Francisco to Menlo Park in a finance job that gave him the idea to create Magic Bus.

“It was a problem that bothered me for a long time. How is it we are still all alone in our cars driving to work? It made no sense to me,” Upjohn said.

Magic Bus is pretty new, but Upjohn told me it already has “thousands” of people signed up to use it already and Upjohn sees the platform as part of a bigger movement around smart cities.

“When we think about how we’d like to contribute to smarter cities of the future we’d like to reduce the congestion that we see,” Upjohn said. “We’d like to eliminate the need for people to own cars and use Magic Busses for commuting and services like Uber and Lyft for in the city.”

Upjohn didn’t want to comment on any future partnerships with either ridesharing service, but did mention “pursuing that vision.”

Those interested in signing up for Magic Bus for a daily ride up and down the Peninsula can join the beta at Magicbus.io. TechCrunch readers can try out the service for free on their first trip using the promo code TCridesfree.