Every car manufacturer now has an autonomous driving program, but the rules and regulations around actually driving autonomous cars on public roads remain scattershot.

Now, the U.S. government is starting to work on a national policy for autonomous cars, and it’s promising to invest $4 billion over the course of the next 10 years “to accelerate the development and adoption of safe vehicle automation through real-world pilot projects.” 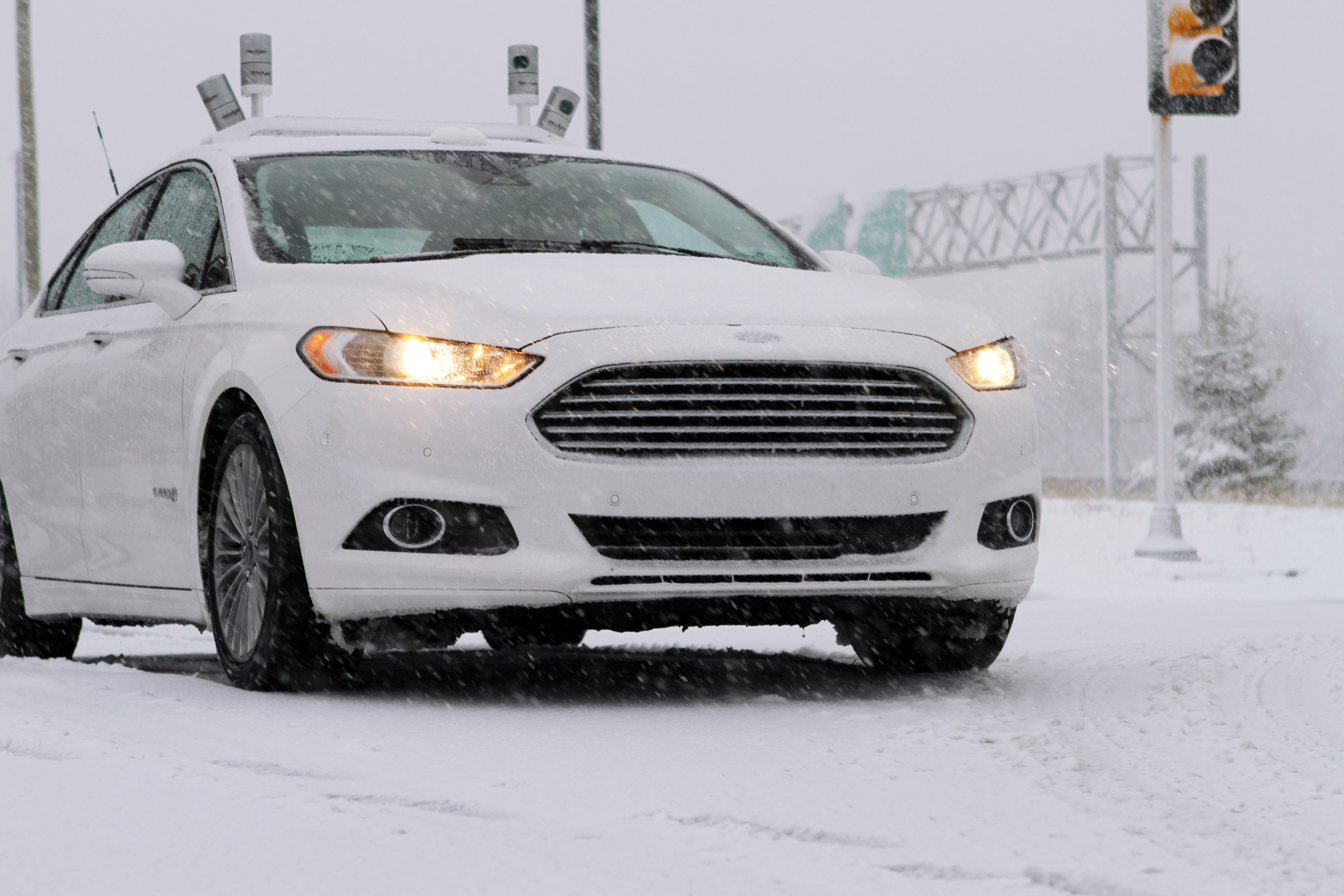 Ford’s autonomous car in the snow

The $4 billion is part of President Obama’s 2017 budget proposal, so it could still get shot down in the process. The idea here is to work with the technology industry and auto manufacturers to test connected and autonomous cars “in designated corridors throughout the country.”

Over time, these designated corridors will have to give way to a broader policy. To get to this point, the DOT today said it wants to develop a model state policy on automated driving within the next six months. In the long run, this state policy could then lead to a consistent national policy.

The DOT is also asking car manufacturers to submit rule interpretation requests to see if their autonomous driving features (including self-parking systems, for example) meet its standards. Manufacturers can also ask for exemptions.

“We are on the cusp of a new era in automotive technology with enormous potential to save lives, reduce greenhouse gas emissions, and transform mobility for the American people,” said U.S. Transportation Secretary Anthony Foxx today. “Today’s actions and those we will pursue in the coming months will provide the foundation and the path forward for manufacturers, state officials, and consumers to use new technologies and achieve their full safety potential.”

One thing our friends at Google will likely be happy to hear is that the DOT and National Highway Traffic Safety Administration are also looking at rules for cars that were “designed without a human driver in mind.” For now, the states that have policies around self-driving vehicles still require a human driver behind a steering wheel who can take over control if necessary.

Ten years is obviously a long time, but even though the incumbents in the car industry are starting to move faster, it still takes about two to three years to develop a new vehicle in Detroit. While there are also still plenty of technological and regulatory hurdles to overcome before self-driving cars will be able to drive down any street, newcomers like Google and Tesla (and, who knows, Faraday Future?) will work faster than established car companies. For them, 10 years is an eternity.