Fugue (the company previously known as Luminal), today announced that it has raised $20 million in a Series C funding round led by New Enterprise Associates (NEA). The Frederick, MD- and Washington, DC-based company’s previous investors, including Core Capital, are also part of this round. 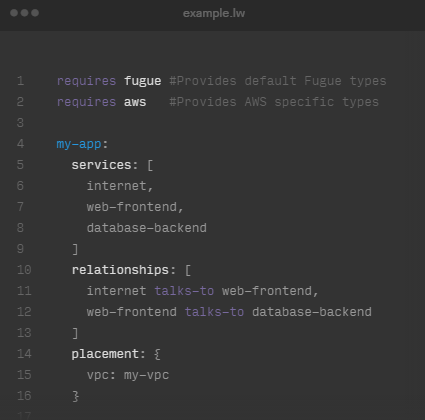 Luminal’s main product was always Fugue (which is still in closed beta), so it’s probably no major surprise the company decided to change its name and logo to better reflect its focus.

Fugue allows businesses to declare what their cloud infrastructure should look like and set the policies for accessing that infrastructure. Businesses can also use the tool to migrate their current datacenter workloads to the cloud.

Fugue currently focuses on AWS as its main target platform, though it will surely add others at a later stage, too.

“We view the cloud as a giant distributed computer, and Fugue is an operating system for the cloud that we’re building from first principles,” said Josh Stella, founder and CEO of Fugue. “The significant support we enjoy from NEA, Core Capital, and our other investors is what makes it possible for us to assemble the incredible team needed to tackle hard problems in distributed computing and empower customers to take control, move fast, and save money in the cloud.”

In many ways, Fugue looks similar to existing IT automation tools like Chef, Puppet and Ansible. Fugues emphasis, however, is squarely on infrastructure and there’s no reason developers couldn’t use it in parallel with their existing DevOps tools.