Dashlane, a password manager application that competes with the likes of 1Password and LastPass, among others, has just rolled out a significant update which not only gives the software a new look-and-feel, but also makes it capable of automatically updating your passwords on over 500 websites, thanks to the additional support for 300 more sites included in this release.

However, not only is changing your password a bit of a hassle, it’s also difficult to remember if that password had been used on other sites. (Many people re-use their same passwords on more than one site, of course.) That’s where Dashlane’s Password Changer came in – with a click of a button, you could automatically change your password on a number of sites, and have the new one stored in the app for future use.

In making this feature work on a much larger number of websites, Dashlane’s software now better protects its users. 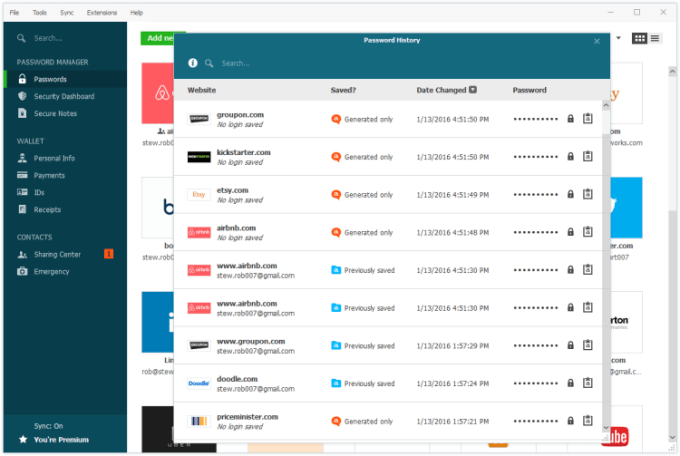 While that may be the most important of the under-the-hood improvements in the new release of Dashlane 4, it’s not the only change. The updated app also received a visual overhaul that now delivers a more consistent experience across platforms, including both on devices and the web.

This redesign includes a number of features and tweaks, such as a new list and grid view, new sorting options, improved button and header labeling, and a new “Quick Actions” menu from the in-app search field that lets you get to the data you need more easily – that is, you can just search instead of clicking and scrolling.

Another update includes an improvement to Dashlane’s Secure Notes section – which is a better alternative to writing down critical info in the native Notes app on your phone. (Something many people do, apparently, as Apple’s iOS 9.3 beta has added support for locking this app with a passcode or fingerprint.) 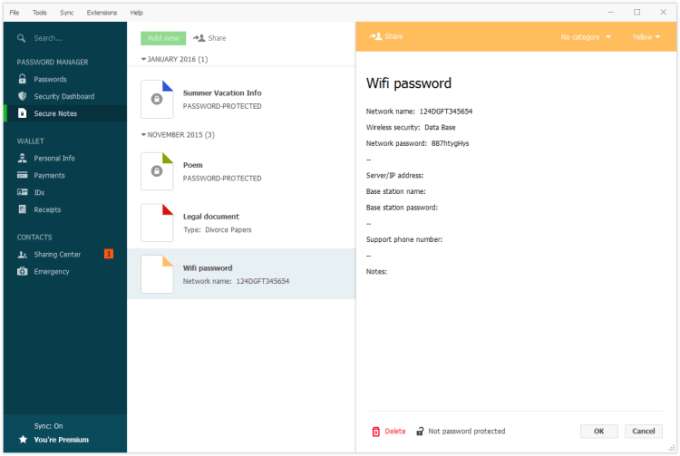 And you can now add a note to your credit and debit cards – a feature many users requested.

The company also added over 618 banks and financial institutions in Dashlane Payments, the software’s digital wallet that lets you fill out forms on checkout pages and save receipts with just a click.

Plus, while Dashlane already reaches over 4 million users in over 200 countries, it’s still working in becoming a more global product. To that end, it rolled out support for five more languages, Spanish, Portuguese, German, Italian, and Japanese in the browser, desktop and mobile applications. That brings Dashlane to a total of 7 languages, given its prior support for English and French.

On iOS devices, Dashlane expanded the list of apps that work with its software, allowing mobile users to instantly login to app accounts with Touch ID. Today, it now supports over 180 mobile apps for both login and account creation.

Though Dashlane is not the only password manager on the market, it has the potential to eat up more market share following the acquisition of LastPass by LogMeIn last fall, for $110 million. Many LastPass users were wary, if not downright angry, to see their preferred password manager program transferred to a company that had a bad reputation with regard to managing its acquisitions, in their eyes.

That could leave a sizable group of customers on the lookout for an alternative – something Dashlane is also addressing with this release, which includes an improved onboarding experience for new users.

Dashlane is free software for use on one device, but it’s worth the $39.99 annual fee to sync passwords across an unlimited number of devices.