For the past century, the price and performance of computing has been on an exponential curve.  And, as futurist Ray Kurzweil observed, once any technology becomes an information technology, its development follows the same curve, so we are seeing exponential advances in technologies such as sensors, networks, artificial intelligence, and robotics.  The convergence of these technologies is making amazing things possible.

2015 was the tipping point in the global adoption of the Internet, digital medical devices, blockchain, gene editing, drones, and solar energy.  2016 will be the beginning of an even bigger revolution, one that will change the way we live, let us visit new worlds, and lead us into a jobless future.  Yes, with every good there is a bad; wonderful things will become possible, but with them we will also create new problems for mankind.

Here are six of the technologies that will make this happen, and the good they will do. 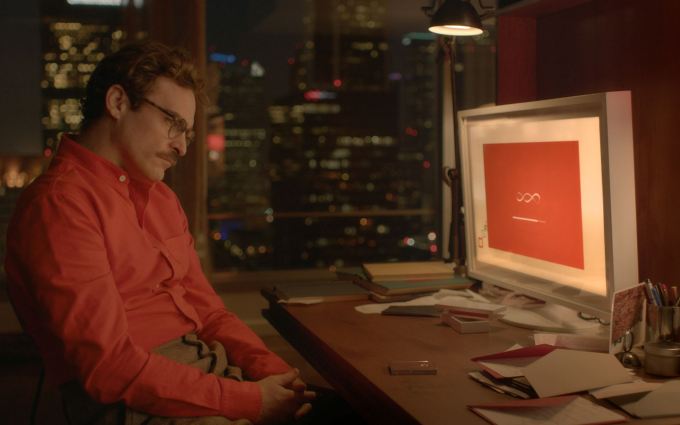 There is merit to the criticism: even though computers have beaten chess masters and Jeopardy players and learnt to talk to us and drive cars, Siri and Cortana are still imperfect and infuriating.  Yes, they crack jokes and tell us the weather, but are nothing like the seductive digital assistant we saw in the movie Her.

But that is about to change—so that even the skeptics will say that A.I. has arrived.  There have been major advances in “deep learning” neural networks, which learn by ingesting large amounts of data: IBM has taught its A.I. system, Watson, everything from cooking, to finance, to medicine; and Facebook, Google, and Microsoft have made great strides in face recognition and human-like speech systems.  A.I.-based face recognition, for example, has almost reached human capability.  And IBM Watson can diagnose certain cancers better than any human doctor can.

With IBM Watson being made available to developers, Google open-sourcing its deep learning A.I. software, and Facebook releasing the designs of its specialized A.I. hardware, we can expect to see a broad variety of A.I. applications emerging—because entrepreneurs all over the world are taking up the baton.  A.I. will be wherever computers are, and will seem human-like.

Fortunately, we don’t need to worry about superhuman A.I. yet; that is still a decade or two away. 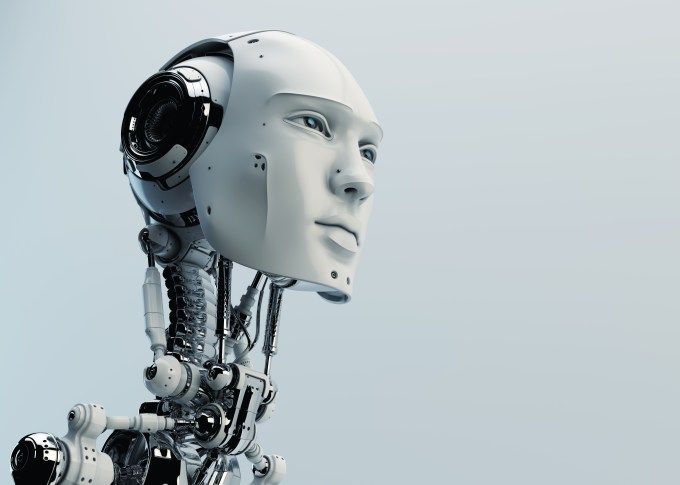 The 2015 DARPA Robotics Challenge required robots to navigate over an eight-task course simulating a disaster zone.  It was almost comical to see them moving at the speed of molasses, freezing up, and falling over.  Forget folding laundry and serving humans; these robots could hardly walk.  As well, although we heard some three years ago that Foxconn would replace a million workers with robots in its Chinese factories, it never did so.

The breakthroughs may, however, be at hand.  To begin with, a new generation of robots is being introduced by companies such as Switzerland’s ABB, Denmark’s Universal Robots, and Boston’s Rethink Robotics—robots dextrous enough to thread a needle and sensitive enough to work alongside humans.  They can assemble circuits and pack boxes.  We are at the cusp of the industrial-robot revolution.

Household robots are another matter.  Household tasks may seem mundane, but they are incredibly difficult for machines to perform.  Cleaning a room and folding laundry necessitate software algorithms that are more complex than those to land a man on the moon.  But there have been many breakthroughs of late, largely driven by A.I., enabling robots to learn certain tasks by themselves and teach each other what they have learnt.  And with the open source robotic operating system, ROS, thousands of developers worldwide are getting close to perfecting the algorithms.

Don’t be surprised when robots start showing up in supermarkets and malls—and in our homes.  Remember Rosie, the robotic housekeeper from the TV series “The Jetsons”?  I am expecting version 1 to begin shipping in the early 2020s. 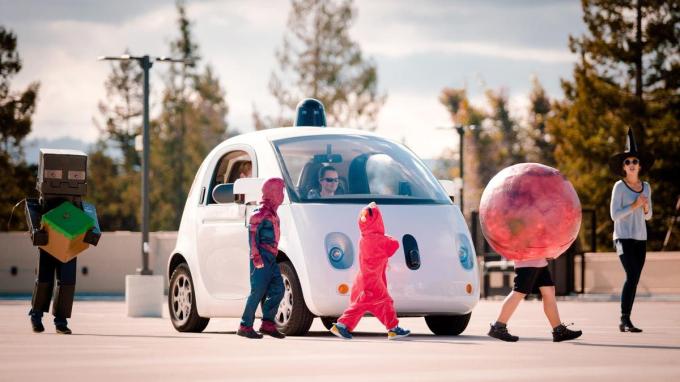 Once considered to be in the realm of science fiction, autonomous cars made big news in 2015. Google crossed the million-mile mark with its prototypes; Tesla began releasing functionality in its cars; and major car manufacturers announced their plans for robocars.  These are coming, whether we are ready or not.  And, just as the robots will, they will learn from each other—about the landscape of our roads and the bad habits of humans.

In the next year or two, we will see fully functional robocars being tested on our highways, and then they will take over our roads.  Just as the horseless carriage threw horses off the roads, these cars will displace us humans.  Because they won’t crash into each other as we humans do, they won’t need the bumper bars or steel cages, so they will be more comfortable and lighter.  Most will be electric.  We also won’t have to worry about parking spots, because they will be able to drop us where we want to go to and pick us up when we are ready.  We won’t even need to own our own cars, because transportation will be available on demand through our smartphones.  Best of all, we won’t need speed limits, so distance will be less of a barrier—enabling us to leave the cities and suburbs. 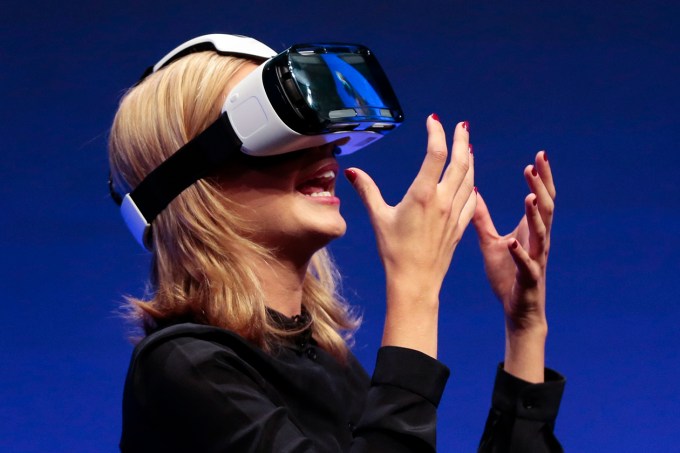 In March, Facebook announced the availability of its much anticipated virtual-reality headset, Oculus.  Microsoft, Magic Leap, and dozens of startups won’t be far behind with their new technologies.  The early versions of these products will surely be expensive and clumsy and cause dizziness and other adverse reactions.  But prices will fall, capabilities will increase, and footprints will shrink as is the case with all exponential technologies, and 2016 will mark the beginning of the VR revolution.

Virtual reality will change how we learn and how we entertain ourselves.  Our children’s education will become experiential, because they will be able to visit ancient Greece and journey within the human body.  We will spend our lunchtimes touring far-off destinations and our evenings playing laser tag with friends who are thousands of miles away.  And, rather than watching movies at IMAX theatres, we will be able to be part of the action, virtually in the back seat of the car chase. 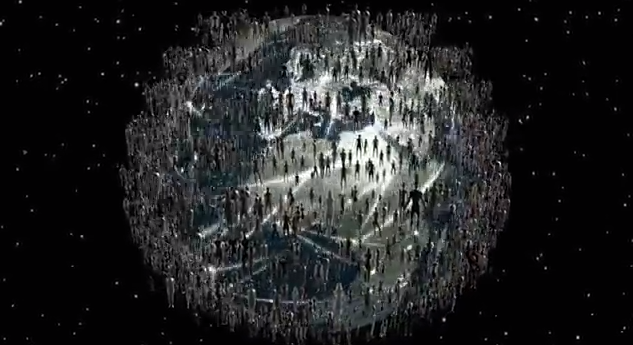 Mark Zuckerberg recently announced plans to create his own artificially intelligent, voice-controlled butler to help run his life at home and at work.  For this, he will need appliances that can talk to his digital butler—a connected home, office, and car.  These are all coming, as CES, the big consumer electronics tradeshow in Las Vegas, demonstrated.  From showerheads that track how much water we’ve used to toothbrushes that watch out for cavities, to refrigerators that order food that is running out, they are all on their way.

Starting in 2016, everything will be be connected—including our homes and appliances, our cars, street lights, and medical instruments.  They will be sharing information with each other and perhaps gossiping about us, and will introduce massive security risks as well as many efficiencies.  And we won’t have much choice, because they will be standard features—as are the cameras on our Smart TVs that stare at us, and the smartphones that listen to everything we say. 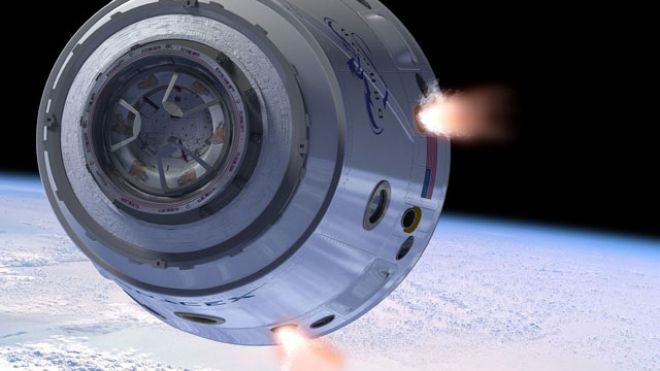 Rockets, satellites, and spaceships were things that governments built—until Elon Musk stepped into the ring in 2002, with his startup SpaceX.  A decade later, he demonstrated the ability to dock a spacecraft with the International Space Station and return with cargo.  A year later, he launched a commercial geostationary satellite.  And then, in 2015, out of the blue, came another billionaire, Jeff Bezos, whose space company, Blue Origin, launched a rocket 100 kilometers into space and landed its booster within five feet of its launch pad. This is a feat that SpaceX only achieved a month later, so Bezos one-upped Musk.

It took a race, in the 1960s, between the U.S. and the U.S.S.R. to get man to the Moon.  For decades after this, little more happened, because there was no one for the U.S. to compete with.  Now, thanks to technology costs’ falling so far that space exploration can be done for millions rather than billions of dollars, and the raging egos of two billionaires, we will see the breakthroughs in space travel that we have been waiting for.  Maybe there’ll be nothing beyond some rocket launches and a few competitive tweets between Musk and Bezos in 2016, but we will be closer to having colonies on Mars.

This surely is the most innovative period in human history, an era that will be remembered as the inflexion point in exponential technologies that made the impossible possible.