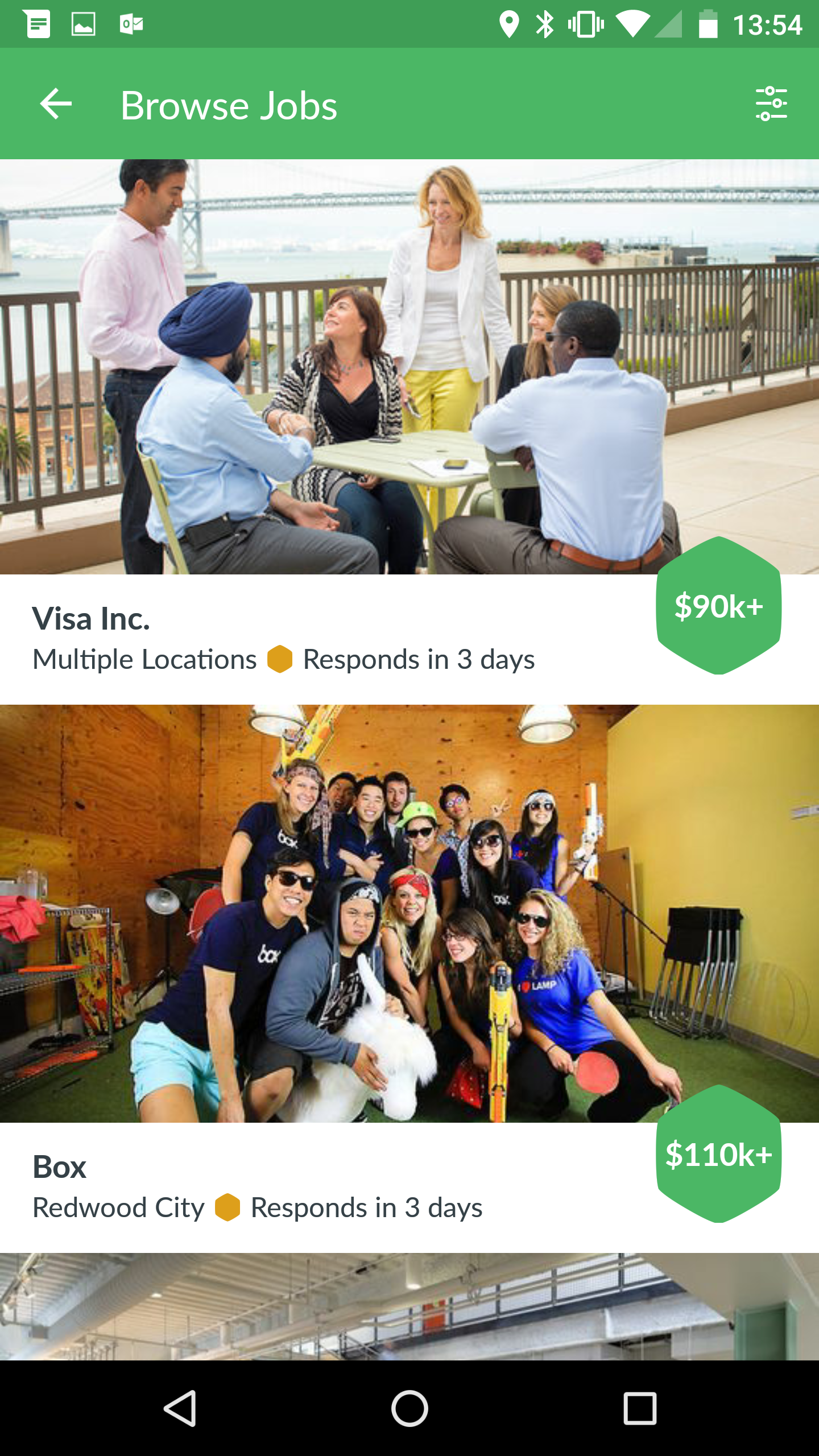 Recruiting software engineers is a massive headache for both startups and established companies. For a while now, HackerRank has tried to make both applying for these jobs and hiring the right talent a little bit easier. Today, the company is taking a major new step in this direction with the launch of HackerRank Jobs, a job search app that connects companies directly with software engineers who are looking for a new job.

The new service is available for iOS and Android, as well as on the web.

Like all of HackerRank’s products, HackerRank Jobs focuses on coding challenges. When you apply for a job, you get a coding challenge from the company and if you solve the problem to the company’s satisfaction, you’ll get a guaranteed interview call within a certain number of days (most companies on the service currently advertise a three-day turnaround). If you didn’t pass, the company will also notify you.

“When you are applying for a job, it’s a very opaque process. How many times have you applied on a company’s careers page with a resume and heard back? It’s a complete blackhole process,” HackerRank co-founder and CEO Vivek Ravisankar tells me. 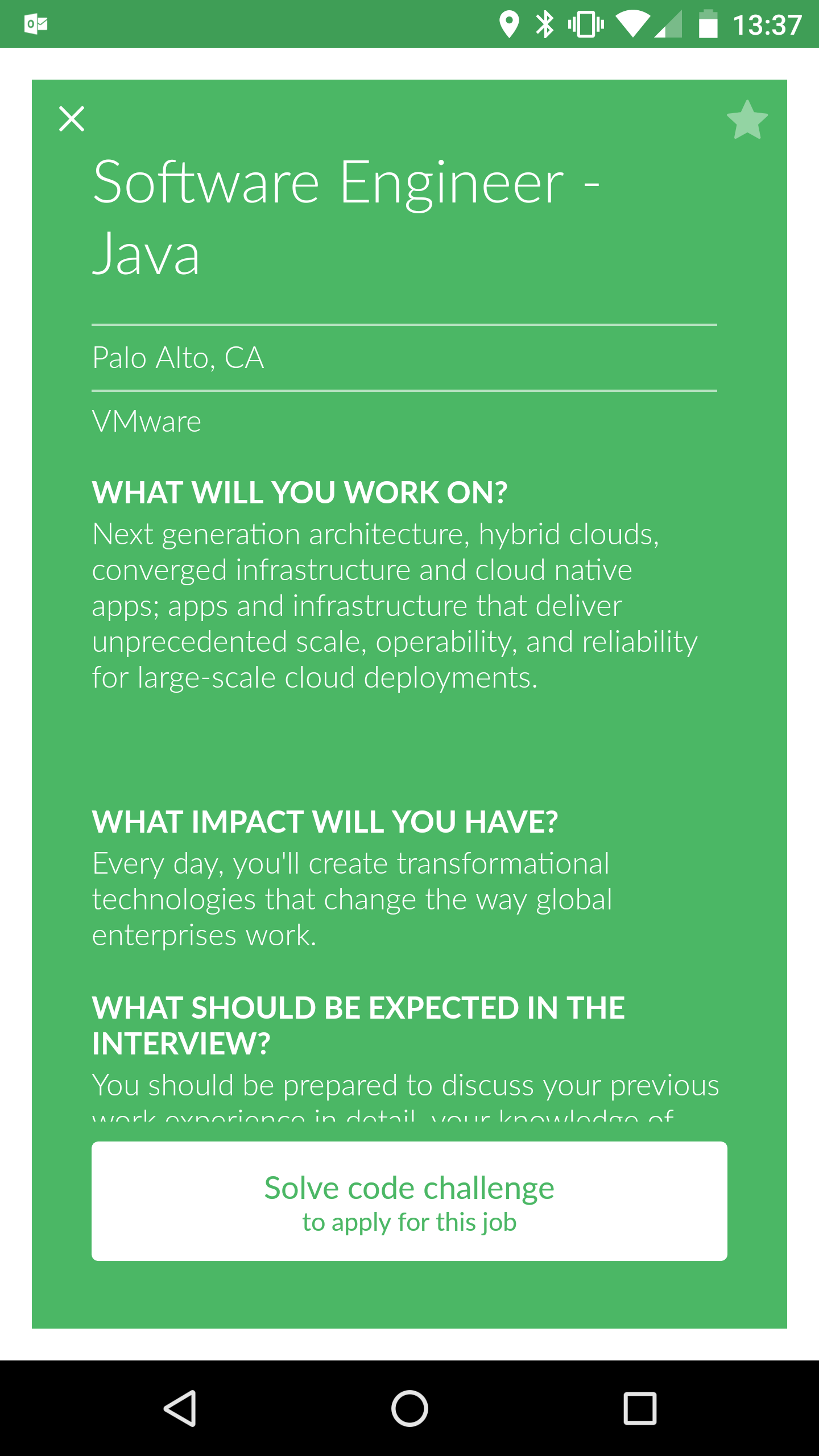 HackerRank is clearly trying to make the application process more transparent. Most of the companies that advertise on the platform also disclose the salary range for a given job, for example.

In case you are wondering, Zenefits is currently looking to pay between $130k and $160k for a Python engineer with Ember.js front end experience.

In total, about forty companies ranging from Uber to Atlassian, VMware, Box and even some mobile gaming companies are already using the service.

Chances are most companies will look at more than just your coding performance when making a hiring decision. Still, by making candidates take a coding test first, HackerRank will probably help them whittle down the number candidates who are clearly not qualified for a job, yet were able to write the right buzzwords on their resume to get a phone interview.

Ravisankar tells me that his company isn’t currently charging for listings on the service, but in the near future, companies will have to pay. Instead of a set fee, though, he tells me that HackerRank will charge as a function of the number of qualified candidates it gets. He also believes that this new service will become a big part of the company’s revenue in a year or eighteen months from now.

The service is currently open to companies in the San Francisco Bay Area, New York, and Bangalore, India. The company plans to add additional regions in the next few months.