Hassan Baig Contributor
Hassan Baig runs ClubInternet, a technology company focused on 'The Next Billion.'
More posts by this contributor

In the wake of the recent suspension and growing calls for permanently banning Internet.org‘s app(called Free Basics) in India, it seems a course-correction is now unavoidable for the initiative. A step in the right direction was announcing the Internet.org developer platform in May 2015, allowing developers to submit their web apps for consideration.

The idea was that the Free Basics team would appraise the web apps, publishing those that met a certain standard, giving published developers more eyeballs and Free Basics’ users greater choice.

And although these developer apps did not get the same visibility as the official partners Free Basics initially launched with (e.g., Bing, AccuWeather, Wikipedia etc.) — being relegated to a secondary tab within the Free Basics experience — it was nevertheless a step in the right direction from the earliest incarnation of the Internet.org app. 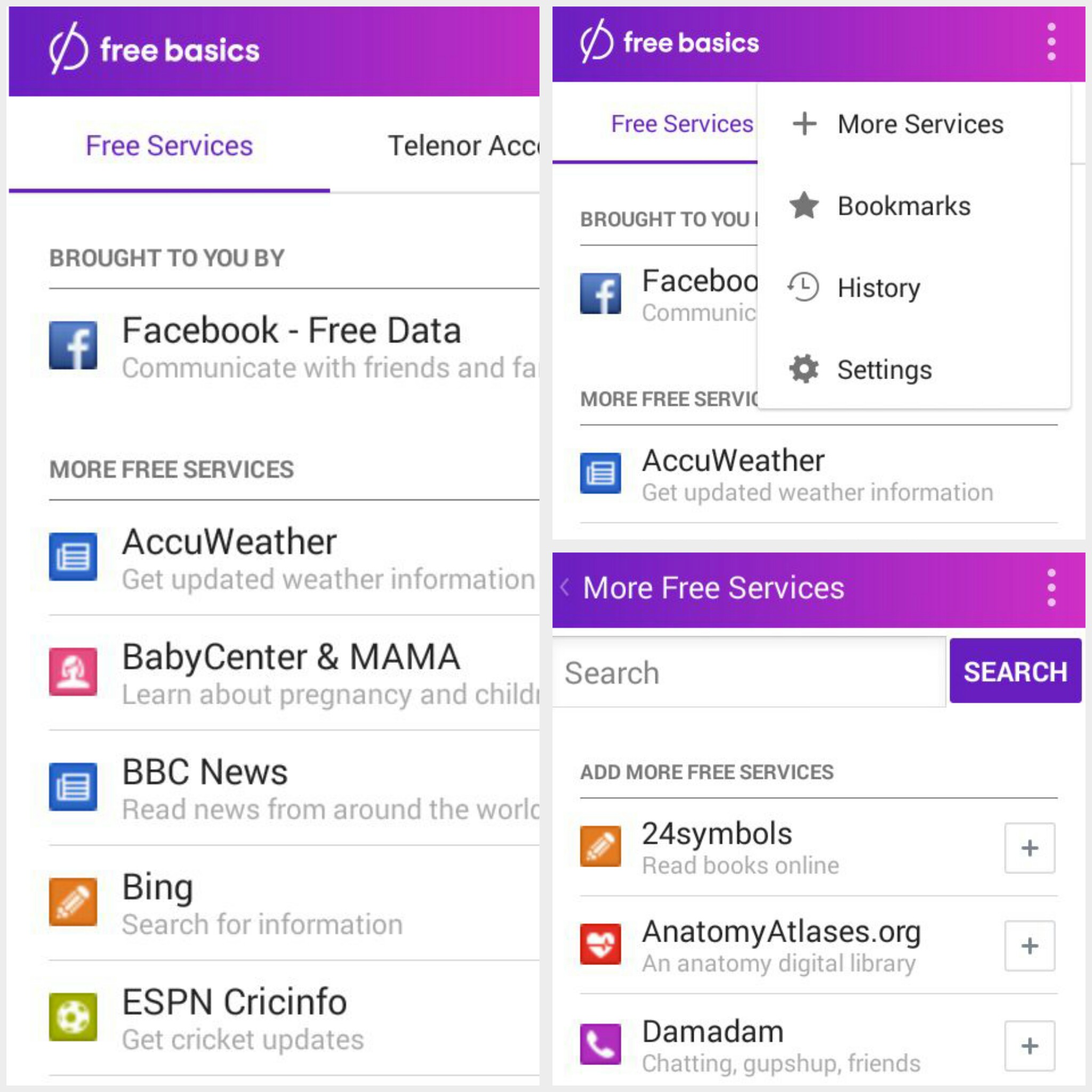 Internet.org envisions Free Basics as a kind of dial tone of the Internet — a default that anyone should be able to freely access as long as they are in a coverage area and have an Internet-capable device. And in inviting developers to this platform, clearly the brain trust behind the initiative was looking to ameliorate the critique that Free Basics is exclusive and beholden to corporate interests.

Not all of Free Basics’ criticism is rooted in objectivity.

But with the current suspension of Free Basics being enforced in India (Free Basics’ biggest test bed), it’s now obvious that the change hasn’t done enough to sway the tide. Where does it go from here? It’s hard to predict, but perhaps it’s high time to rethink the foundations of Free Basics and Internet.org.

Firstly, starting with Free Basics, why not entirely remove the hierarchical distinction between the apps of corporate partners and published developers, and provide a public API that can be integrated as long as a pre-defined technical and UX spec is followed?

There need not be strict appraisal in the middle; taking more of a Google Play Store approach than an Apple App Store approach. The spec could be finalized per country via consultations between stakeholders such as host governments, usability experts, civil society representatives, telecom operators and, of course Internet.org itself.

Moreover, Facebook could ameliorate another chunk of the criticism if it credibly anonymized user data on the Free Basics platform, discontinuing its policy of keeping excessive personally identifiable information.

From the user’s point of view, they’ll experience a monolithic list of organically sorted apps they can browse and try for free: no gatekeeping, no preferential treatment and transparently open to every developer who connects to the API.

Secondly, why not improve the rather rudimentary Free Basics product, too? For instance, from the current basic website listing, how about turning it into a tool that not only redirects newbie users to various web applications, but also shows them how basic digital conventions work? So far, it seems neither Internet.org nor those in opposition get what the state of being unconnected is like. Here’s a glimpse:

Is Google Usable? (abridged) from Hassan Baig on Vimeo.

This video is from an actual usability experiment (one of many my team has conducted). For those who naively believe that Internet.org’s Free Basics is undoubtedly inferior to free data schemes, there’s another side to the argument, as well. What do you think the test subject in the video above will try if given free, open access to billions of web pages? Nothing. He wouldn’t know what to do with it. It would be like giving a computer from 2016 to an American in 1960, and then further cranking up the challenge by throwing in illiteracy and languages barriers.

To be fair, there are exceptions — those resourceful enough to onboard all this tech through self-teaching. But such feel-good anecdotes fail to create a meaningful dent in all those vast regions of the world where entire generations have never developed a culture of using technology. Such demographics — forming the bulk of the four billion-plus unconnected worldwide — can really be helped in their Internet journeys if the tech is designed with their needs in mind.

Hence an app like Free Basics — meant to onboard newbies to Internet services — ought to include functionality to nurture the required mental models among its target demographic. Free Basics currently doesn’t do that, and that’s a miss. But that’s also an opportunity. An opportunity to build a product that even its staunchest critics will be forced to concede adds real, tangible value to the world.

Setting it all up… again

Thirdly, instead of running Internet.org like a department within Facebook, why not alter its structure to something akin to the Mozilla Foundation? That is, as an independent entity, not-for-profit and with a loose connection to Facebook’s core business rather than a direct one. This, too, can help sanitize a sizeable chunk of the negative perception that Internet.org has hitherto been unable to separate itself from. It signals alignment of incentives that will potentially diminish many concerns held by those on the other side of the fence.

Not all of Free Basics’ criticism is rooted in objectivity. The movement against it has snowballed into a kind of “me too” parade, where some of the most vociferous participants are shooting first and asking questions later. There are actual posters mocking Free Basics as a way of getting more players on to Candy Crush; there’s a YouTube comic likening it to “vaginal tightness gel” [sic]; there’s a marketer-turned-venture capitalist propagandizing it as “Facebook jail.”

Internet.org envisions Free Basics as a kind of dial tone of the Internet.

There’s speculation that Facebook is using subcontractors to bribe Indian government officials. Pro net-neutrality activists who — only a couple of months ago — lined up for selfies with Mark Zuckerberg on his trip to India, are now incessantly censuring him on their social media feeds. Most of this inanity distracts from what, at its core, is a serious debate.

Ultimately, as more people come online and become engaged users, many among them will get exposure to Facebook’s core offerings. This is inevitable because social networking is a veritable honey pot, and Facebook virtually owns the space with its triad of social networking, messaging and photo sharing.

Facebook does not really need to hold a conspicuous spot at the very top of Free Basics for this to happen, which is where it currently appears in the Free Basics experience, giving critics needless ammunition to second-guess the motive behind Internet.org.

Who would disagree that the world doesn’t need a “911-type service for Internet access” that helps onboard all, and is democratized for every developer? We just have to unearth the right model to do it. To be fair, the domain is in its infancy, and nobody can claim to be an expert in it; Internet.org’s teething pains are part of the process.

But what’s important is that Internet.org has begotten a conversation that the world needed to have. By evolving to the next step, it can move this conversation toward actualization, helping shape the lives of more than four billion people and their progeny yet to come.