Figuring out how to manage drone traffic over the United States to allow for drone delivery services and other drone-based service is going to be critical if Amazon and Google ever want to deliver packages to the backyards of their customers. Earlier this week, Amazon’s VP of Global Public Policy Paul Misener and Dave Vos, Google’s lead of Project Wing, as well as representatives from NASA and Intel, discussed their visions of how the FAA should go about coordinating drone traffic during a panel at the Consumer Electronics Show in Las Vegas.

While everybody seems to agree on some basics, there are also some subtle differences between how Google and Amazon want to approach regulation. 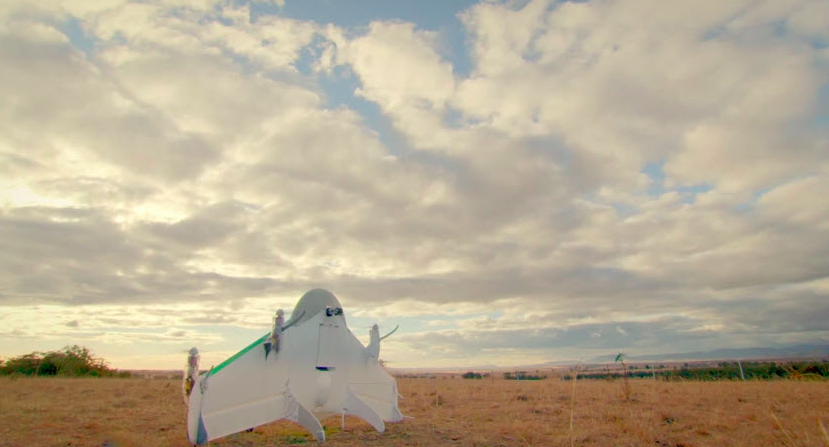 Here is Google’s proposal: the company basically wants a system where drones declare where they are and what they want to do before they take off. The centralized system then tells them that they are good to go — or that they will have to modify their plans a bit to allow for other traffic. Then, once the drone operator gets approval, the drone takes off and updates itself as it follows its path.

This means commerical drone operators would have to file a flight plan ahead of time and then take off and follow it. They could also request a little bubble of airspace for themselves to take photos in a certain area, too, and law enforcement agencies could cordon off an area for their activies, too. If something unexpected happens, the drones would handle it in flight and coordinate with the control system.

What Google basically wants is an automated version of the air traffic control (ATC) system that already exists today. Indeed, Vos noted that the biggest limitation on ATC today is that “humans have to be involved. If it’s fully automated, it can happen at the speed of processing.”

One other key feature in Google’s plan is that the communications link with the drone should always be non-critical. The drones need to be able to function without having a working connection to the operators’ and the FAA’s servers, after all.

Amazon, on the other hand, puts its emphasis less on a central coordination facility and more on in-flight sense-and-avoid technology. Misener noted that he largely agrees with Vos, but at the same time, he doesn’t agree with the assumption that having a collaborative environment will be enough. There will still be birds, balloons, kites and other manned and un-manned flying contraptions in the air, after all — especially at the low altitudes that won’t play nice with the ATC system.

Amazon, as far as I could gather from the discussion, is thinking about a collaborative sense-and-avoid system that isn’t so much focused on a central command-and-control structure and more on making drones can see and avoid each other, using their on-board sensors as they make their way to the backyards of Topeka, Kansas to deliver the latest Grisham novel.

One thing both Google and Amazon seem to agree on, though, is that the technology shouldn’t be baked into the regulation from the start. What they want is an agreed-upon framework that doesn’t suddenly lock the industry — which continues to innovate at a rapid clip — into a straightjacket while it is still figuring out the underlying technologies itself.

It’s worth noting that Google, Amazon and almost everyboyd else involved in commericial drone usage are working together with NASA and the FAA on the Unmanned Aircraft System Traffic Management (UTM) project. The general idea here is to carve out a space of airspace between 200 and 500 feet that would allow for commerical drone usage and to build a system that would allow for managing that traffic. This is a long-term project, though, and the results won’t come in until 2019. Google and Amazon surely would like to fly sooner than that.