Mark Zuckerberg and Bill Gates first teamed up in 2010 for a Wired cover that revisited the 25th anniversary of Steven Levy’s Hackers: Heroes of the Computer Revolution.

During the interview, Gates states that there are new and more opportunities for the hacker spirit to live on. “They need the same type of crazy fanaticism of youthful genius and naèfvetè that drove the PC industry — and can have the same impact on the human condition.”

Since that cover story, Zuckerberg and Gates have taken that hacker spirit and applied to becoming two of the most generous and well-known philanthropists in the world.

Zuckerberg has donated $100 million to schools in Newark, NJ; an undisclosed amount to the open-source project Diaspora; was one of the individuals involved with creating the Breakthrough Prize in Life Sciences; and, through the Silicon Valley Community Foundation, gives millions of dollars to healthcare, such as $75 million to San Francisco General Hospital.

As for Gates, he has long since left Microsoft to spend his time spearheading the Bill & Melinda Gates Foundation. He’s already donated more than $28 billion of his own fortune on initiatives that focus on preventing and treating diseases like malaria; introducing technology that can assist farmers in developing countries grow sustainable crops; and supporting educational programs in the U.S. that can tap into the potential of students.

Most notably, Bill Gates and Mark Zuckerberg are two members of the “Giving Pledge” – a project launched by Gates and Warren Buffet where billionaires would donate at least half of their wealth. Approximately 138 billionaires – which includes Larry Ellison, Elon Musk, Ted Turner, and Michael Bloomberg – have signed the pledge. Zuckerberg, an original signer, has recently upped the ante by announcing that he would away 99% of his Facebook stock, worth $45 billion, to the pledge.

But, Zuckerberg and Gates are once again teaming up in one of the most ambitious projects during their philanthropic careers.

The timing was appropriate for the announcement of the Breakthrough Energy Coalition. It occurred on the eve of the COP21 climate change conference in Paris. In a Facebook post announcing the coalition, with his wife Priscilla and Gates, Zuckerberg stated:

“Solving the clean energy problem is an essential part of building a better world. We won’t be able to make meaningful progress on other challenges — like educating or connecting the world — without secure energy and a stable climate. Yet progress towards a sustainable energy system is too slow, and the current system doesn’t encourage the kind of innovation that will get us there faster.”

He also added that “The Breakthrough Energy Coalition will invest in ideas that have the potential to transform the way we all produce and consume energy.”

Paralleling the announcement of the coalition, Gates joined the leaders of 20 nations for Mission Innovation, which according to its website, “aims to reinvigorate and accelerate global clean energy innovation with the objective to make clean energy widely affordable.”

The participating countries plans to increase annual spending on research and to $20 billion. On the private sector, Gates and Zuckerberg are among 28 wealthy investors, which also includes Richard Branson, Jeff Bezos, and Jack Ma, “will provide capital for early, high-risk research on the most promising technologies.” 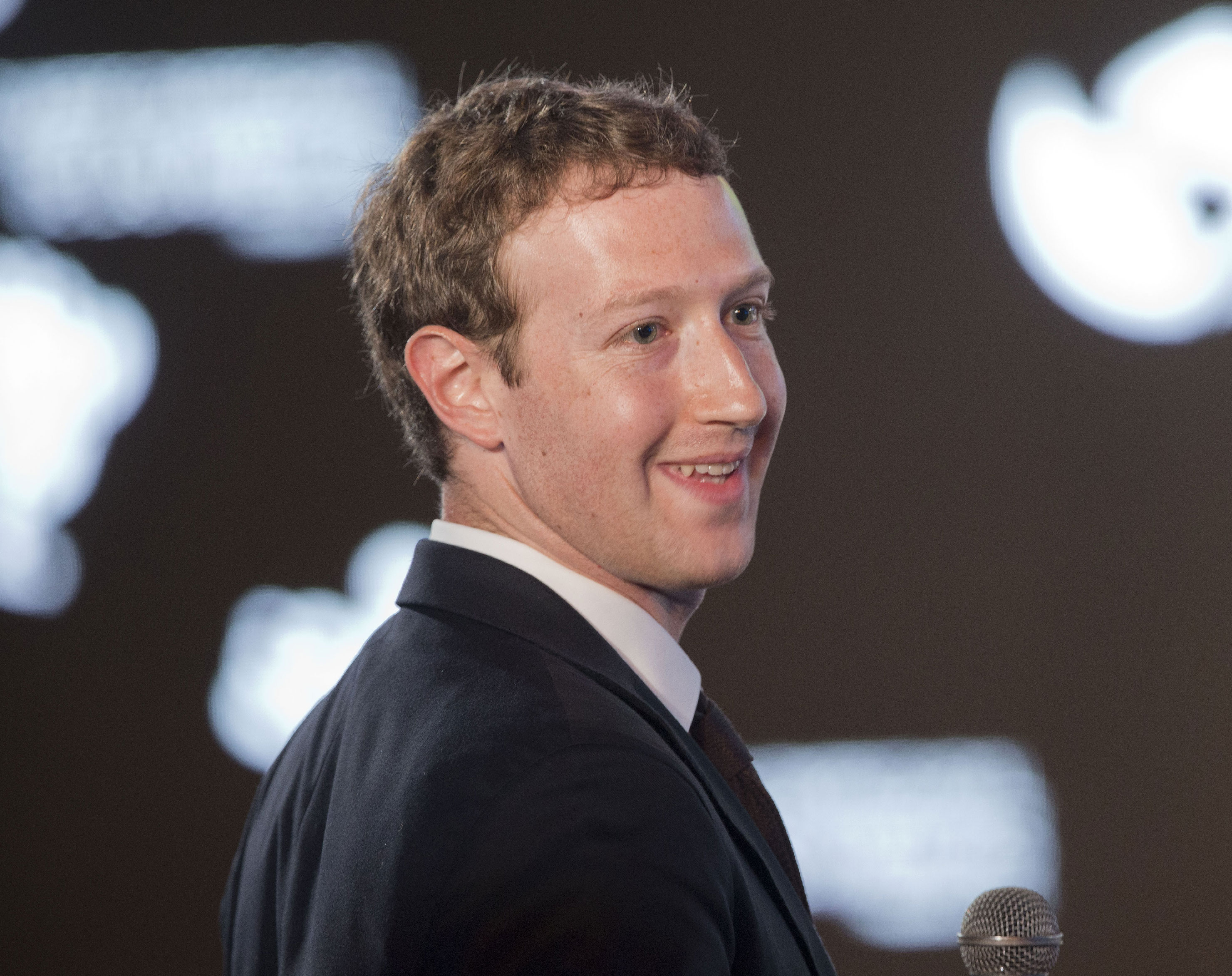 What Does This Mean For Clean Energy In 2016?

The biggest question that we should be asking is whether or not is how the Breakthrough Energy Coalition is going to affect the future of clean energy.

Fulfilling A Need For Clean Energy

The Paris-based International Energy Agency conducted a study which found “that despite a few recent success stories, clean-energy progress is falling well short of the levels needed to limit the global increase in temperatures to no more than 2 degrees C.” Furthermore, the IEA claimed that “it will be challenging for the world to meet its climate goals solely through the UN negotiation process that is expected to yield an agreement this December in Paris.” Because of this, the IEA suggests that there is an urgent need to develop and deploy “groundbreaking technologies” to combat the changes in climate.

Both Gates and Zuckerberg have been aware of this as well.

In a blog post from July 2015, Gates announced that he had planned to “invest $1 billion in clean energy technology over the next five years.” As for Zuckerberg, he notes that Facebook has already been investing in renewable and clean energy at the company’s facilities.

The Breakthrough Energy Coalition is continuing to address the need for clean energy by bringing together both the private and public sectors, which have a bigger impact than the measures already taken by Gates and Zuckerberg.

Given the recent ‘historic’ deal announced at COP21, with a total of 195 countries  agreeing to limit global warming to below 2C by the end of the century, it makes sense to strike while the iron is hot and continue to push for active participation in research and development for clean energy solutions.

As UN Secretary General Ban Ki-moon said, “The time has come to acknowledge that national interests are best served by acting in the international interest. We have to do as science dictates. We must protect the planet that sustains us. We need all our hands on deck.”

The Coalition Will Attract Investors

Just like the “Giving Pledge,” the Breakthrough Energy Coalition will be able to attract the world’s wealthiest entrepreneurs and investors. While part of that may be due to competition or being socially conscious, the fact is that the coalition is making clean energy a profitable opportunity for the private sector.

As mentioned on its website, “These investors will certainly be motivated partly by the possibility of making big returns over the long-term.”

Gates and Zuckerberg both realize that investing in clean energy is good for business. As Gates states in his July blog post, “of all the people who will be affected by climate change, those in poor countries will suffer the most.” He adds, “affordable clean energy will help fight poverty.”

In his recent trip to India, Zuckerberg stressed the importance of connecting everyone in India online. The reason? India could become Facebook’s largest market. By giving providing widespread internet access in India, new business opportunities, such as in the energy sector, could bring billions of people out of poverty.

The Microsoft and Facebook founders know that clean energy is important for business. If clean energy has the power to introduce new job opportunities and decrease poverty, then why wouldn’t investors follow the lead. Amazon, Virgin, and Alibaba also seem to realize this, which is why they’re already a part of the BEC.

As Ernest Moniz, the U.S. Secretary of Energy, believes, “New energy supply, demand and infrastructure technologies will generate expenditures at the trillion-dollar scale. Benefits will surely accrue to the early innovators.”

Moniz also notes that both the public and private sectors have realized the importance of research and development in clean energy. And, that’s exactly where the BEC is aiming to do.

On its website, the BEC states, that the “current governmental funding levels for clean energy are simply insufficient to meet the challenges before us.” The site goes on to say;

“We must also add the skills and resources of leading investors with experience in driving innovation from the lab to the marketplace. The private sector knows how to build companies, evaluate the potential for success, and take the risks that lead to taking innovative ideas and bringing them to the world.”

Research and development has been effective. Joe Romm, in an article for ThinkProgress, proudly exclaims that since the mid-90s “the clean energy R&D push succeeded beyond most people’s wildest dreams — a more than 99 percent drop in solar PV costs since 1999 and a 95 percent drop since the late 1990s!”

Romm goes on to say of the BEC that “while a boost in cleantech R&D funding is always welcome, what is most needed now is money for accelerated deployment and project financing of technologies that are now market-ready.”

Whether that is the case or not currently, bringing together the private and public sectors could lead to funding for clean energy technologies that are market ready.

Other efforts also illustrate the shift in terms of the business world and investor community taking on a larger role in addressing clean tech solutions versus previously leaving it in the hands of scientists and government. For example, it’s exciting and inspiring to see annual competitions like the recent Clean Tech Open, which is the largest accelerator of early-stage clean-technology companies. Recently, it announced the winners of the National Accelerator, Global Ideas competition, and Global Cleantech Innovation Program (GCIP), all of which are geared at encouraging the R&D effort while supporting entrepreneurs to focus on launching cleantech startups. To date, Cleantech Open has helped companies to raise more than $1.2 billion in external funding over the past decade.

It definitely helps to have people like Bill Gates and Mark Zuckerberg leading the charge, but we need to be aware that everyone can make a difference in winning the war on climate change. Whether it is 195 countries reaching an agreement, more competitions and investors funding clean tech startups, or Goldman Sachs and other investment firms backing low-emissions stocks, the point here is that united action is being taken and will need to continue until we reach our emissions goals.