Can an app replace the selfie stick? Sadly that seems a forlorn hope at this point. The plague of wands topped with phone clamps and wielded by photo-loving tourists everywhere seems unstoppable.

But San Diego-based iOS developer Ford Davis reckons the need to carry an extra bit of kit just to snap a selfie (or a ‘groupie’ or whatever else kids call photographs these days) could at least be reduced with better self-timer software. So he’s put together a free face-detecting app, called Selfie Stick, that lets you take selfies and hands-free photos just by tilting your head. 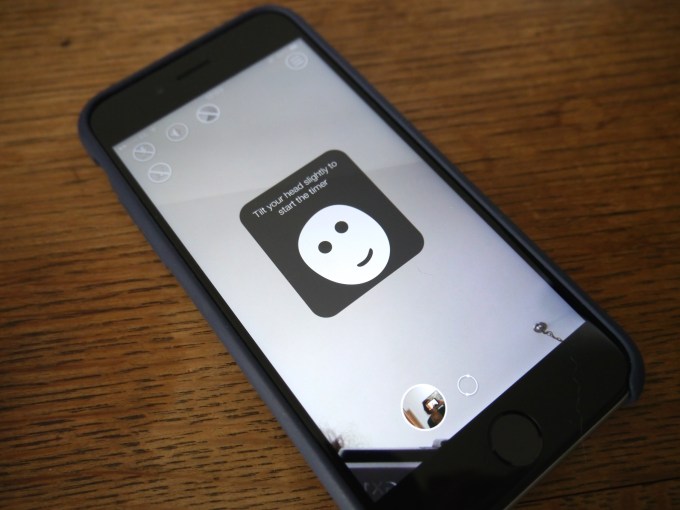 Now I say ‘just’, however the app actually requires some pretty extensive head tilting to trigger the timer at this inaugural stage (v1.0). And the tilt detection seems to work a lot better if the phone is in portrait orientation vs landscape. So be prepared to do quite a bit of rubber necking before you get to take your shot.

You need to do enough tilting for a green circle to be fully drawn on the screen. At which point the process takes place in reverse, with the green circle disappearing and changing color, through orange to red — to show you how much time is left before the shot is taken.

A pleasing piece of design, although the amount of time that can be required to rubber neck the green circle into being vs the speed at which it then zips down and snaps a shot can feel rather out of balance. And with all the limbering up you might well have forgotten which duck pout you were intending to pull before the shutter fires… #FirstWorldProblems

The app is also definitely little glitchy at this early stage. Davis admits it’s “not flawless” but he is just a one-man-band working on the project in between contract work, adding: “I’m not funded, I don’t have a company or any employees so I’m not technically even a startup, just a guy with a macbook and some crazy ideas.”

If you’re not holding your phone to use the app you’ll of course need to have propped it up somewhere. So it’s not really going to persuade selfie stick loyalists to switch, given they know they can shoot themselves and their friends anywhere they like so long as they have their trusty stick to hand. But for anyone who doesn’t own, and doesn’t want to own, a selfie stick then this software alternative offers a less cumbersome/socially awkward — and free — alternative.

Selfie Stick follows other software self-timer apps including voice triggered options, and apps that snap a shot when you smile. But happily this app does not pre-determine the facial expressions that will appear in your photos — so your selfies can be as moody as you like… 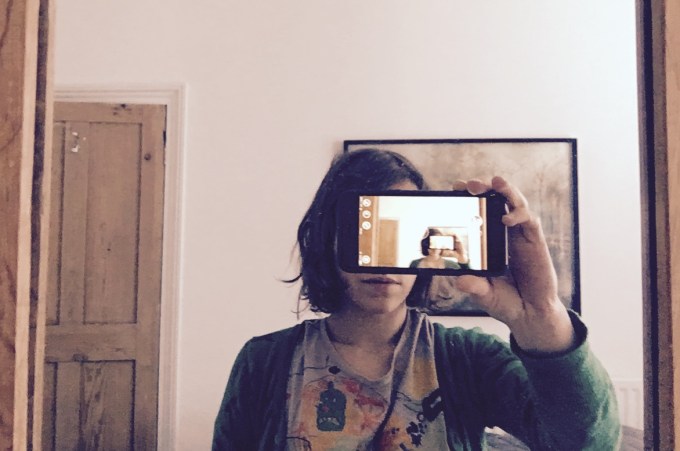 Other features include an audio aid for the timer countdown and to help you determine how much more tilting you need to do to trigger a shot (if you’re using the rear camera and can’t see the screen), and a face detection pinger to help you figure out when you’ve got your visage in the frame.