Slack’s rocket ship has a new co-pilot. April Underwood, Slack’s former head of platform who just launched its App Directory and Slack Fund, has leveled up to become the startup’s VP of Product. Underwood joined Slack in June after nearly five years at Twitter where she was a Director of Product.

Putting the head of platform in charge of the entire product shows Slack’s commitment to making outside developers core to the workplace chat app‘s experience. With Underwood’s guidance, Slack’s product could seamlessly expand to handle the niche needs of any business.

While Slack’s competitors might be able to clone its basic functionality, they’ll have a tough time mirroring the ecosystem of developers drawn by Slack’s remarkable momentum, buzz, and $80 million dev fund. 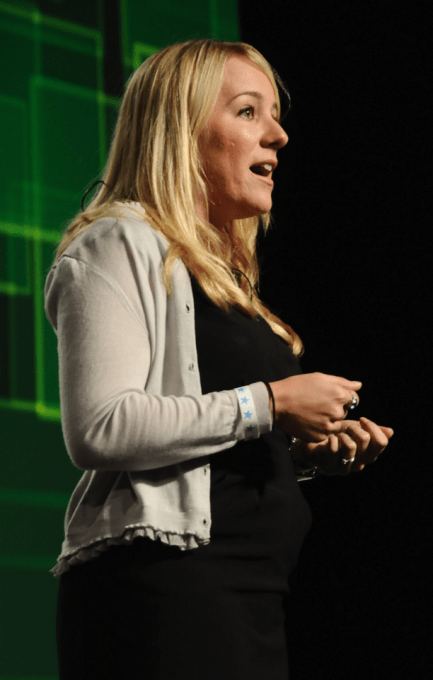 “April made a huge impact as Head of Platform” Slack CEO Stewart Butterfield tells me. “We’re excited to see that influence expand as she takes on a larger role.” When Underwood was hired as Head of Platform in June, Slack CEO Stewart Butterfield told Forbes that “April’s pretty rare in the sense that she’s done business development and engineering.”

Underwood previously interned at Apple and 3M, and has done stints at Deloitte, Intel, Travelocity, and WeatherBill. She managed content acquisition and monetization for Google’s core products as a Senior Partner Technology manager from 2007 to 2009. This year she co-launched the #Angels fund as a founding partner.

At Twitter Underwood had a prolific run from 2010 to 2015. She was a product manager on the first versions of the Tweet and Follow buttons, and worked on Twitter’s firehose and location feature. She built the Ads API and much of the advertiser experience, and ran all of Twitter’s search partnerships with Google, Microsoft, and Yahoo. Oh, and she forged Twitter’s biz dev team as its Director.

Essentially, in an era when Twitter was otherwise notoriously stubborn about shipping, Underwood got things done. 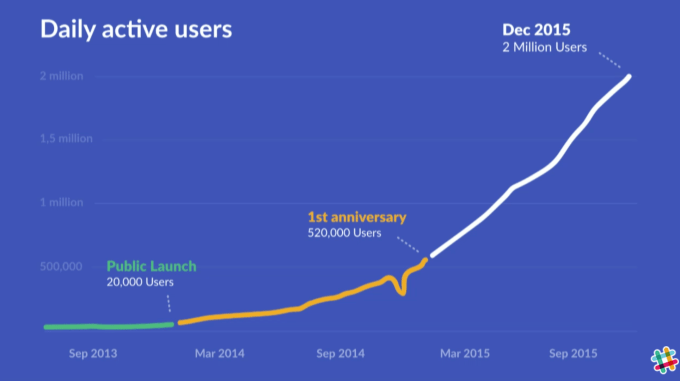 Now she’ll have a massive amount of user engagement to sculpt with Slack. The company has 2 million active users, and Butterfield says “people spend on average 10 hours a day connected to Slack and a little over 2 hours of active usage.”

This makes Slack a uniquely high-leverage place to be a VP of Product. Because everyone in the workplace needs messaging, Slack can be ubiquitous and heavily used enough to serve as a de facto identity and social layer for the enterprise. From there, it could potentially conquer adjacent markets to chat and become a hub for more sporadically used workplace products.

How this happens will rest largely on Underwood. One aspect of the product to watch: the user profile. Personal customizations could unlock more productivity. And direct integration with expense account payment options could let employees buy services, travel, or software like Slack integrations for their business straight from Slack.

Butterfield concluded that “2016 is going to be another big year for us and April’s leadership and ability to recruit will be very important as the company grows.”