Reality: 2015 was the year when the media world’s new digital realities hit home on a mass scale. Too many data points to mention — but, on the domestic front, I’ll focus on one: Comcast/NBCUniversal. This multi-tentacled media behemoth had barely made a digital move in 2014 — but in the second half of 2015, it was practically on fire.

First it invested $200 million into Vox Media. Then, in less than a week, another cool $200 million in BuzzFeed. Then, it launched its mobile-first short-form video platform “Watchable.” And, in case that wasn’t enough, it separately announced its longer-form standalone subscription OTT companion to Watchable — i.e., “SeeSo.” Now that’s making a digital statement (which Comcast/NBCUniversal finally — and smartly — did).

Reality: Ad dollars shifted from “traditional” to digital/mobile in real, eye-opening ways, the magnitude of which is still not fully appreciated. Even ESPN — THE traditional media world’s cash cow — was not immune. ESPN is the proverbial canary in the coal mine. If it had to shed 4 percent of its workforce in light of new digital marketing, OTT and consumer behavioral realities (which it recently did), then you know (or better know) that times are changing.

Even tortoise-like Viacom — perhaps the slowest major U.S. media company of all to move digitally — is finally making noises about placing major bets amidst these new realities. Specifically, it is reported to be developing its own Nielsen audience measurement “killer” — a new digital measuring platform it calls “Project Gemini.“ But, the question here is, why build slowly when you can buy or rent right now? Speed is at a premium in this brave new digital world. My vote is “buy!”

Reality: YouTube no longer stands alone at mass scale in this digital video world. I have written about this several times over the course of this past year. “The force is with” Facebook already, and in a very big way — it is a behemoth alternative platform that increasingly matters to video creators (just ask major MCNs/MPNs like Whistle Sports). Same with Snapchat, which is now a bona fide media company (and not just your kids’ communication platform).

Then, there is still-stealth-like Vessel and an increasing cast of thousands (I would love to see some metrics posted by Vessel). YouTube’s competition is real, very real for the first time — and that’s precisely why it recently reacted to these competing forces (and resulting expanded consumer choice) by launching its YouTube Red ad-free paid subscription service.

Even the mother-of-them-all smartly concluded that it can’t stand still (even if it had to break a few creator eggs in the process). I applauded YouTube at the time for acting, because no media company of any size should be doing anything but! Your actions may not always work, but it’s experimentation time. You simply must be in the game. And, as they say, you cannot be afraid to fail. Failure is an option in this context. 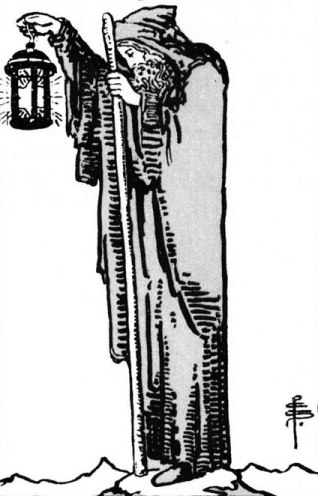 Prediction 4: Traditional pay-TV packages, likewise, come under fire in the “Great Unbundling” that began in 2014.

Reality: Virtually every media company has now (again, smartly!) either launched or has announced that it is launching its own standalone paid subscription OTT service (NBCUniversal’s “SeeSo,” CBS’s “All Access,” ABC’s “WatchABC,” Univision’s just-announced “Univision Now,” “HBO NOW,” Showtime, Nickelodeon, Comcast “Watchable,” Dish’s “Sling TV” … the list goes on and on) — not to mention all the others out there focused on particular vertical/niche programming (how about the WWE’s chair-smashing pseudo-wrestling-focused streaming service? It is killing it!).

There’s gold in them thar vertical hills populated by a particularly rabid and underserved customer base!

But, in this era of the “Great Unbundling” (which, again, directly impacts even media stalwart ESPN), how many of these paid subscription services can the market take? Certainly a subset of all these choices. The market “noise” is great — so there will be blood. But, in the immortal words of Yoda (who is sure to be oft-quoted this holiday season), “Try you must!”

Reality: We see media companies increasingly venturing into tech; case in point, Warner Brothers’ and Sony’s hoped-for “Netflix Killer” OTT joint venture with Singtel in Asia). No mega-acquisitions have happened yet. Neither Google, Amazon nor Apple (nor Alibaba!, which just bought Chinese YouTube Youku Tudou for $4.8 billion) have bought any of the major U.S. media companies. But all easily have the cash to do it. Will we see that happen in 2016?

Prediction 6: On the music side, businesses move away from standalone services.

Reality: As massive as both Spotify and Pandora are (and they are!), they are not even remotely profitable based on subscription revenues alone. That’s why Pandora just recently (and smartly) announced two major strategic moves to diversify its singularly challenged business model.

That last move does little to change its pre-Ticketfly one-dimensional business model. But, it is a major reaction to its long market slide over the past two years. Spotify also hears the music — and just partnered with Songkick to add its new “Concerts” feature that gives it a hoped-for major new revenue stream. I applaud these efforts to diversify, because all standalone services must (as I have written several times previously).

But will these moves be enough? I still don’t rule out M&As (as in, being eaten by even bigger fish — in this regard, the “usual suspects” in Prediction 5 above apply here too). This could happen in 2016. Pandora is becoming cheaper by the day.

Reality: This prediction focused on game developers increasingly transforming themselves into multi-platform media storytellers a la Rovio. Certainly we are seeing accelerating moves and investments to that end — and I conferred with games expert and Manatt Digital Media colleague Patrick Sweeney to get his thoughts.

He pointed out that, for game developers, it is not just about original IP for their stories. He gave me several examples based on existing properties — including “Laura Craft Go” (a mobile strategy game based on Tomb Raider), “Fallout Shelter” (an interesting resource-gathering twist on a classic game console title), and Pac-Man 256 (a new mobile spin on one of the most classic game titles).

Based on all this action — and Patrick Sweeney’s outside objective confirmation — I’ll mark this prediction off as being a “yes.”

Prediction 8: Gamers take to wearables … we see an Oculus under every hard-core gamer’s tree.

Reality: This prediction was all about virtual reality (VR), and how it stands to radically transform the gamer experience. But, 2015 represents so much more than “just games” in the fast-transforming immersive world of VR and AR (augmented reality).

This is the year where massive bets were made (significantly more than I anticipated, by the way) to accelerate mass VR adoption in not only games, but in live “experiences” and story-telling in general (not to mention other remarkable use cases I touched upon in a recent blog post where I interviewed VR/AR thought-leader Mike Rothenberg).

No, we will not see an Oculus under every hard-core gamer’s tree this Xmas. I was a bit premature on that one. But not by much. Those premium VR headsets from Oculus (as well as the growing list of others, including behemoths Samsung, HTC and Sony) are coming in Conehead-inspired mass quantities in early 2016 (I particularly like what I see with the HTC Vive). We will see millions of those premium headsets (not just Google Cardboards) sold in 2016 (much like what we saw in the early days of game consoles) — which means that 2016 will see mass adoption and the early mainstreaming of VR.