2015 was a big year for video — especially when it came to user-generated video.

Now there are services like Periscope and Meerkat, which are enabling users to broadcast the world around them live. We also saw YouTube launch a subscription model. And, according to Bessemer Venture Partners’ Ethan Kurzweil — who led the firm’s investment in Twitch — we’re right on the cusp of a big shift for advertisers heading into different video mediums.

In recent years, we’ve also seen the emergence of stars on these various platforms — and ways for brands to coordinate with them in order to produce marketing campaigns. Twitter acquired a service that does just that — Niche — in February this year, and the company also acquired Periscope in March this year.

When it comes to what Kurzweil calls influencer marketing, however, this is just the tip of the iceberg. We chatted with Kurzweil to get his predictions for video in 2016, as well as a look at the big moves that happened in 2015.

Ethan Kurzweil: Many new user-generated content (UGC) platforms emerge around video. We’ve seen, if you think about this, there’s not that  many that are major yet. There are some premium ones like Hulu and Netflix, for UGC there’s Twitch and on mobile there’s Periscope and Meerkat. There’s gonna be, I predict, a handful of new ones in 2016, I can’t tell you who they are, but they’re gonna emerge and happen. Twitch, it’s just live gaming content — what else could we do that’s UGC, that’s not necessarily live? There’ll be this verticalization of content beyond just Twitch. It’s really hard to predict what hits first. 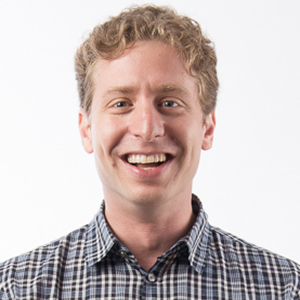 I also think influencer marketing becomes more of a mainstream phenomenon in 2016. It’s a highly effective way of brands communicating with their audience via a modality that millenials [understand]. [We had] the rise of influencers in 2015, new media celebrities that are totally organic and self-made just using Youtube of Instagram or Snapchat, they create awesome content that millenials follow. There are tons of these stars that make themselves, and have no one involved in hollywood or any agents or producers or whatever, until they get big — they’re self-made. I think influencer marketing is a way to tap into that phenomenon early on. I think we’re gonna see a mainstreaming of that, brands are going to try to get a piece of that. It’ll be interesting to see how that model plays out and what the ultimate ramifications are.

There’s also gonna be a whole economy around software products for brands and agencies and advertisers to understand the new world. From analytics to production stuff, helping them be more effective with how they engage with self-made stars in this new media.

EK: User-generated video became a phenomenon that people watch en mass. UGC hit the web and there are tons of sites out there for video, before it was Youtube and nothing else, and now there are a bunch of interesting other players out there. They have meaningful minutes behind them and are actually taking in a way Youtube never could advertisers’ attention away from terrestrial television for what’s a non-premium experience. For television, the reason the ad dollars are so high and the ad spend is so great, the networks and producers have been telling advertisers they want that premium environment, and we’re finally getting over that with UGC that’s over the top.

“There’s also gonna be a whole economy around software products for brands and agencies and advertisers to understand the new world.” Ethan Kurzweil

TC: What’s prompted that change in mentality for advertisers?

EK: Time and people’s comfort with the various new media that exist, and some is evolution of ad formats and native advertising. Part of it was research and analytics around ads, and part is people’s comfort with watching new forms of entertainment that aren’t necessarily scripted television content. Advertisers are people too, and they find themselves watching, they understand they can break through in this media. Theres a snowball effect when those things happen, it creates the momentum toward the movement of ad dollars. There are some early adopters that do it first, and later adopters see the success and jump on the bandwagon, kind of like adopting the cloud in the enterprise.

TC: What convinces these advertisers to jump on board?

EK: Some of it is catering to their needs around the types of content and giving them tools to get a sense of the effectiveness of their advertising and the environment, giving them more control around the ads and content-watching experience, and giving them [insights into who’s] watching and how they’re doing it. That’s part of the pitch that’s probably resonating. I know another part is a move to both native advertising content — it’s not just ads, those ads are very effective, and this new type of marketing approach that’s basically advertisers paying to have influence over what the personalities are saying and promoting. Influencer marketing is the term the industry is adopting for now.

TC: What are your big takeaways for video in 2015?

EK: You always overestimate the near term and underestimate the long-term. [This proliferation of video], It didn’t happen as quickly as people initially predicted. It took a decade or more to see the beginnings like we’re seeing now. Now it’s very predictable. This cord-cutter phenomenon is not unconnected to that, I don’t need Comcast [to watch video]. I just want to subscribe to what I want, whether it’s premium or user-generated — that’s all happening now, and it still feels small in the grand scheme of things. If you’re an ad executive you’re not freaking out yet, but you should be freaking out, we’re crossing the chasm on that.


You can’t put the horse back in the barn at this point. It’s happening, and I think people have seen from the way the music industry tried to keep the leaky bucket of flow for too long, that strategy won’t work. People will find a way, whether it’s through pirating content or through other means, or developing their own content that’s almost as good, the whole TV world is going to be grappling with this trend moving into 2016. That should be all they’re thinking about.

EK: It’s all sort of incremental. Video quality’s getting better, there’s been some technical innovation around watching video — it feels like a television-watching experience in the quality of the video, there’s more interactivity to it. One of the biggest innovations in that whole world was someone hacking twitch to play Pokemon. [Thousands of people played] a Pokemon game remotely. The technology behind that is pretty simple, but it’s a whole bunch of incremental things that when you put it together and get the right product experience, it makes that work. The real innovation is the product experience, figuring out not how to port television but build a native experience that takes advantage of the form factor of mobile, that’s what’s making this happen at this point.