CellSavers co-founder Itai Hirsch was not a fan of driving to a local repair shop after he’d broken many of his phones and tablets.

So he decided to take a run at building CellSavers, an on-demand repair service that’s like an Uber for smartphone repairs. To do that, CellSavers has raised $3 million in seed funding from Sequoia Israel. CellSavers connects users with technicians that will come to them and repair a broken battery or a cracked screen. A cracked iPhone 6 screen repair, for example, costs $99.

“We look at how Uber changed the way from hailing a taxi in the rain to pressing a few buttons from your mobile device, that’s how we look at the process,” Hirsch said. “It’s very limited interaction between the end-user and the technician. When you’re distressed and you break your phone it’s a low point in your day, and we try to create this positive experience. We see this as a lifeline, we want to make sure you aren’t without your device for more than 30 minutes.” 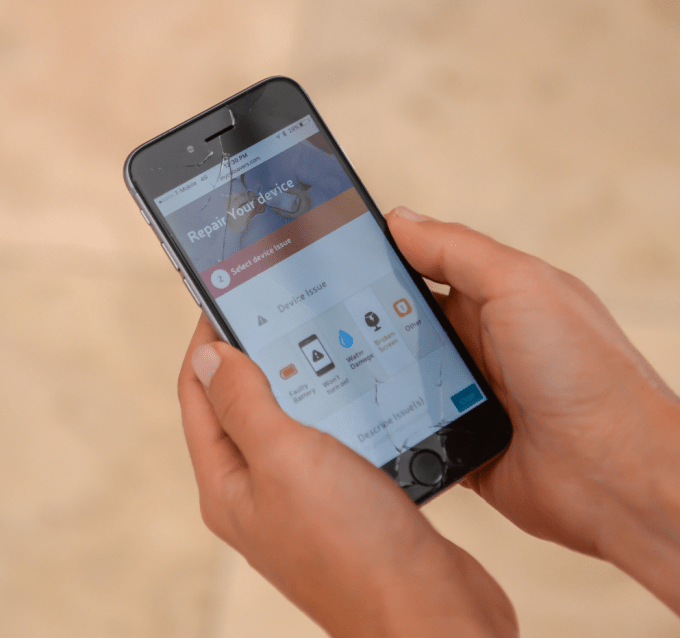 The goal is to bring a technician to the user within 30 minutes (the average response time in New York City for the company) in order to repair their device — though, that’s easier said than done. The company has a real-time match-making algorithm that connects technicians with the right skill sets to users that need repairs.

One of the hooks for CellSavers? It builds up trust with its technicians before tasking them with some of the most difficult repairs. The service has three levels of technicians, and as those technicians do more repairs and the reviews come in, they basically get access to more jobs, Hirsch said. That vetting process is designed to not only ensure quality in repairs, but trust in those technicians, and technicians average about $25 to $30 an hour, he said.

“A lot of our technicians are actually Apple employees or started there, they join our platform,” he said. “They gradually increase their demand with time, we do end-to-end reviews, a lot when they start working with us try to make it into a full-time position just because our earnings with us are far more than the average paid retail store.”

There are a lot of analogies to other phone repair services, like iCracked, however — which will likely prove to be stiff competition for CellSavers. The company is not an agency, Hirsch says, and the user only interacts with the company through the app. CellSavers’ primary competition, he said, are local repair shops that are frequently visited — and the goal of the company is to ensure that users don’t have to drop off their devices and be without them for a long period of time, he said.

Hirsch also wants technicians to be able to travel to wherever the user is, and often that ends up being a gym, he said. It’s not all that surprising — it’s a somewhat precarious place where you could easily break a phone — but those destinations should also be homes, coffee shops, or even for travelers who just accidentally smashed their phones.

From day one, Hirsch said he focused on making sure the unit economics for on-demand repair worked in the company’s favor. The company didn’t subsidize its service right away, and hopes to ensure that as it scales it continues to be a healthy business. That’s not going to be easy, as on-demand in general is a tough place to work in, but Hirsch said that the company’s business model is one of the things that attracted Sequoia in the first place.