The real goldmine for Uber is in becoming the transportation backend for tons of other services, not just its own apps. Now this logistics layer strategy is coming to fruition through a partnership with Operator, the chat-based shopping assistant backed by Uber co-founder Garret Camp.

Together, Uber and Operator they could compete with Amazon’s massive warehouses by aggregating inventory for instant delivery from local shops that are closer nearby.

Today, UberRush begins powering 1-hour delivery for Operator in San Francisco. At first, over 100 of the most popular gifts from the Westfield San Francisco Centre mall and Saks Fifth Avenue will be available for immediate arrival. 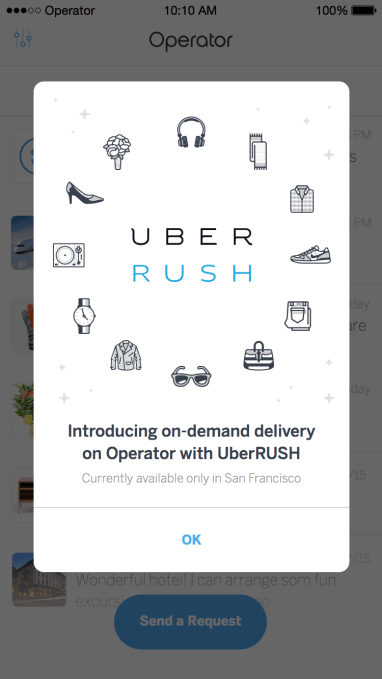 When Uber officially launched UberRush in October, it began offering delivery through merchant tools Shopify, BigCommerce, and Clover, as well as specific on-demand services Delivery.com, ChowNow food, and BloomNet flowers. But those on-demand services only work in limited cities, and the merchant tools require business owners to set up their own UberRush integration. Until now, Operator worked nation-wide though only with traditional shipping options.

But the Operator partnership could eventually bring one-hour delivery to businesses across the country without them having to even think about it. All shoppers do is send Operator a plain text chat request for something they want, Operator finds and buys it for them, and an UberRush courier picks it up and delivers it in an hour.

“We’re excited to work with Operator to make this year’s shopping experience a breeze” said UberEverything head Jason Droege. “By using UberRUSH as the infrastructure for on-demand delivery, Operator can now help users save time discovering the products that they’re looking for and get them delivered within a few hours.” 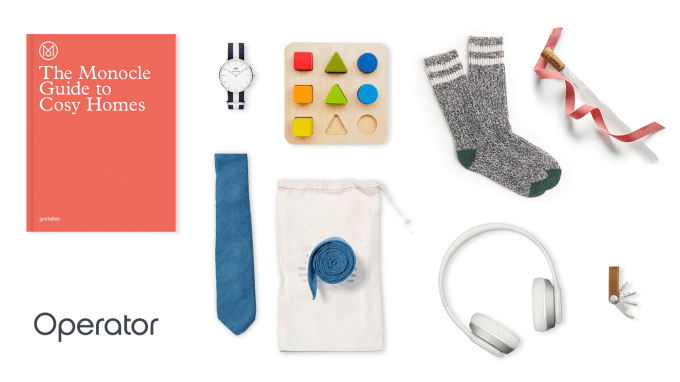 Operator was in stealth for two years before we broke the news of its existence. Funded and built by Camp’s startup studio Expa, Operator opened its public beta last month. The app connects you over chat with human experts in clothing, electronics, gifts, and other areas. Say what you want, they do the research and send purchase options, and you just confirm what you wan to buy over text. The initial UberRush partnership offers one-hour delivery for gifts like Star Wars Sphero bots, GoPros, Beats headphones, and Burberry scarves.

Blocks Away, Not Miles 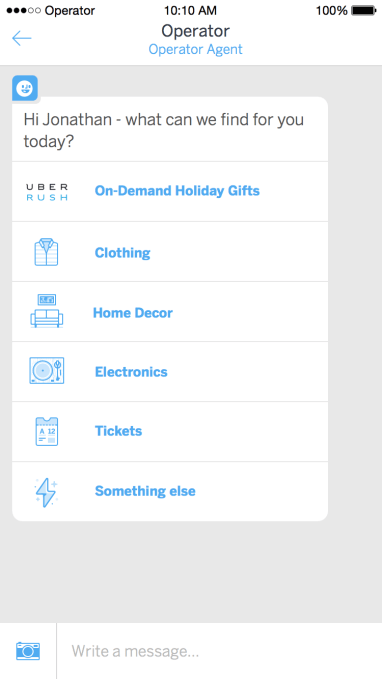 Shop via chat with Operator

Essentially, instead of UberRush being integrated on the merchant level, it’s implemented in the shopping concierge layer that aggregates all those merchants. Operator CEO Robin Chan tells me “Our roadmap has always been to build the request network” while leaving Uber and others to handle delivery logistics.

The opportunity here is that local UberRush cars picking up items from the closest local seller could potentially do faster, more scalable instant delivery than Amazon. The ecommerce giant’s clumsy trucks have to retrieve items from fulfillment centers that could be far away from the buyer. “Blocks instead of miles changes things dramatically” Chan tells me. And Operator is a much easier way to shop than combing through Postmates.

Chan calls UberRush plus Operator “a logistics and commerce solution built today, not by Amazon 15 years ago.”

UberRush has said it keeps 20% to 25% of delivery fees and gives the rest to the courier, implying the retailer and Operator won’t earn a cut. But UberRush makes Operator more convenient, allowing it to route more purchases to retailers. One day Operator could demand a fee or revenue share from the merchant in exchange for facilitating the sales. 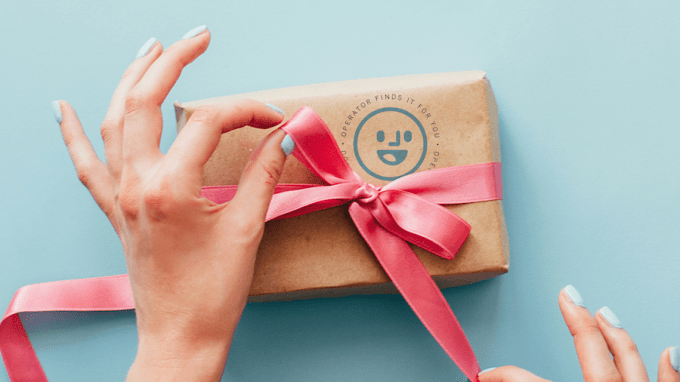 Uber’s savvy strategy sees it simultaneously be everywhere and disappear. It’s trying to make its main app people’s default car service while convincing them to shop through UberRush’s store as well as the UberEats feature and app. Meanwhile, it’s trying to bake its Ride Request buttons into other apps while serving as the delivery backend for merchants and shopping aggregators.

For years, Uber was a ride sharing app that insisted it was a logistics company. Now it’s ready to fulfill that destiny.

Operator for iOS now operates across the U.S.