If you’re a maker, getting people excited about what you’re doing can be difficult — no matter what it is you’re making. One guy, Max Temkin, has been “lucky” enough to strike gold with his project Cards Against Humanity. His next act? A game called “Secret Hitler.” In case you haven’t heard about it, it’s a card game for 5-10 players and the goal is to suss out the “Secret Hitler.”

Watch this video for the nitty gritty on the latest game:

Sounds fun, but is it lucrative? Yep. The game has raised $706,620 on Kickstarter and has 6 days to go. It’s a hit before it’s even released. I chatted with Temkin about CAH and SH, catching lightning in a bottle and making money while having a bit of fun. While some Kickstarter companies never get off of the ground, Temkin’s been in the right place at the right time with fun, sticky games. 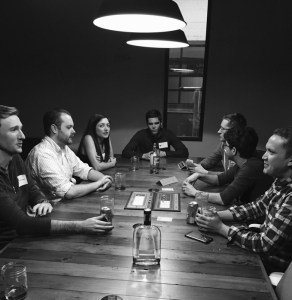 TC: Does raising for each project “easier” than say raising money like a regular startup would?
MT: I honestly have no idea, I’ve never done traditional fundraising for a project! I was lucky enough that by the time I was in college and wanted to make things that cost money, Kickstarter was already around, and it always seemed to be the most elegant solution to the problem of funding a creative project; I want to make something, but I’m not sure if there’s interest from the public, and I need money. A good Kickstarter campaign just obliterates both of those problems; you find out if people want your thing, and if they do, you get the money you need to make it. And best of all, you retain total creative control. You don’t have a bunch of businessmen breathing down your neck asking you to betray your vision or your users.

TC: What did you change around for Secret Hitler as far as planning and prototyping?
MT: When I test a tabletop game, it’s a very agile cycle of prototyping, playtesting, evaluation, and refinement. I guess you could say the whole game changes during prototyping, or rather, the game is made during various cycles of prototyping/ A lot of our methodology is borrowed from UX – Erika Hall’s book Just Enough Research is a great introduction to this kind of problem solving. I wrote a little bit about our playtesting process here.

TC: In the past, did you ever want to work for a “traditional” gaming company?
MT: No! I’ve had a good number of shitty jobs, I worked at Radio Shack, and I worked at the airport one summer. But most of what you could call my career was spent working on political campaigns, which ranged from romantic (Obama ’08) to soul-crushing (various Chicago city council campaigns). I got started working in games in college… my friends and I created this crazy game of tag called Humans vs. Zombies, and by the time we graduated, it was played at hundreds of other colleges. We wrote software and organized the whole thing for years, but we just kind of fell into it, I don’t think we had any intention of making a living as game designers.

TC: Why do you think CAH games and projects resonate so well with the community?
MT: Well, with Cards Against Humanity specifically, it’s extremely easy to play. You pick up the cards, and thirty seconds later, you and your friends are laughing. For regular people who aren’t comedy writers, the game is a very simple way to make jokes and make your friends laugh. That’s kind of addictive. In general, I think tabletop games are having a huge moment in the culture because they give people this real world interaction that’s not mediated by a screen. This is even becoming a really cool idea in video games, where local multiplayer is increasingly popular.

TC: Tell us about the company, how many people are there now and your plans for expansion, if any
MT: Secret Hitler isn’t even a company yet! It’s just me, Mike, and Tommy (the co-creators of the game) and our artist Mac Schubert who we both paid and gave equity in the project. Actually now that you mention it we should probably get moving on making a company. What do you do for this kind of thing, like an S-Corp?

TC: The success you’ve had, is there a bit of timing and luck involved?
MT: Very much so. I think founders never want to acknowledge this, but luck and timing are a huge component of success, as well as privilege. We all benefitted from great, safe childhoods and a college education. We could afford to take creative risks with our lives. Those are not advantages everyone shares. On top of that, we had the right idea at the right time. Now, I also think we did a great job executing the game, and we did a great job telling people the story of the game in a way where they wanted to be part of it. But that’s only one piece of the puzzle.

The frustrating thing about this is that I think it can sound kind of hopeless to people who have been unlucky with a project, and that sucks too. I failed at many, many projects that nobody gave a shit about before Secret Hitler. We fail at projects all the time with Cards Against Humanity. The thing to remember is that even if there’s an element of success that’s a roll of the dice, if you want to roll a six, I think the best strategy is to roll a bunch of dice. At least, that usually works for my party when I play the Pathfinder ACG.

TC: You’ve made games, raised money for “nothing” what’s next?
MT: Man, I was just lying awake in bed last night staring at the ceiling, thinking the same thing. I have a pretty tall stack of unread books sitting on my desk at home, I’m excited to tackle that over break.

We’re also launching a new company through Cards Against Humanity called Blackbox – it’s a shipping company that’s going to cut publishers and distributors out of the business model for independent projects creators, so it’s a little bit easier for them to make a living doing their thing. 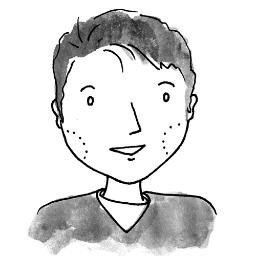 TC: Will you ever get into doing digital games, or are physical card games your sweet spot?
MT: I’ve worked on a number of digital games, but the immediacy of tabletop games is really appealing. Dealing with real people is the easiest way I know of to inject tension into a game.

TC: Going all the way back to the original CAH, what has surprised you the most so far?
MT: With Cards Against Humanity, the whole thing is incredibly surprising. We recently found an old email chain among the creators of Cards Against Humanity where I was railing against Ben – back in the early days, he wanted to double our order of games, and I was like, “this whole thing is going to come crashing down on our heads at any moment and I don’t want to be stuck sitting on a bunch of games nobody wants.” This year we opened a really cool shared work space here in Chicago, there’s about 60 artists, designers, game designers, journalists, and small businesses here. There’s not a morning that goes by where I don’t walk into work and look around and feel incredibly grateful to be a part of this community.
——————–

So there you have it. Temkin has found himself a sweet spot where he and his friends can crank out fun games and make a living out of it. I mean hey, they’ve even made money for literally selling nothing.