The recently moved Notifications tab on Twitter’s desktop version of the service isn’t working for some users. Everything seems to be working just fine on the official iOS and Android apps, though.

Anyone else getting a fail on their notifications?

Anyone else having trouble with checking their notifications?

It’s “primetime” for Twitter with the CNN / Facebook Republican Debate beaming to TVs live from Vegas. It’s weird using Twitter for one-way communication, so seeing your replies would be nice.

For a service that only has four tabs, it’s quite obvious when one doesn’t work. It’s been down for nearly a half hour at this point. 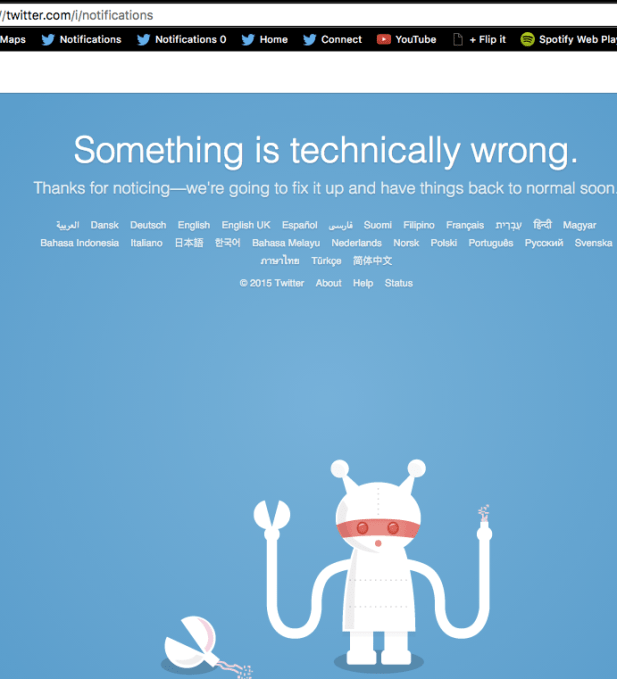 UPDATE: It appears to be back up, but we haven’t heard from Twitter or seen an update on Twitter’s status blog.

A small number of users may be experiencing an issue accessing the Notifications timeline on web, iOS, and Android. We’re working on a fix!

This issue is now resolved.