Video may have killed the radio star, but streaming services are bringing it back to life. In the latest development, BBC and Spotify today both announced that George Ergatoudis, head of music at BBC Radio 1 and 1Xtra, is leaving in March 2016 to become Spotify’s UK Head of Content Programming.

“I am leaving BBC Radio 1, the world’s greatest music radio station, to join the world’s leading digital music service and I couldn’t be more excited,” Ergatoudis said in a statement provided to TechCrunch by Spotify. “There are huge opportunities ahead for Spotify and I am delighted to be joining their brilliant team. My passion for music has driven my entire career and this next step is like a dream come true.”

The new role underscores how the on-demand streaming company — in the face of competition from the likes of Apple and its own Beats 1 Radio service — is ramping up its curated (Spotify-selected), radio-style content.

Adding more radio talent to its books could also help Spotify position itself as a place not just to hear popular music, or things you already like, but to find altogether new acts and tracks. At a time when Spotify has seen some high-profile musicians shun its platform, turning to undiscovered talent makes a lot of sense. 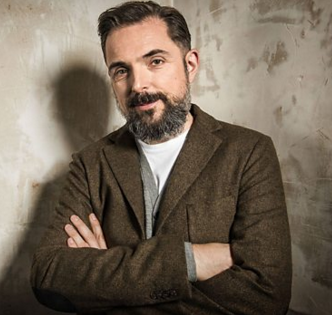 Ergatoudis (pictured, right) is well-regarded not just as a producer, but also as a talent spotter, bringing early attention to the likes of Mumford & Sons, Tinie Tempah, Ellie Goulding and Dizzee Rascal as well as US acts like Jay Z, Eminem, Kanye West and Pharrell in his time in the world of old-school radio.

The hope, it seems, is for him to work some of the same magic at Spotify.

The Stockholm-based company, which has 75 million users globally and has raised more than $1 billion in funding, has become a market leader in music streaming services on the back of a mainly on-demand model, where users can choose whatever they want to hear from the Spotify’s catalogue of 30 million songs. But the problem with having too many choices is that it often leaves people stymied when it comes to figure out what to listen to.

So, to extend time spent on its service and to make it more attractive to more casual music listeners, Spotify has been adding a lot more discovery features, including playlists, radio services and social features to see what others are listening to. Of course, this is not new territory for Spotify. In fact, the person that Ergatoudis will report to, Nick Holmstén, Spotify’s global head of content programming, joined the company when Spotify acquired his own music discovery service, Tunigo in 2013, and there were auto-play features on the platform before then.

But in recent times, the competition for curated services has sharpened up. Apple has created its own radio service by way of Beats 1 Radio — with a team of other ex-Beebers running it. Pandora is now in the process of expanding its own radio offering with a complement of on-demand content from Rdio and possibly a renewed strategy to go international. And Google has used its own Songza acquisition to build out its own radio offering.

Apple has not said whether it plans to expand its Radio service to Beats 2, Beats 3 and so on. But as basic streaming becomes more generic, improving Spotify’s own radio and curation features ahead of any more expansions from Apple or others is a logical step.

Holmstén himself hints that Ergatoudis will be working on spotting undiscovered music as part of his job.

“George is one of the most well known and well respected figures in the British music industry, and we are enormously proud and excited to have him join us at Spotify,” he said in a statement. “His gifts for music curation and identifying exciting new talent are second to none, and I can think of no one better to help Spotify introduce music fans to a wealth of new music and a new generation of artists that they are going to love.”

The other interesting thing about this appointment is that it’s the first time that Spotify has hired a local head of programming for the platform. Taking a region-specific approach is something we’ve seen also from the likes of Twitter hiring in the UK for its Moments curated-content feature that has just launched here; and Apple with its hiring of local editors for Apple News.