Angular 2, Google’s framework for building mobile and web apps in HTML and JavaScript, is now in beta.

Google first announced Angular 2, which represents a significant (and controversial) break from Angular 1, in September 2014. Since then, it’s gone through an alpha and developer preview. By applying the ‘beta’ label to Angular 2, Google basically says that it believes the framework is now ready for developers who want to build larger applications with it. Google itself already used it to build large projects for AdWords, Google Fiber and Google’s internal GreenTea CRM system. 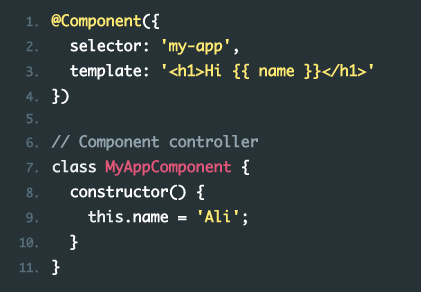 While Angular 2 still focuses on building web apps, it’s worth noting that Angular 2 now also allows developers to build cross-platform native apps for Android and iOS with the help of NativeScript and React Native.

Another area Google focused on is speed. According to Google, Angular 2 renders and updates pages up to eight times faster than Angular 1.

There are still a couple of improvements Google plans to make to Angular 2 before its final release. The team says it plans reduce the framework’s binary size, for example, and to add improved international support and support for animations. The team also plans to work on Angular 2’s documentation, improve startup and runtime performance, and add more material design components to the framework.

As Google engineering director Brad Green tells me, the team made a number of small changes to the framework over the course of the latest testing period. “In one recent breaking change, we switched from kebab-case element names to camelCase names so that developers can use the same name in their templates as they do in JavaScript,” he tells me. “We also realized that the new world of JavaScript requires a number of tools and processes that can slow down development.  From transpilers to build tools to minifiers to continuous integration scripts to deployment.”

Green also told me that Google’s decision to write Angular 2 in TypeScript — which was originally developed at Microsoft — has been well received by developers and many now plan to write their own Angular 2 apps in TypeScript, too, it seems. “We’d assumed most folks would want to continue using ES5,” he said. “We were surprised that the majority of folks said they’d be using TypeScript.”

He also noted that the team recently launched the Angular CLI project to help encapsulate all of these new tools into a command line tool.