The 1-foot-long device’s walls move to generate “implosion” which creates enormous bass and sharp trebles from a single speaker that has won rave reviews. Now two to four Phantom demo units will receive premium display space with connected iPhones in select Apple stores so shoppers can hear it for themselves.

The product manager of the French audio company, Romain Salzman, tells me this is just the short-term phase of its partnership with Apple. Next year, “everything is possible, especially miracles,” noting that the Devialet’s audio tech can be integrated into “computers, TVs, speakers, …cars.”

The Phantom and Phantom Silver will go on sale along with the $149 remote and the $329 Dialog bridge for connecting up to 24 Phantoms, for if you want to blow your walls down. They will initially be available at five NYC Apple Stores, two in Los Angeles, and one each in San Francisco, Palo Alto, Portland, Chicago, Dallas, Miami and Washington, D.C. They’ll cost the same as buying straight from Devialet.

Oddly, rather than demoing the speakers with Apple Music, they’ll be connected to speakers running a special Devialet app filled with music that shows off the Phantom’s high fidelity. 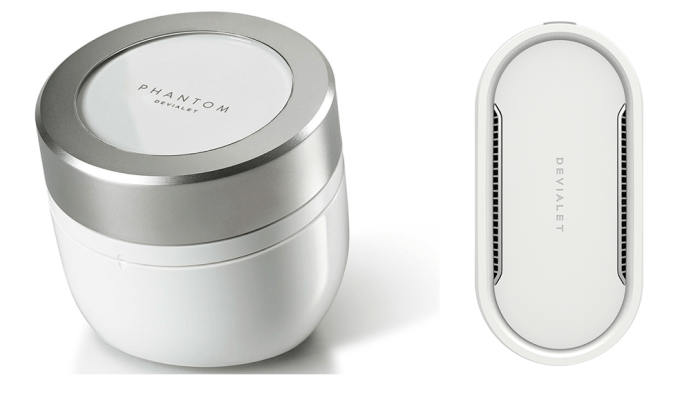 The Phantom launched late last year and was immediately a hit with audiophiles. By expanding and contracting its walls, it produces 1.2 tons of pressure to produce 20X the power of speakers the same size. The omnidirectional sound can fill even large rooms, and you can stream to it wirelessly from several music services or plug in an optical cord.

The device required 10 years of development and $25 million in R&D. Devialet has scored over 77 patents and 37 awards for sound and design since it released its first amplifiers in 2010. You can watch TechCrunch’s hands-on review of the Phantom below:

“Our dream was to find an important partnership to deploy Phantom quickly all around the world,” Salzman tells me. And they hoped that would be Apple. Their design motif of soft white curves and polished silver already matched the hardware giant’s product line.

Luckily, Salesforce CEO Marc Benioff was a big fan and hooked them up with a meeting with Angela Ahrendts, Apple’s senior vice president of retail and online stores. During their meeting at 1 Infinite Loop, Salzman tells me Ahrendts loved it and wanted to get it in stores fast. 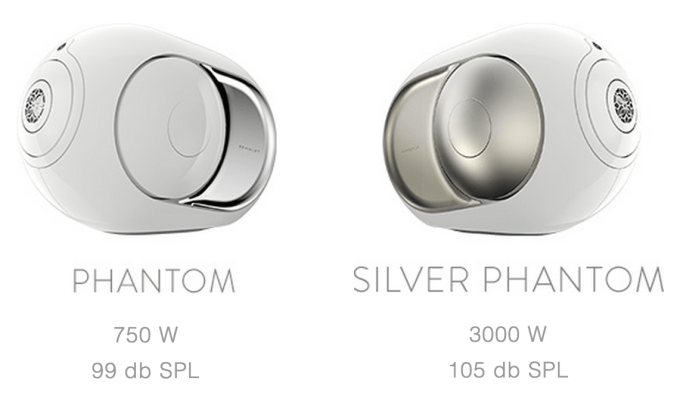 The Phantom is a much higher end product than most of the $200 to $500 speakers Apple Stores sell from Beats, Bose, Marshall, Harmon Kardon and Ultimate Ears. Given its ability to fill a huge room, the Phantom should boom over the ruckus of the bustling shops.

Adding the space-aged, vibrating device could help Apple pull even more foot traffic into its popular stores. While Devialet will have to cut Apple a solid margin out of its own share of the sales, in exchange it gets a huge boost of legitimacy and distribution. The expensive but sweet-sounding speakers could be a perfect fit for people willing to buy Apple’s high-end hardware.