If you’re a Twitter for the web user (or Android) like I am, then you know exactly where all of the tabs are that you need to speedily read tweets, replies and so forth. Twitter, monkeying around with the service as they do, has started experimenting with switching some places of the tabs you use the most.

The “Notifications” tab sits nicely next to “Home” on the web and Android. Or does it?

Here’s the TechCrunch account (which doesn’t have Moments, oddly): 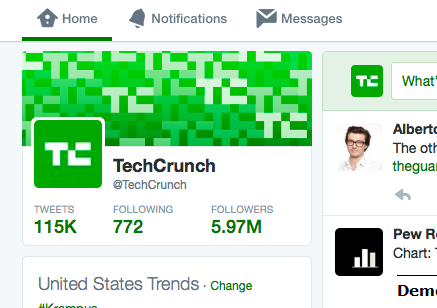 Twitter often plays around with different things and people are tossed into buckets for testing, so none of this is a surprise.

Since I constantly shift back and forth between Home and Notifications, I noticed the change right away. I also noticed the change on Android, but I use the iOS version way more, so I didn’t feel the pain on the switch. Clearly, Twitter wants you to spend more time on its Moments product, which it’s paying to market with TV commercials and the like.

I’ve noticed more and more Twitter employees sharing Moments in tweets whenever there is a big event happening in the news. Some have noted that it’s bordering on inappropriate promotion rather than helping the flow of information happen when something big goes down.

Regardless, Moments is clearly “the big push” for the company right now.

Twitter, I like you. But no matter how many times you move the "moments" tab, it will never become a thing. Nobody cares. Bye.

hey cool twitter switches the location of the moments and notification tab, yay for faking more views to that page!

Twitter flipped the Moments and notifications tab on Android, and people are mad. https://t.co/3Xc8T5T0cu pic.twitter.com/yXxmEEraiY

I feel that using that particular spot, Notifications, for Moments doesn’t make much sense. Sure, it’ll get more accidental clicks from people, but the key uses of the service for a lot of people are to tweet something and see what’s being tweeted back at you. But hey, what do I know? This point is a fair one, though: 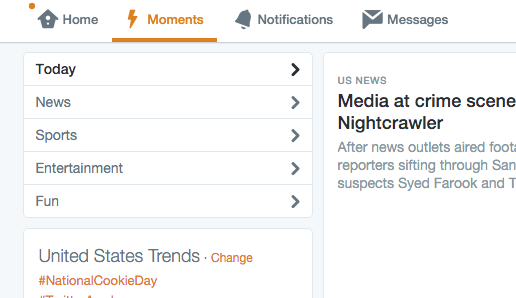 Luckily, nothing has changed in the iOS app as of late, although I’m sure that’s the next change. The company has yet to share how the product is being received or what the activity is for them, only saying it has been a success. 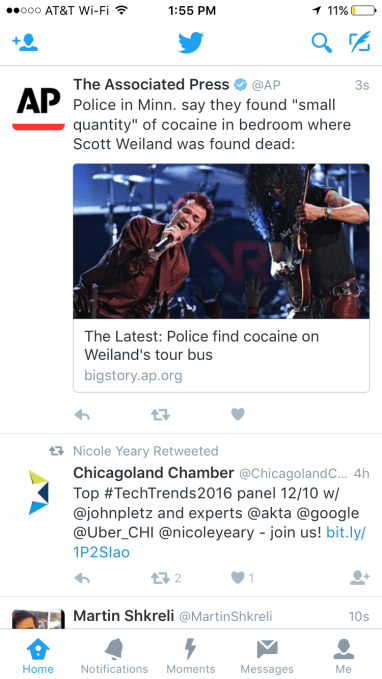 In case you aren’t sure what Twitter Moments are, here’s their latest commercial for them: