It’s been two and half months since Apple released iOS 9, and the company just shared some adoption numbers on its website. According to Apple, 70 percent of iOS devices accessing the App Store are running iOS 9. This adoption rate is higher than last year’s adoption rate.

So how does this year’s number stack up to previous years? Last year, 60 percent of iOS users had installed iOS 8 on November 21. Two years ago, 74 percent of people were using iOS 7 by early December.

It looks like this year’s number is on par with iOS 7 adoption rate and slightly above iOS 8 adoption rate. As a reminder, many delayed updating to iOS 8 last year because Apple required a lot of free storage. This year, Apple released a slimmer update in order to make it easier to update.

Similarly, if your device runs iOS 8, you can update it to iOS 9. Apple didn’t drop support for any older device with this year’s major update. On October 16, 55 percent of iOS users had updated to iOS 9. 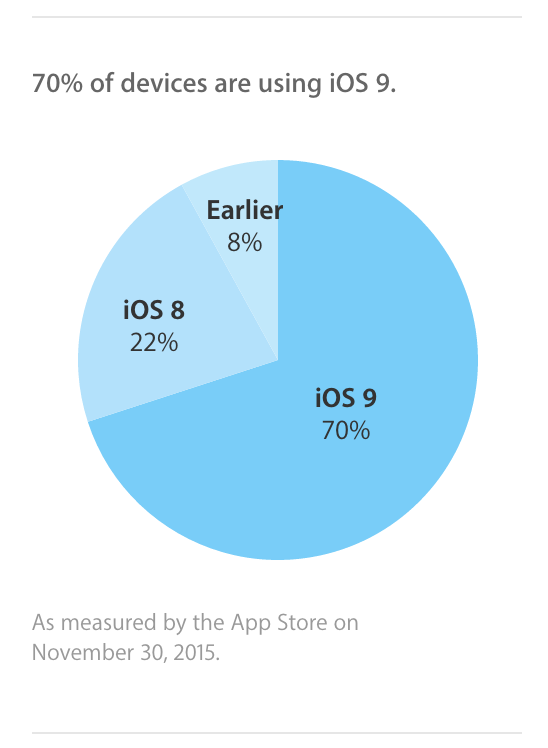 Comparatively, when it comes to Android, around 26 percent of users were using Lollipop or Marshmallow on November 2, 2015. Google’s latest mobile operating system was released in early October, so that’s why Marshmallow’s adoption rate is so low.

But even if you add Lollipop it doesn’t even come close to iOS 9 adoption rate. Google released Lollipop in November 2014. Apple’s fast adoption cycle is a key advantage when it comes to pushing out new features to end users. Many Android users have to buy a new phone to get a newer version of Android. 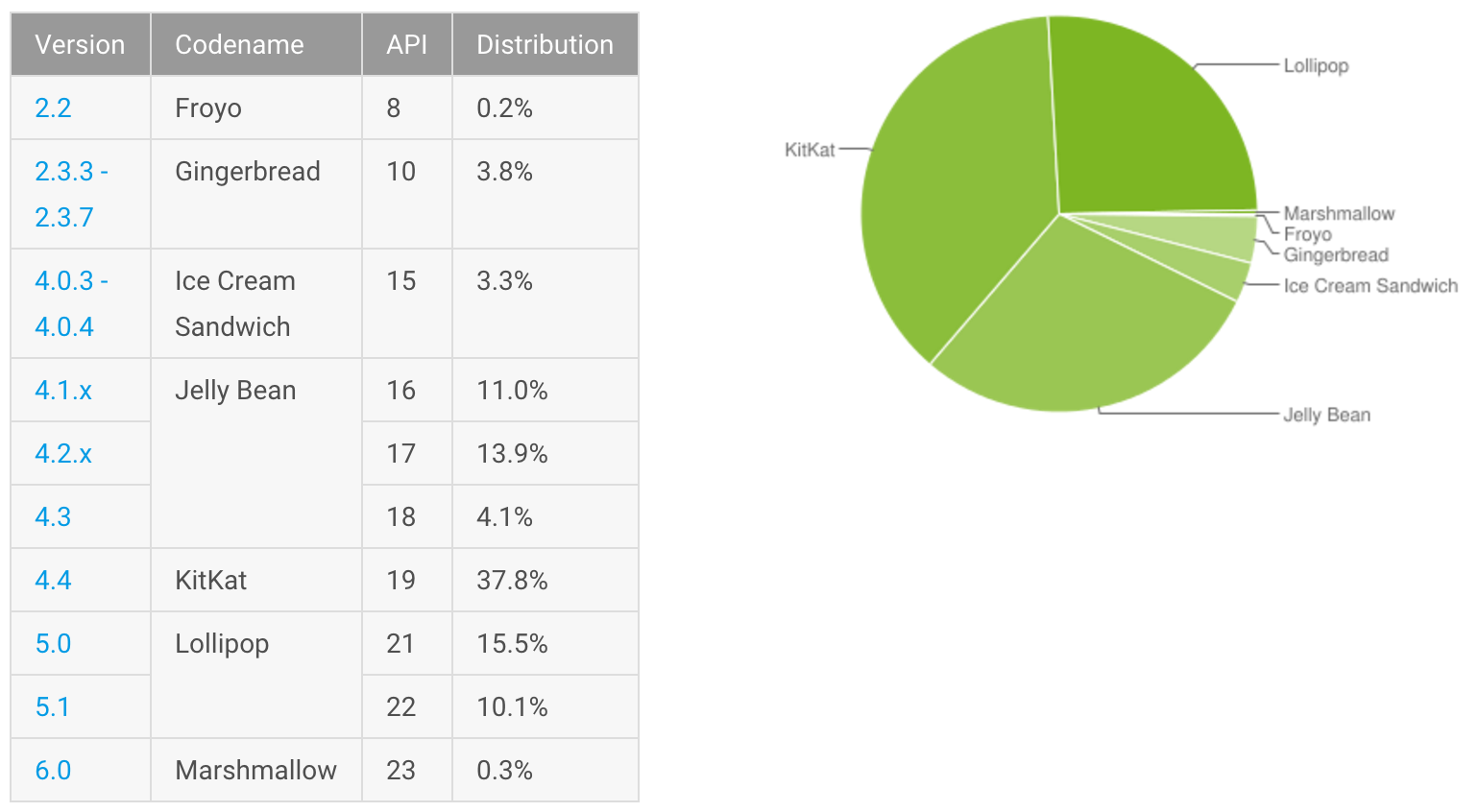