Placester, a service that helps real estate agents and brokers to serve their clients and market themselves better, today announced that it has raised a $27 million Series C round. The round includes New Enterprise Associates (NEA) and Romulus Capital, both of which previously invested in the company, too.

In total, Placester has now raised $50 million, including a $15 million round earlier this year. As Placester co-founder and CEO Matt Barba told me, the company decided to raise another round this quickly because he sees his business at an inflection point right now where the new capital will be able to help it expand rapidly. Placester recently signed up both Keller Williams and RE/MAX as clients with a total of over 200,000 agents.

According to Placester, one in five real estate agents in the U.S. now uses its platform. 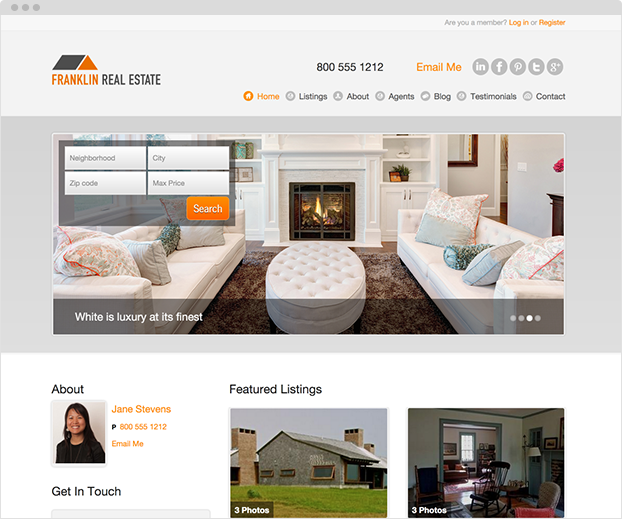 What makes Placester stand out in the increasingly crowded field of online real estate service is that it has managed to forge alliances with all the regional multiple listing services (MLSs) in the United States. These services hold the key to all the real estate listing data in a given region, but they are essentially closed silos that don’t talk to each other, which makes importing and normalizing their data hard.

Placester then uses all of this data to power a range of services for agents and brokers. These range from basic websites that include listings, all the way to marketing automation and a full-blown specialized CRM solutions for the company’s clients.

Most agents, Barba noted, don’t even have a website today, and while many buyers may see agents as more of a necessary evil than partners in their home search, the Placester team believes that agents aren’t going away anytime soon.

“In the past, we saw the general discomfort of working with an agent,” Barba told me. “We build this service because we knew that agents will never go away. And if they don’t go away, then we need to build better software for them.” He also noted that if agents were able to provide a clearer value-add, consumers would love the process.

Until now, the Placester team mostly had to focus on putting the basics in place, including its relationships with the listing services. Going forward, the team wants to put more effort into building mobile apps for agents, tackling real estate search, and making it easier to share information between agents and buyers.

Quite a bit of the new funding will go toward developing these services, but Placester also plans to invest heavily in its customer service and marketing teams.

Ravi Viswanathan, a general partner at NEA, told me his firm likes to invest in companies that play in massive markets where the spend is in the billions of dollars and the industry still often uses arcane methods. Real estate is an obvious example for this and the power of the local listing services means there is also a substantial barrier of entry — one which Placester managed to overcome early on.