German media giant Axel Springer, which operates top European newspapers like Bild and Die Welt, and who recently bought a controlling stake in Business Insider for $343 million, has a history of fighting back against ad-blocking software that threatens its publications’ business models. Now, it’s taking that fight to mobile ad blockers, too. According to the makers of the iOS content blocker dubbed “Blockr,” which is one of several new iOS 9 applications that allow users to block ads and other content that slows down web browsing, Axel Springer’s WELTN24 subsidiary took them to court in an attempt to stop the development and distribution of the Blockr software.

Specifically, explains the law firm representing Blockr, Axel Springer wanted to prohibit Blockr’s developers from being able to “offer, advertise, maintain and distribute the service” which can be used today to block ads on www.welt.de, including the website’s mobile version.

Blockr’s lawyers argued in a hearing on November 19 that its software is legal and should be allowed to continue, and that it’s the user’s choice to use an ad blocker.

In the hearing, the court seemed to agree with the startup, and pointed out that Axel Springer has other options for handling how it wants to deal with ad blockers. For example, it could re-use its prior tactics that involve locking out users from a website when it detects that the visitor is using ad blocking software.

The final ruling, however, is not until December 10. 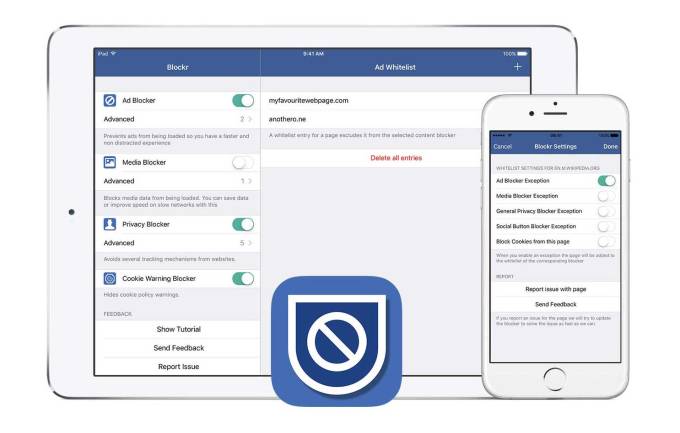 This is not the first time Axel Springer has gone to war with ad blockers. Ad-blocking firm Eyeo, whose Adblock Plus is one of the most used ad blockers on the web, recently won its court battle with the publisher when a German court ruled that the web browser extension didn’t breach laws on competition, copyright or market dominance, according to a report from Reuters. (Axel Springer said it would appeal the ruling.)

But despite its failure to win within the court system, the publisher has found other ways of forcing readers to abandon their ad blockers when visiting its online properties.

In October, Axel Springer forced visitors to Bild to turn off their ad blockers or pay a monthly fee to continue using the site. Earlier this month, the publisher reported the success of this measure, saying that the proportion of readers using ad blockers dropped from 23% to the single digits when faced with the choice to turn off the software or pay.

“The results are beyond our expectations,” said Springer chief exec Mathias Döpfner at the time. “Over two-thirds of the users concerned switched off their adblocker.” He also noted that the Bild.de website received an additional 3 million visits from users who could now see the ads in the first two weeks of the experiment going live.

Given that the publisher has already been defeated in the courts in its fight against a similar application, and found a workaround to address its concerns about the missed advertising revenue, a win against Blockr doesn’t look promising.

Axel Springer SE is demonstrating its position regarding ad blocking in various legal initiatives: Ad blocking interferes with the constitutionally protected position of publishing houses and endangers the refinancing­ – and hence, in the long run, the existence – ­of professional online journalism. We are currently not commenting on the number and status of ongoing legal proceedings.

The law firm Lampmann, Haberkamm & Rosenbaum, has also now released a statement in English, which was provided to us by Blockr’s co-creator Arno Appenzeller.

The lawyer explains that Axel Springer’s Die Welt tried to obtain a preliminary injuction without warning in the at the district court of Stuttgart (Landgericht Stuttgart) through the law firm Lubberger Lehment. Die Welt argued that the software was illegally obstructing its digital content and therefore had to be banned. The court said it didn’t see any legal grounds for the injunction.

“We are therefore pleased that the court followed our arguments regarding the legality of the software”, said Lawyer Dr. Niklas Haberkamm, LL.M. oec. after the hearing.

The co-founders of Blockr, Arno Appenzeller and Tim Poller, added: “our intention with Blockr is to give users a choice to what they see while browsing the web. There is a lot of stuff intruding users privacy, spaming the small size mobile screens or draining their mobile data. We think this choice matters in many ways and hope the court will consider this.”

Axel Springer is not the only publisher that’s taking a confrontational approach to dealing with ad blockers, The FT recently reported. U.K. newspaper City AM banned ad blockers from its website; U.K. broadcasters ITV and Channel 4 have now done the same; and the Washington Post redirects readers to a subscription page, or asks them to sign up to newsletters, or disable their ad-blocking software. Even Yahoo has gotten in on the action, blocking users from their email when they have AdBlock running.