Does the world need yet another subscription-based video streaming service? The Smithsonian seems to think so, having now rolled out its own over-the-top service aimed at cord cutters called Smithsonian Earth. Initially available on the web, on Apple TV and Roku platforms, the new $3.99 per month service will deliver ad-free nature and wildlife programming to subscribers in HD and Ultra HD (4K) format.

The service will offer original content, including programs that are refreshed on a weekly basis, the company says. These include wildlife documentaries on topics like sea life on Socorro Island, the creatures of Madagascar, and active volcanoes in Ethiopia, for example.

The service is yet another example of cable TV networks trying to figure out where they fit today in this new era of on-demand streaming, as more people cancel their cable and satellite TV subscriptions, or – in the case of younger users – simply never sign up for pay TV in the first place.

With the Smithsonian Earth streaming service, Smithsonian Networks is attempting to transition cable TV’s Smithsonian Channel audience to a monthly subscription, while also hoping to pick up new viewers who find its content on platforms like Apple TV, Roku player, Roku TV and, in the near future, Amazon Fire TV. 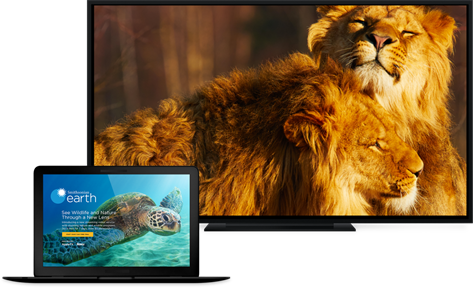 Besides its original programming, including documentaries and short series, the service will also include “Nature Scenes,” which are un-narrated videos of the world’s natural wonders.

Content will be available in 4K Ultra HD in resolutions up to 3860×2160, but you don’t need to have a 4K TV to subscribe, of course. That’s just a bonus. HD and SD resolutions will also be available.

While everyone likes great wildlife videos as well as beautiful “planet Earth” imagery and cinematography, Smithsonian Networks may have a hard time finding viewers at $3.99 per month in a world where viewers are already trying to justify paying for some combination of Netflix, Amazon Prime Instant Video, Hulu, and perhaps a premium service like HBO. How many other niche streaming services can viewers really afford to join? And at what point does paying for all these services end up costing just as much as cable TV…if not more? 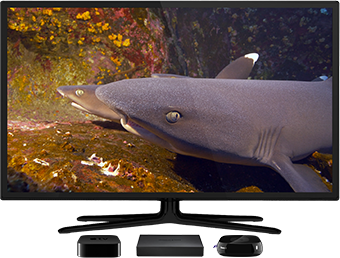 Despite the challenges of competing against larger players, the TV networks are still hoping their content is compelling enough to be worth a monthly subscription.

In fact, Smithsonian Networks, a joint venture between Showtime and the Smithsonian Institution, is only one of now several TV networks trying to go it alone as their cable TV distribution channel crumbles.

Even Discovery Channel founder John Hendricks launched his own SVOD offering, CuriosityStream, which is somewhat competitive with Smithsonian Earth, given it also features nature programming.

Smithsonian Earth is live now, and is offering viewers free, 7-day trials in an effort to get them hooked. The company also says that it will donate 1 percent of its subscription sales to the Smithsonian Institution’s research and conservation initiatives.