Twitter began letting its users make polls on its service last month and already the company appears to have more substantive plans for the feature — which TechCrunch’s Drew Olanoff really hates, but I think could actually be quite interesting.

We’ve spotted a number of tweets in the wild that show Twitter is testing more options for polls — right now, users can only set two answers for those who respond — and also the potential to make polls run longer than just 24 hours, which is the current time limit.

As has been the case for some of Twitter’s feature development in the past, certain members of the company appear to have a different, more advanced version of polls. That’s perhaps a sign of things to come for the rest of us. 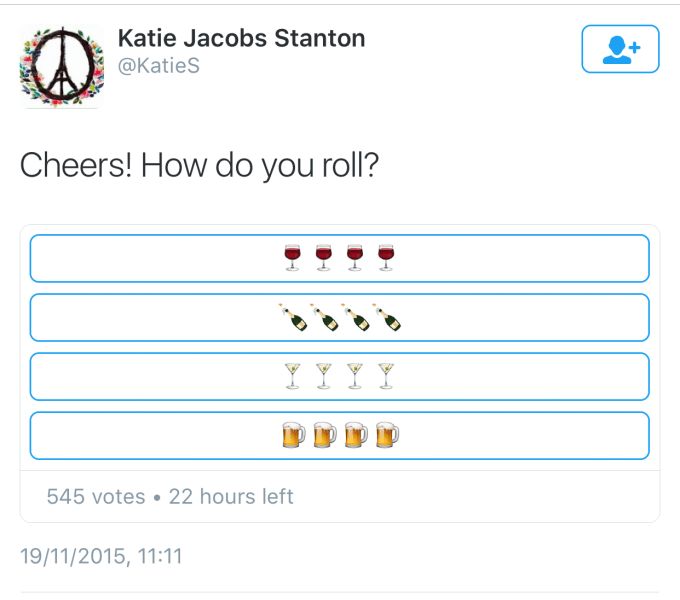 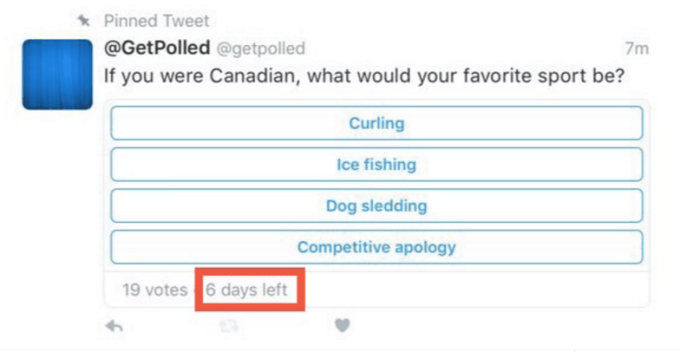 We asked Twitter about these trials, and specifically when the new options will come to all users, but a spokesperson would confirm only that it is indeed testing some new features.

Looking at a few polls that are open right now, it seems that the people do indeed want more options:

Do you wish Twitter's polls had more than two options?

Do you think twitter polls would be more useful if they allowed more than two buttons.

Should these polls have more than two choices?