The company has added several people with “chief” in their title this year, including Chief Revenue Officer Lee Brown and Chief Marketing Officer Frank Cooper. And we can probably expect it to continue hiring aggressively, since it raised $200 million from NBCUniversal over the summer.

According to a staff memo from CEO Jonah Peretti, Taylor will be starting her new role in January, and she’ll be relocating from London to the company’s headquarters in New York City. Here’s the full memo, provided by BuzzFeed:

I’m excited to share with you today that Lenke Taylor will be joining BuzzFeed in the role as Chief People Officer. Lenke will oversee recruiting, human resources, diversity, and learning and enrichment, and will work closely with Jasmin and rest of the HR team who have done a tremendous job during this transition. 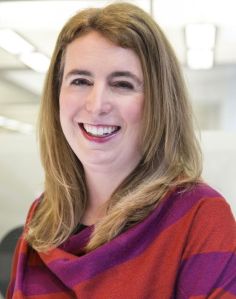 Lenke is currently Head of People Operations for Google in London and she previously worked as head of HR at CNBC in Asia. She has a unique mix of experience that perfectly aligns with BuzzFeed‘s next stage of growth. She’s worked in media, news, business, and tech. She has a technical background, including training as an engineer. She has led teams internationally and in the U.S.. She brings so much to BuzzFeed as we build a global, cross-platform, tech-driven news and entertainment company.

Lenke is living in London right now, and will be relocating her family to join BuzzFeed in New York and will be in Los Angeles frequently. She begins in January, and will spend time with all of your teams then. Please join me in giving Lenke a warm BuzzFeed welcome!