Only a tiny fraction of Instagram feed reading happens in third-party apps, so Instagram is shutting down its feed API to make feature development nimbler and create a more consistent user experience. The move is part a big cleanup of the Instagram platform. It involves listing exactly what’s allowed with its APIs, an app permission review process that makes Instagram a gated platform, and a new developer testing sandbox.

Going forward, Instagram’s platform will only permit photo editing apps and ones like Tinder that let you pull in your own Instagrams (but not your feed), brand and ad management apps, and tools for media and broadcasters. Existing apps will need to comply by June 1st, 2016, and the policies and reviews will go into effect for new apps starting December 3rd, 2015. 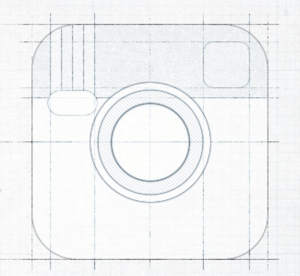 One might presume this change is designed to boost Instagram revenues by forcing users to view photos where it can insert ads. Instagram has been getting serious about earning money. But unlike when Twitter shut down third-party clients, Instagram readers aren’t very popular. The company tells me that compared to the 400 million-user Instagram, even the most popular Instagram client has 0.5% or fewer as many monthly active users — around 2 million. Shutting them off won’t win Instagram many more ad views anyways.

The change isn’t totally altruistic, though. It will benefit Instagram by letting it focus engineering and design resources on building for its core platforms instead of worrying how new features or changes would work on little-used clients. Instagram will also earn extra good will from users, as they won’t have to worry about their images being cropped wrong, videos being mis-looped, or their text description edits not showing up.

The changes will hit developers of Instagram clients hardest, especially those for platforms Instagram doesn’t natively support like iPad and desktop. Apps that will have to change by June 1st include Retro, Flow, Padgram, and Pictacular for iPad, and Webbygram, Webstagram, Instagreat, and Itsdagram for desktop. The new policy will also strike down any service offering auto-following, -liking, or -commenting. 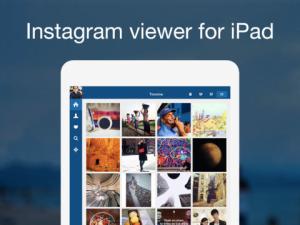 Reader apps like Retro for iPad are no longer permitted

In return, Instagram says this will “set up a more sustainable environment built around authentic experiences on the platform” for developers in the categories it does allow. Essentially, crappy apps won’t burn users, detracting from good apps. Plus, Instagram will be able to devote more resources to support the refined set of APIs it does offer.

To make testing for its platform easier, Instagram will launch a new Sandbox development environment where developers can experiment with full API access for up to 10 testers.

Here’s the timeline of how all these changes will all go down:

At least developers are getting a six month grace period. It’d sure be nice for Instagram to step up and give iPad users an official app to replace the ones it’s killing off, but I wouldn’t hold my breath if it’s ignored the device this long. The changes follow other platform policy enforcements from Instagram, including a crack down on apps using “Insta” or “Gram” in their name, cutting off Find Friends access to competitors like Phhhoto.

As Instagram evolved, it had to choose whether to continue supporting an open platform or focus on its own apps. Ignoring the edge case clients has allowed it to rapidly innovate lately, adding Trends and place search, improving Instagram Direct messaging, offering portrait and landscape cropping, and launching slick companion apps like Hyperlapse, Layout, and Boomerang.

Though it may burn some cred with developers today, Instagram is streamlining itself so it can keep adapting to the fast-changing world of visual communication.