A number of mobile app developers and industry observers recently noticed a significant change in the way the Apple App Store’s search algorithms are returning results. Developers say that, following a series of shifts that took place beginning on November 3, app search results now appear to be more intelligent and far more relevant – especially among the top results – than in previous months.

Apple is continually working to improve its algorithms, as the way apps are ranked and surfaced plays a large role in the overall success of the App Store. If Apple points consumers to apps that don’t make sense or offer a poor experience when compared to others, users could become wary of Apple’s suggestions, and even of apps themselves.

However, many of the App Store algorithms in the past have focused on changes to the way that apps are ranked in its Top Charts, meaning the Top Free, Paid and Grossing apps on the App Store overall, and by category.

This new change is focused more on how apps are returned when users type in keywords to find an app – something that’s becoming a more common way to find apps in a crowded app store featuring over a million mobile applications. According to studies, at least half of iOS apps are found through search. 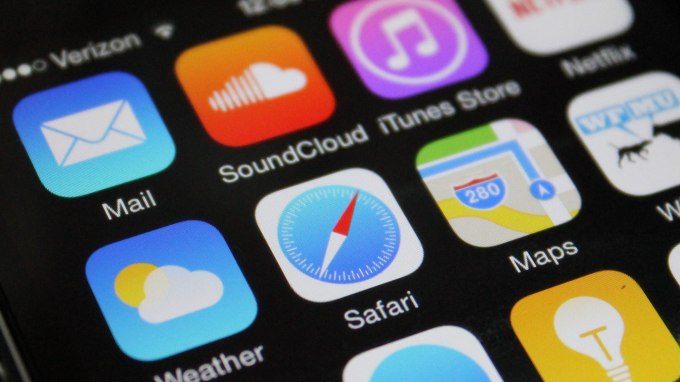 While there have been other changes focused on search previously, many say this is one of the more notable changes to date.

“I think it definitely represents a significant shift from changes in the past, where I think [Apple] just changed the weighting around certain variables like keyword input, or what keywords you had in the title,” explains Dan Held, founder of mobile growth consulting firm Analytica.

In fact, he adds that the change could signal Apple’s attempt at beginning development of its own version of the PageRank algorithm.

“It’s their attempt at understanding how different apps rank relative to each other,” he explains, noting that, of course, PageRank is far more complex. “I think this is an attempt to move in that direction…the first step would probably be to benchmark where you rank compared to your competitors,” says Held.

According to multiple sources, including developers who tracked their own rankings, as well as app store analytics firms, the change that began November 3 included several adjustments. Apps are now ranking in search results on a mix of contextual keywords for the app, including partial keyword matches, along with competitor brand names and other matches.

It’s also the first time the App Store has ranked apps for keywords that are not in the title or the “keyword” slot, we understand.

For developers searching against their own app name, what this change means is that they’ll now see a number of competing apps that didn’t show up before, and an overall expanded list of matches.

At first, results appeared to be weighted more toward historical downloads, meaning free apps were ranking higher than paid applications. However, following the initial November 3 adjustment, Apple made another sizable change this week which went even further to increase the relevancy of search results. 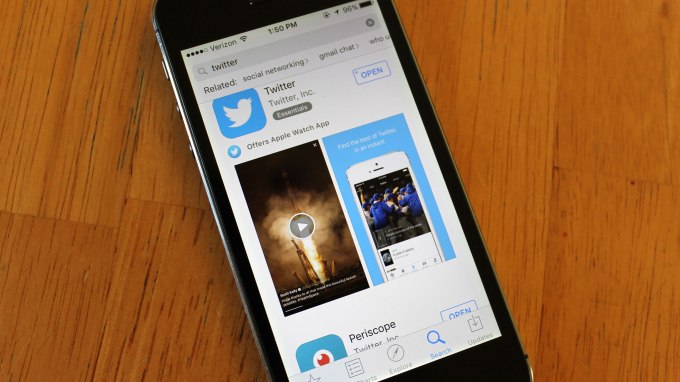 If you used the search keyword “Twitter” as a test of the algorithm’s intelligence, you would have seen more relevant results after November 3 than in the past, but popular paid applications like Tweetbot weren’t on the list. But following this newer change, the search results improved again. Not only did Tweetbot appear (it shot up to No. 4 in the search results, as Launch Center Pro developer David Barnard spotted yesterday), other well-known Twitter applications like Twitterrific (No. 5) also moved higher up the list, while Instagram finally disappeared from the top 10.

I just searched Twitter on the App Store and Instagram is gone, Tweetbot is #4, Twitterrific #5, and more relevant results overall.

Tweetbot’s own developer, Paul Haddad of Tapbots, saw the same thing, noting also that he now sees a number of competing apps showing up for the search term “tweetbot,” even those that don’t use “tweetbot” as one of their keywords. A search for his company name, “Tapbots,” also returns a “significantly larger” list.

The adjustment had a notable impact, he says. “[It] made a huge change for us. [We went] from basically non-existent for the search term ‘Twitter’ to the No. 4 listed app,” says Haddad.

The changes are even observable among more niche applications. One developer, Mithun Jhawar of Splash Math, said after the November 3 change, his app was ranking for an additional 70 phrases that were not directly mentioned in his app’s metadata.

In addition to doing a better job at pulling in lists of competitors and similar apps, there’s also a new suggestion function that’s taking into account the “essence’ of the app,” which includes main features of the app, confirms appFigures CEO Ariel Michaeli. Plus, there’s an increased emphasis on on-page components, he says.

However, these changes are tied only to how apps rank in search results, Michaeli notes.

“We haven’t seen this impact Top Charts as much,” he says. “That makes sense because those two algorithms were separate for quite some time now.”

App marketing firm Fiksu, which also tracks the Top Charts, confirms this, as well. Apple did not respond to requests for comment.

At a high level, what these changes indicate is that Apple is putting less emphasis on the manually entered keywords that developers specify in iTunes Connect, the service that allows them to manage their apps and submit them to the iOS App Store.

That being said, it’s too soon to say that this is Apple’s attempt at generating its own version of Google’s PageRank algorithm for its App Store.

While the algorithm is certainly more intelligent, it seems to not be taking into account metrics like usage, details like whether the app was ever featured on the App Store, links from wider web (like positive reviews or press mentions), or other things that could add sophistication and help better surface apps.

Still, while the size of this most recent change is certainly notable, it’s too soon to properly analyze the impacts in terms of app downloads and resulting revenue.