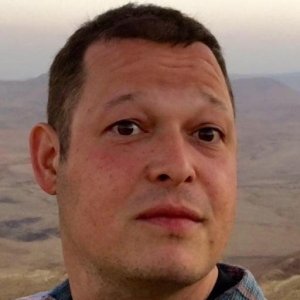 Eight years ago, Aaron Batalion and three friends created a Facebook app called “Hungry Machine.” It was pretty successful…so successful that it turned into LivingSocial, which was one of the first startups to raise a “magical” billion dollars. (I refuse to use the creature’s name to describe this “club.”)

Along with co-founding the company, Batalion served as its CTO until 2013. Once Batalion left LivingSocial, he started working with founders and investing. That’s when he knew this is what he wanted to do next.

Today, Batalion has announced that he’s joining Lightspeed Venture Partners, an investor in LivingSocial, as a partner to focus on consumer companies. He shared his thoughts on why:

It didn’t take long to realize that the biggest impact I could have moving forward is not to start a company of my own, but to become more involved in helping other founders achieve their visions of the future. For those that know me, I don’t spend time on anything that I can’t dive deeply into.

Lightspeed’s Jeremy Liew had this to say about bringing Batalion into the mix:

Happily for Lightspeed, the time that we had spent together over the last few years, and the way that Lightspeed has remained a supportive and involved investor in LivingSocial, in good times and bad, gave him a real comfort that he would find a cultural fit with our team. And so we’re so thrilled to have him join us, an overnight addition, seven years in the making!

Batalion says that what he brings to companies is experience scaling tech and teams, customer growth and international expansion. I’m pretty sure that there’s some Lightspeed portfolio companies chomping at the bit to get some time with the new partner. The companies he’s invested in personally, like HONK, Walker & Company Brands and Shyp, have probably already been leveraging his knowledge.