Tonight Ashley Mayer who runs PR at Box, announced in a Medium post that she was leaving the company after six years for a new job running brand and talent at Social Capital.

Mayer, who went to high school with the co-founders, started at Box in 2009 after answering a query on her Facebook page from one of the founders.

She grew into the job from a one-person shop to managing a team of PR pros.

Mayer helped launch a series of billboard ridiculing Microsoft SharePoint that dotted California’s Route 101 for a time and she coined the term sexy enterprise to describe and differentiate her company’s product. 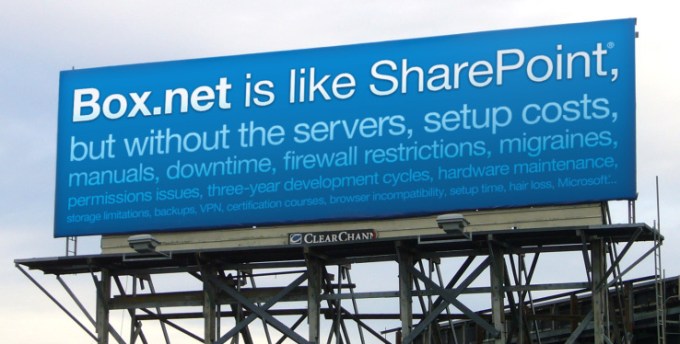 I met Mayer in early 2010, not long after she had started at Box when she arranged a meeting between me and company CEO Aaron Levie at the AIIM content management conference, which was the premiere content management event at the time. I was writing for FierceContentManagement  and she and Levie were trying to position the company as content management in the cloud, rather than simply online storage.

At the time, few people knew who the company was, and they didn’t even have so much as a booth. We met in an empty room with a few chairs and chatted about the company’s vision. By the next year, Box had become the poster child for content management in the cloud with a huge booth in the center of the floor.

The company IPOed in January after a ten month delay.

Interestingly, she wasn’t even trained to be a PR person, which could be why she was so good at it. In world of mediocre public relations, she stood out.

She will be leaving Box at the end of next week.