EventBoard, a company that provides software to make conference rooms more efficient, may be based in Salt Lake City, but that doesn’t mean it hasn’t found its way into the guts of Silicon Valley.

“We’re right downtown, we have a lot of presence in Silicon Valley and San Francisco specifically, but we’re building a company that is on par with a lot of the tech stack and equivalent of what the Valley is,” CEO Shaun Ritchie said.

You might have recognized the core product at offices like Pinterest, Uber and Airbnb: a tablet that sits on the wall in front of a conference room that tells you when the next meeting is. Booking conference rooms can be a huge pain, because it can be incredibly confusing — leading to conference rooms being perpetually booked and none available for meetings. 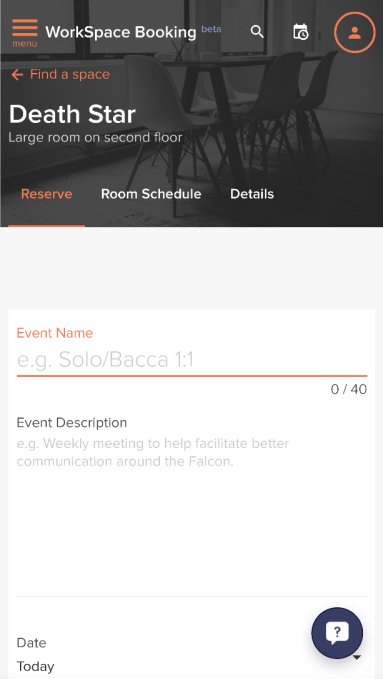 But beyond that, EventBoard is developing analytics software for company executives that helps them understand how employees are using conference rooms. That’s why EventBoard said today that it has raised $6.5 million in a round led by Greycroft Partners, and was previously backed by investors like Google Ventures and Marc Benioff.

Those analytics come into play for the specific needs of certain divisions. For example, a department might need a Bluejeans conference setup, while another might need a Google Hangouts setup. Some rooms need a Chromecast and some need an Apple TV. Companies basically need to have that information in order to better prepare for what employees are looking for — and increase the overall efficiency of an office space.

In theory, this has the benefit of reducing the overall cost of IT spend because executives don’t have to order more licenses than they need. EventBoard is also releasing a mobile application that enables employees to book conference rooms from mobile devices. It also has floor plan mapping software that shows which conference rooms are currently booked and open.

EventBoard isn’t the only company working on a product like this — there are companies like Steelcase, which have conference room booking technology could compete more directly with EventBoard. But EventBoard’s argument is that it’s as much an analytics play as it is a simple tablet sitting on the wall in front of a conference room.

“We saw a huge need that was really fitting around the conference room space,” Ritchie said. “The incredible frustration that companies have around org and leading and kicking out of rooms, it’s not an optimal experience.”