The iPad helped introduce the concept of interactive books, where stories are accompanied by games and other tappable animations to complement their tales. But a company called Hullabalu offers a twist. Instead of digital stories with interactive bits, kids advance the story’s progress by interacting with the world and playing with the characters.

Now the company has raised an additional $2.5 million to continue to develop its product and technology, including its own proprietary animation engine, and expand its brand through physical merchandise.

This is also one of the first investments from Technicolor, whose connection to Hollywood will be helpful to Hullabalu as it works to become a larger kids’ entertainment brand, rather than just another iOS application.

Founded in mid-2012 by Suzanne Xie, who sold her first company Weardrobe to Like.com, which was later acquired by Google, the idea for Hullabalu was inspired by her own love of reading sci-fi and fantasy when she was younger. 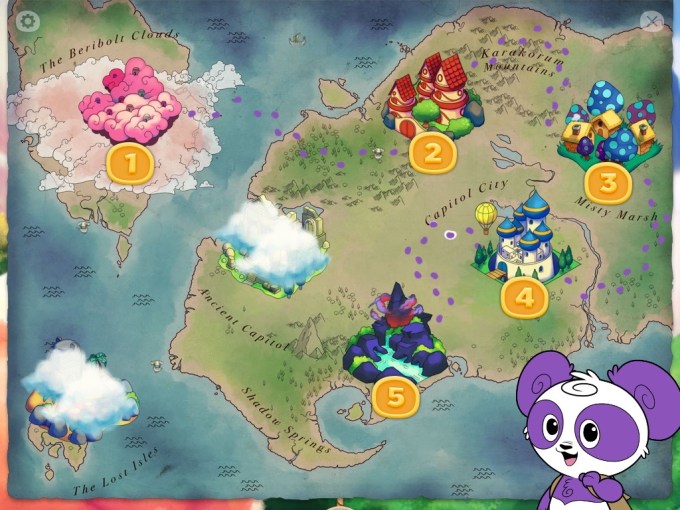 Aimed at younger children, the world of Hullabalu contains magical characters, like talking pandas, bunnies, foxes and more, having adventures as they go on a quest to save the world. The company created all the characters, voices, art, and animation itself, and is now able to do so at a faster pace, thanks to its animation engine called Pegasus.

Developed while the startup was in the accelerator TechStars, this engine is able to take regular Photoshop files and convert them into interactive scenes. That means that Hullabalu can produce its digital titles quicker than before.

For comparison’s sake, when the company first started, it took the team 4 to 9 months to create an interactive story.

“We had to hand-draw all the animations and had to program every type of movement we wanted,” explains Xie. “Now, once we have the content, it takes – from art to final development – less than one month.”

This content is turned into digital stories which are sold via in-app purchases in Hullabalu’s app for $3.99 per download. Though this revenue mechanism was only turned on a couple of weeks ago, Xie says the early conversion rates are promising – 2 to 3x higher than industry standards, she notes.

Each story offers, on average, 35 minutes of play and repeat engagement ranges from kids who come back every other week to those who return every other day. 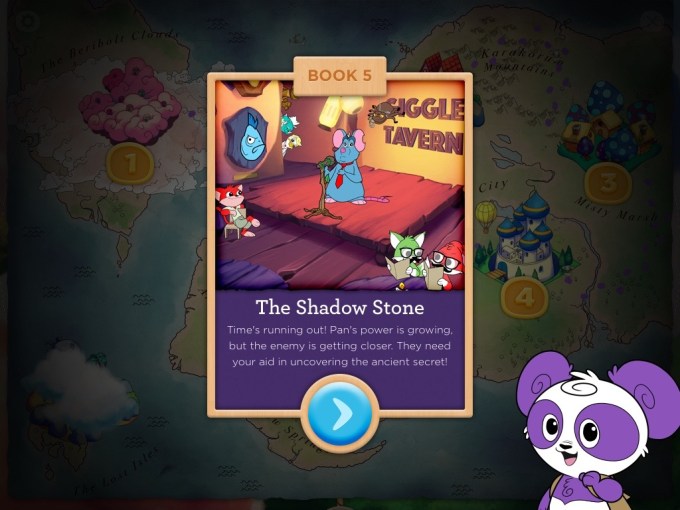 With the new funding, Hullabalu is going to add a parent’s section in the app that will offer insights into their child’s progress, and how they’re playing. In addition, the company is working to roll out its 6th book before the holidays, and its 7th book in January.

Hullabalu will develop its own merchandise to accompany its digital titles, too, including stuffed animals, sticker books, coloring books, regular books, and more. These will be tied into the apps themselves, allowing kids’ to unlock other digital content.

A number of apps in the mobile gaming space, like Rovio (“Angry Birds”), “Plants vs. Zombies” and others have attempted to expand their brand through the sale of digital goods. That movement – to combine apps and real-world products – is something everyone from startups to big companies like Amazon are also now investing in, the latter with the launch of Merch by Amazon, a way for game developers to sell tees along with their apps. But even popular games with successful product lines can’t seem to stem the downfall of apps in what’s ultimately a hit-based business.

Asked how Hullabalu thinks about this problem, as a game-like app attempting a crossover into the physical goods space, Xie replied that she doesn’t see their stories as a “hit” title. “We see the world and the series as building out a classic. Every year, there’s a whole new generation of 5-year olds who are growing into it,” she says.

The challenge for Hullabalu is getting the attention of kids (and their parents), in an increasingly crowded App Store. But if iPads are today’s kids’ TV, it makes sense to try to become one of the preschool set’s new favorite brands.