If you had a few dozen billion dollars, an appetite to cut deals and a desire to change your image a few states away, how would you go about it?

That is a question Microsoft is trying to answer. Cash-rich, profitable and sporting new leadership, the company wants to change its image in Silicon Valley. Long ensconced in the Pacific Northwest, the company has boosted its focus on the Bay Area. Evidence abounds, but perhaps most notable has been a recent shift by the company to hold regular events in San Francisco. Something something showing up is half the war or something like that. 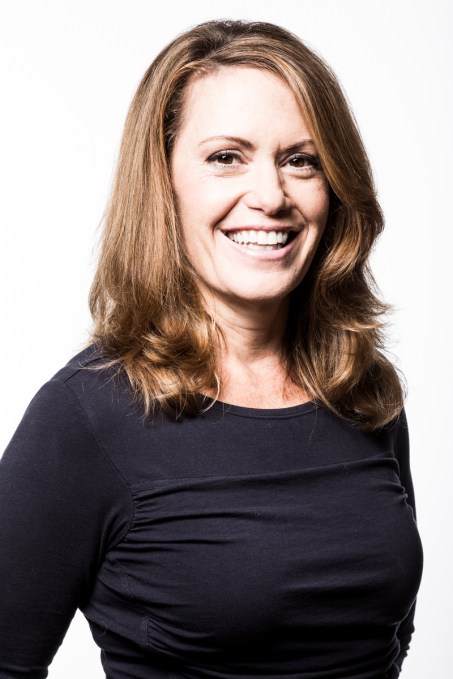 Microsoft has a new chief of deal-making pushing the change. Peggy Johnson, whose formal title is executive vice president of business development, is tasked with partnering, buying and generally cutting a swath through the startup scene. Johnson previously worked for Qualcomm, where she oversaw Qualcomm Labs. Microsoft, of course, has its own research crew.

To figure out how Microsoft approaches deals in this frothy period, I snagged Johnson for an interview. What follows is an edited version of our conversation. You can thank me for cutting out jokes that I thought were funny at the time, but did not convert at all to the written word.

Executive Vice President Of What?

Job titles are vague on a good day, and completely opaque the rest. I asked Johnson what her job actually entails:

I am in charge of our strategic partnerships. I’m also involved in our engagement with the VC community. We’re really trying to deepen those relationships. I spend a ton of time down in the Valley. I like to think Satya [Nadella, Microsoft’s CEO] has given me the freedom to make the Valley our new best friend. I’m down there all the time.

I’m also involved in our M&A activity here. And so as we look at startups, we look at various investments; I’m on our investment council. And just basically while doing sort of our day-to-day biz dev that goes across all of the groups, I’m also looking at new growth areas for the company. So it’s all about how do we attain those, and I personally feel that partnerships are a huge part of that. It’s definitely an element of innovation with the focus on partnerships.

I noted following her comments that the set of priorities she outlined seemed broad, something that she agreed to. Given her ability to make deals of all sorts, it is worth asking: Does Microsoft want to partner, invest, or buy?

You will have noticed that Microsoft’s forays into startup investment, while existent over the past few years, have fallen away in quantity. That, and it isn’t unfair to say that the software shop has had less of an interest in large-scale venture capital work than, say,  Alphabet, which has a powerful venture barnacle attached to its hull.

This has long confused me. The best answer that I received on the question before was from a Microsoft executive who said that given the scale of the firm’s balance sheet, venture activity simply wasn’t accretive.

To have such problems.

I asked Johnson why Microsoft appears to have a greater focus on partnering instead of buying. She responded by stressing how the company approaches partnerships. I don’t summarize in any pejorative sense — it’s a decent encapsulation of the company’s past efforts.

Later in our chat, we returned to similar waters, and Johnson explained how an acquisition can come into existence even through prior partnership:

You know, whether it’s acquisitions or partnerships or commercial agreement, I think you’ll see us just stepping up on that, because for sure we know we can’t — you can’t build or buy everything, right? […]

I think our Acompli acquisition was an interesting one, which started with a partnership and looking at their mobile e-mail app on iOS and Android. And what I would like to highlight with that one is the speed that we actually turned that around and brought it out the door.

It appears that Microsoft’s take is that partnering is a good first step, and one that can be followed up with other sorts of transactions if they are warranted. This can go well — the Acompli deal is an example of that — or it can not. The Nokia deal was a partnership and financial relationship that became a purchase that became a dumpster fire of investor capital.

Johnson is not constrained by deal size. I asked if she was focused more on deals in the millions of dollars, or if Microsoft was still open to deals in the billions: “We look at everything I would say and, you know, we have the balance sheet for that, […] which again gives us some amount of freedom as we look at companies. But, there’s no, again, prescribed method there.”

So, scale of purchase is open-ended. To that point, it is fair to say that prices of private technology companies are not cheap. Microsoft has to pay at least market rate for companies. If you have money, as Microsoft and other tech giants do, it is hard to negotiate a discount.

I was curious if Johnson found current valuations a bit much for her taste:

Clearly with Uber it was a partnership relationship. Salesforce is a partnership relationship. There were areas that we could build value that existed that we just had to leverage. And with both of those companies, we sat down and figured out sort of the near-term and the longer-term ones and we had such a, I guess, a good experience with both. As I said, it’s led to even more integrations in other areas around the product line.

So it’s really going to be on a case-by-case basis.

If you were an entrepreneur hoping for a magic key to unlock a bushel of Microsoft dollars, that answer probably doesn’t meet your hopes. I can, however, offer some encouragement.

I asked Johnson about acqui-hires as a potential method to pick up talent. The transaction varietal has become a normal tool in the Marissa Mayer Yahoo Era. Is Microsoft open to buying things for the people inside?

If it makes sense we’re going to do it. We are just open to using acquisitions just for the talented people we see in that. We’re open to it for some interesting technology. So there’s no preset or prescribed notion. And that’s the way I’ve engaged with my team. And I’ve just got this first-class set of folks on my team who have wonderful experience and I’ve kind of let them loose and said this is what I want to do, this is what I want to focus on, show me how to do it. And no idea is too crazy.

May the Age of the Acqui-save never die.

What Microsoft Believes It Brings To The Table

If you’re a hot company at the moment in technology, you have no shortage of opportunities to snag cash and, likely, partners. It’s a heated moment in the industry, with all that that entails along for the ride.

Given that, I asked Johnson what she thinks Microsoft brings to the table. She stressed its channel as an important tool:

Certainly our channel. I mean, obviously our enterprise partners live literally everywhere across the globe in unique differentiated factors that we have. And very long-term relationships with this company from one end of the globe to the other. They’re not new. Some of them are 30 and even 40 years old. We just crossed our 40-year-old birthday.

So that’s probably the biggest differentiating factor that we have and that resonates with a young startup who has got a great technology or a great app or service and they’re thinking, okay, how do I bring this to the broadest set of consumers or enterprise customers. We check both those boxes.

The above is a decent argument to explain why the whispers concerning Microsoft potentially buying Box have never completely died out, despite there being little to no evidence that informal talks are even being considered.

But while Microsoft, like other large tech firms, has much to offer smaller, less mature companies, it also retains a lingering image problem. I was curious about the impact of Microsoft’s new CEO, Satya Nadella, and how his hire may have changed things.

I think it’s made us more relevant. And there are a couple of things. Satya is present in the Valley often. I’m down there often. We have a team based down there.

We’ve deepened our relationships with this team. We’ve listened to their feedback, you know. If they’ve got great advice for us, and I’ll come in and say, what more can you do? We do have a young company looking to make a cloud decision, what can we do to make sure we’re on their radar? And we’ve incorporated it, in fact. And I think just being in those conversations has opened doors for us.

This, you’ll note, ties back into Johnson’s prior comments about how much time she spends in Silicon Valley herself. I would call it something close to a pattern, but I’m not sufficiently English for that sort of diminution. 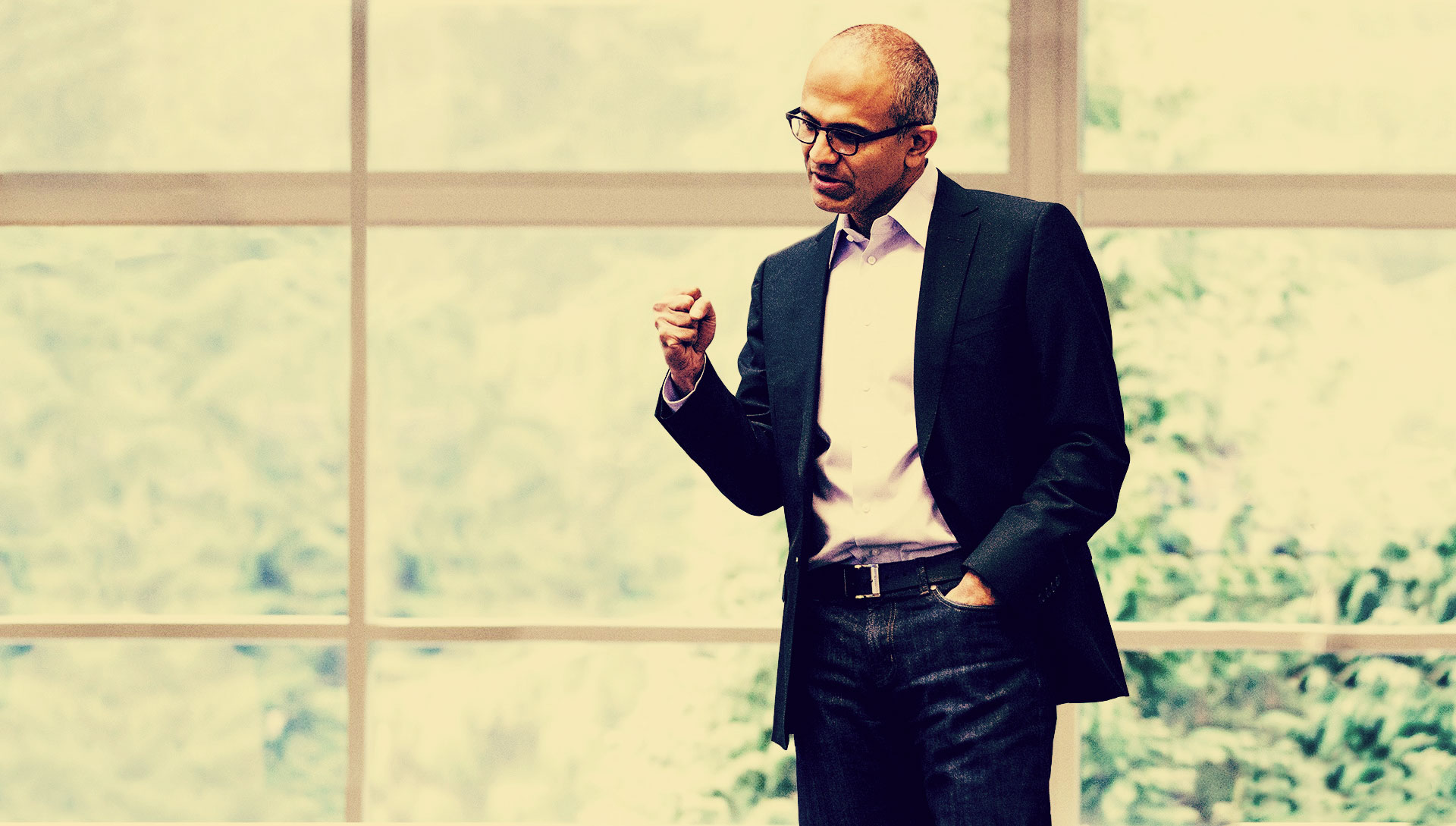 Chatting with Johnson was a useful exercise, because it helped me — and I hope you — better understand where Microsoft is heading. Our conversation also throws light and color onto what other tech firms might be up to.

I’d say that Johnson views Microsoft’s balance sheet as a weapon, but that she isn’t hell-bent on writing massive checks in the short-term. Instead, I would anticipate a decent spate of nine-figure deals and an increasing focus on linking Silicon Valley companies to its extant deals.

That would be something that might work for everyone.