Today following the bell, New Relic reported the results of the second quarter of its fiscal 2016, including an adjusted per-share loss of $0.17, off revenue of $42.9 million.

The street had expected New Relic to lose an adjusted $0.22, on revenue of $41.20 million. The firm, down over a point in regular trading, is essentially unmoved in after-hours trading.

Using normal accounting techniques, New Relic reported a steeper loss than it recorded a year past. Here’s the official set of metrics:

So, while New Relic managed a more than 60 percent increase in its revenue, compared to its year-ago period, it did so at the cost of increasing expense. Still, the company’s GAAP — a simple term meaning that the figure in question is a non-adjusted metric, regarding United States accounting methods — loss increased far less than its revenue.

You can calculate the implied margin shift for yourself.

Now, for you financial dorks, here is the raw material: 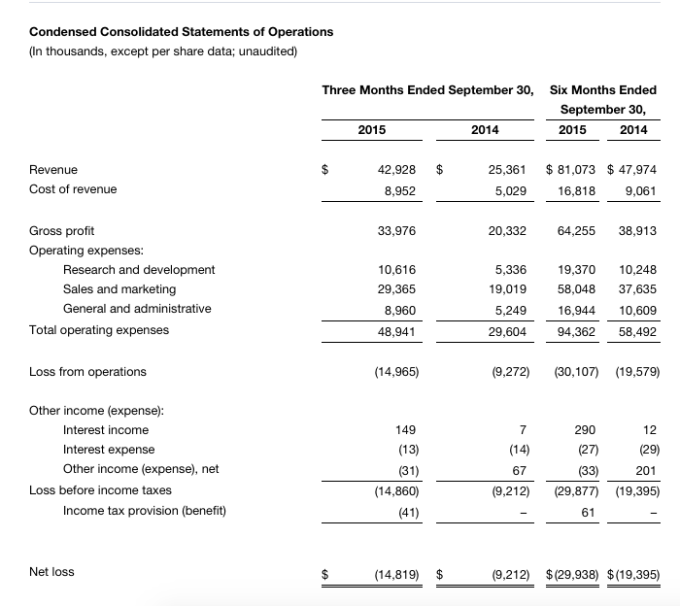 As you can see the company’s half-year — fiscal — revenue increase, as we noted above, does in fact dramatically outstrip the increase in its full losses. Investors will have to decide if they are content with the figures.

Looking ahead, New Relic expects revenue of $45.0 and $46.0 million in its current fiscal quarter. Analysts had expected $44.4 million. That should engender a smile or two.