What does that mean exactly?

Well Lytro wants to provide tools to shoot live action virtual reality. It built its “light field” solution from the ground up. Its CEO, Jason Rosenthal, says Lytro will continue to support and sell their old camera line, but they’re switching over to virtual reality, which he calls the “future of the company.” 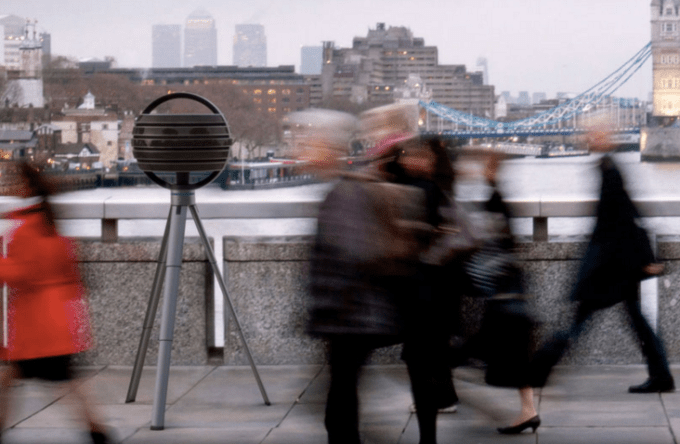 The rig has a sphere containing five rings of light field cameras and sensors to capture video. The key is it’s collecting all of the data from all directions at any given location. As a viewer, you’ll be able to seamlessly look up and down, side to side and the like when you’re wearing a VR headset. Basically you can’t “move around” in current VR experiences, you’re in a set position. Mostly so you don’t fall down.

Lord knows I have.

“Six degrees of freedom” is the battle cry for Immerge.

The output of the camera will be compatible with all of the big players’ platforms and rigs, including Oculus’, HTC’s and Sony’s, Lytro says. When’s it coming? Well, it’ll be tested, and full specs will be made available, in 2016 and it’s probably not going to be cheap. But when you think about who will pick these cameras up, they can probably afford it and have budgeted for emerging tech like this.

The company has raised $150.75M to date and doubling down on virtual reality certainly isn’t a bad idea. I mean, at least they’re not re-inventing Polaroid pictures or anything. It’s a “pivot.” But a damn smart one.