The internet is a wonderful thing. It’s a place for new and fresh ideas, forums for people to discuss them. And well, ways to find ones that had been dropped. One idea that was dropped was Google’s attempt to start what sounds a whole lot like Lyft and Uber.

The project was called “Google Ride Finder” and it was announced on May 31st, 2005. It got a little bit of coverage, too.

Here’s what the announcement said about the service, which was a part of Google Labs:

If you’re like me, you use a mix of recommendations from friends, the phone book, or standing on the corner with your hand in the air (and hoping it isn’t raining) when you need to find a taxi, limousine or shuttle service. With Google Ride Finder, you can tell us where you want to find a ride and we’ll show you the actual positions of participating vehicles in that area, along with a phone number you can use to contact the fleet operator (e.g., Chicago).

Sounds pretty darn familiar, but remember that mobile wasn’t a thing back in 2005, so there’s absolutely no way this would have taken off like Lyft and Uber have.

And yes, Google knew that the key to this business would be bringing on a massive fleet, so here was their pitch to drivers:

We’re just getting started, so forgive us if we don’t have your city or ride provider yet; we’ll be adding more as they become available. If you’re a fleet owner/operator, get in touch with us; we’d love to include your vehicle.

In fact, they promised to get back to you within a week! That’s speedy. A lot of the language discusses limos and taxis, so it would be interesting to learn how deeply Google thought about deploying say, your car, as a part of the fleet.

Google launched an experimental Google Maps-based tool called Ride Finder, tapping into in-car GPS units for a selection of participating taxi and limousine services. The tool displays the current location of all supported vehicles of the participating services in major US cities, including Chicago and San Francisco, on a Google Maps street map. As of 2009 the tool seems to be discontinued. Not to be confused with carpooling.

The project’s FAQ section is a real hoot in retrospect, as it patched together some of the issues that modern companies have solved with technology and mobile GPS advancements:

I’d personally like to see the return of Google Ride Finder…especially if it doesn’t have a human driver. That’s a discussion for another day, because one look at this data from NPR might scare the crap out of anyone who drives for a living: 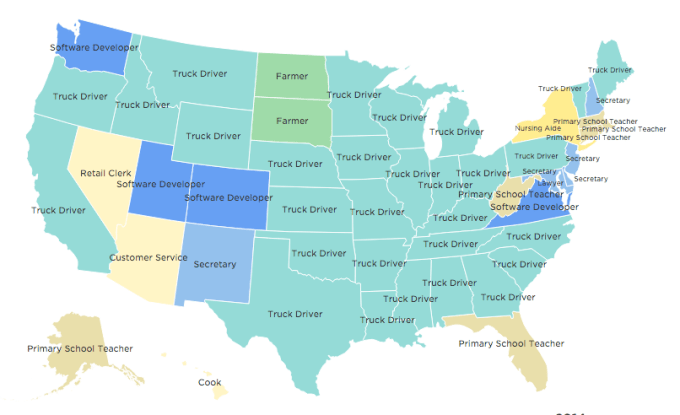 Imagine if Google had stuck to this business. I mean, Uber has raised $8.21B, with one of its investors being a friendly Mountain View neighbor, GV (Google Ventures).

Now pardon me, I feel old.