Lenny Pruss Contributor
Lenny Pruss is a principal at Redpoint Ventures. He writes about the business of developers on Memory Leak.

That was a common axiom that permeated the venture community as recently as a few years ago. But just in the last couple of quarters, GitHub, Stripe, Twilio and Slack have all raised giant rounds, valuing each company at at least one billion dollars. Mesosphere, a company founded less than three years ago, is rumored to have been the target of a buyout with the purported price tag starting at one billion dollars. Meanwhile, in the public markets, while the Twitters, Yelps and Etsys of the world got pummeled, the likes of New Relic and Splunk have gained or, at the very least, held constant.

What’s changed? Why are companies that target developers suddenly the hottest ticket in town?

Most simply, the answer relates to the coming of age of the software economy. Over the last decade, we’ve seen an acceleration away from the old ways of doing business inherent to the post-industrial economy, moving toward the new modalities of a software-based economy as the forces of open source, cloud and mobile have all but eviscerated barriers to adoption, distribution and innovation for information technology.

As more of our physical world becomes instantiated in digital bits, every aspect of the global industrial order is being remade — from how we work and transact with one another to how we treat diseases and fight wars. Fundamentally, this implies that every organization in the world is in the midst of transforming in some way, shape or form into a software organization.

In 10 years, there will be only 2 kinds of companies: those in the technology business, and those no longer in business.

This isn’t news; this revolution has been top-of-mind for nearly five years now. But only now are we witnessing the ramifications of a full-fledged transition to a software economy.

Chief among those is that with technology now table stakes, the developer is the organization’s top power broker. Correspondingly, companies that win are characterized by their ability to write better software faster (hence the rise of continuous delivery and DevOps practices), and the tools that enable them to do so are inevitably gaining an increasing share of budget dollars.

Combine this with a Cambrian explosion in demand for those with technical skills — software developer positions are supposed to grow 22 percent from 2012 to 2020 — and it’s no wonder why we’re in the midst of a dev tool awakening: more developers with increased organizational power wielding greater control over purchase decisions.

The data is telling. Since 2011, total dollars invested in developer-focused businesses has grown nearly 65 percent annually, with the total eclipsing $2.3 billion in 2014. By all measures, that figure stands to be smashed again in 2015 — through Q3 this year, $2.1 billion has been invested in “dev tools” business versus $1.8 billion in the same period last year. 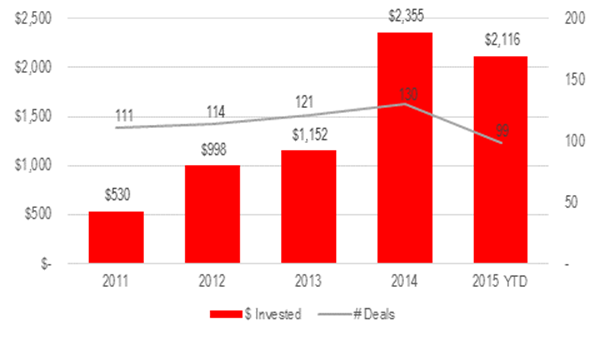 With regards to taxonomy, developer tools have always defied classical categorization and are becoming even more ambiguous to define as more and more of the physical world becomes expressed through binary. However, we broadly group dev tools into four distinct buckets:

Correspondingly, in each of those categories just in the last several years we’ve seen the emergence of multiple dominant companies, all of which have succeeded by winning the hearts and minds of the developer. 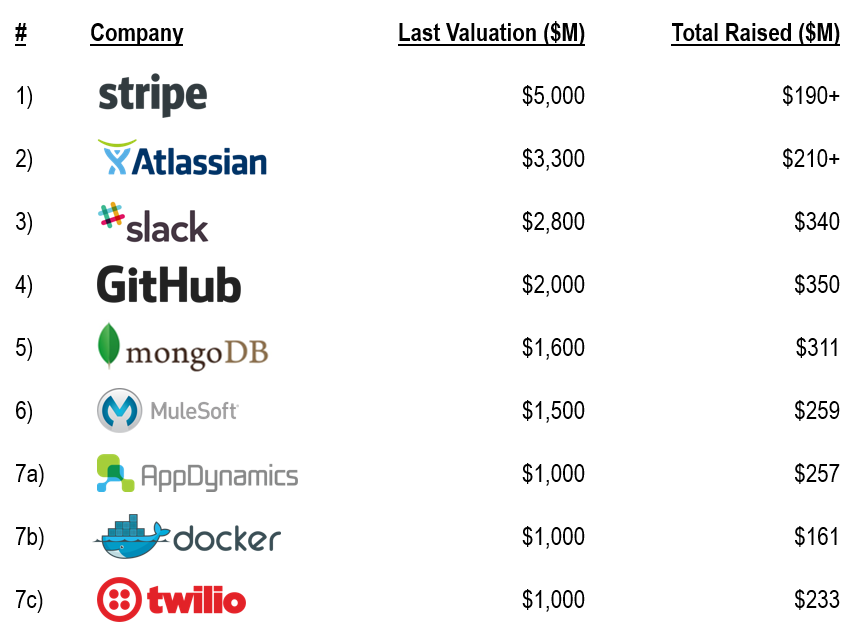 It stands to reason that as this new software economy matures, developers will only continue to grow in role and importance. It should come as no surprise, then, that we’re at the outset of a gold rush for the picks and shovels that will make those developers and the software they create better.