Will Quist has joined Slow Ventures as a partner as the four-year-old outfit evolves from investment club to investment firm.

Lessin was a VP product at Facebook, which he’d joined in 2010 when it acquired his startup Drop.io, a file-sharing service similar to Dropbox. Lessin left Facebook in August 2014.

Colleran — who is Slow’s managing partner — was among Facebook’s first 10 hires and helped build its global sales strategy. Morin was also early Facebook employee, playing a variety of product, marketing, strategy, and management roles. Colleran and Morin left Facebook in 2011 and 2010, respectively. (As readers will know, Morin later cofounded the photo-sharing app Path, which was acquired in May for undisclosed terms by Kakao, the Korean Internet company.) 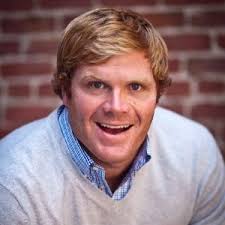 Quist joins the firm from the San Francisco-based investment firm Industry Ventures, where he spent the last five years as a managing director, having worked his way up from an associate position back in 2007. Previously, Quist was an analyst at Banc of America Securities.

Slow has made hundreds of seed and later-stage investments since its formation in 2011.

Among its many notable deals are Pinterest, AngelList, TaskRabbit, Nest Labs, Evernote, and Nextdoor.

As we’ve noted in our previous coverage of Slow, it isn’t focused on leading investments, and the team usually doesn’t take board seats.

We’ve reached out to Quist for an interview; we’ll update this post when we learn more.