If you’re not familiar with Shark Tank, it’s ABC’s show that drops companies in front of investors from all walks of life, including the very loud Mark Cuban, owner of the Dallas Mavericks. It’s oddly become a family favorite for a lot of people I know, mostly because they get to shout at the TV and make predictions on whether someone will invest or not, or talk about what they’d do if they were in the investor chair.

The spice things up this season, the producers brought in a few guests. One of them might be familiar to you, Chris Sacca of Lowercase Capital. He’s invested in the likes of Twitter and Uber and uses the shit out of the products he invests in.

How real is it? Sacca tell me the sharks know nothing about the companies before they present other than who they are. If you know something about them already or have talked to them before, you can disqualify yourself.

Sacca is making his debut on the show tonight at 9PM, which hopefully won’t be his last, since I’ve been interested to see how he gets along with Cuban, specifically. I chatted with him yesterday about how things went during taping, whether the show is real or bullshit and if we can expect to see him pop up again. 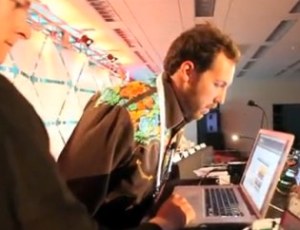 TC: Are you nervous at all for the airing? I mean, you’ve done TV but for a slightly different audience. Shark Tank is massive.
CS: I wasn’t nervous. I think being in front of a big auditorium, live, generates more adrenaline. It felt like the opportunity to bust a lot of chops with other Sharks would be natural for me. I know Damon and Mark well. I got to know the rest of them. Once they started rolling the cameras it was game on with competing with the other sharks.

I went to the taping the day before to see how it rolled and then got to see one after I shot. I had FOMO being there, not being on the show. After being in the mix, watching from the sidelines was torture.

TC: Are you surprised by anything you’ve experienced on set, based on what you’d seen from home on TV?
CS: When the camera rolls, friendships fall by the wayside. These are incredibly competitive people. You’ll see in my episode, I get bit. I bite, too. What I was most surprised by was how absolutely real Shark Tank is. It’s not scripted or managed or manipulated. The deals getting done there are very real deals. The entrepreneurs have practiced. You ask whatever you want to ask, bid and bow out if you want and how you want. You’re investing your own money.

It was raw and real and was really impressed.

TC: What’s the prep like for the companies?
CS: Demo days, when they come to pitch. They have 45 mins to an hour and a half and we get to ask anything we want. That turns into 8 mins of TV, but there’s a thoughtful Q&A session and I feel really comfortable with the information I get.

TC: Any areas outside of your norm that you might invest in because of the show?
CS: I have a diverse range in my personal portfolio: restaurants, apparel, hardware, and consumer goods. I only invest in things where I can personally and materially impact the outcome, and that makes everything interesting to me. 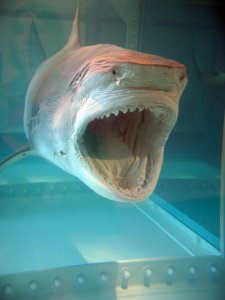 TC: Are we going to see a different side of you that we don’t see at events or on Twitter? What’s Shark Sacca like?
CS: My current reputation is probably already pretty sharky. I think you get a genuine insight to me by watching, and I’ve never been afraid to speak my mind. I think what I’ve found is that Shark Tank was a perfect venue to do what I do. To be “inside” of the screen was a privilege.

TC: Does your family think it’s cool that you’re going to be on TV?
CS: I got to see the episode last night and they got to see it last night. Every time I came on, the kids said “daddy!” They’re big fans. I didn’t really understand what a family show it was, but as it turns out my 9 and 11 year old niece and nephew watch every episode. To know how many kids are being inspired by the show right now, felt really good. It felt like a show I could be proud of.

TC: Is this making you want to venture (ha) out of tech to try other areas of investment?
CS: Every company in the world has to have top notch digital execution. Online commerce has to revolve around great design principles, etc. A lot of my skills translate to pretty much every opportunity. There’s things I’ve seen where I think my strengths would compliment another sharks, too…which is cool.

TC: You know Mark, but how did they have room on the set for both of you?
CS: We go head to head relentlessly. Without giving away anything, we’ll continue to.

TC: Most importantly, are you having fun doing it?
CS: i’m having a lot of fun. The reason why I think it’s fun is the reason why I got into investing in the first place. The investment game has increasingly more politics, more friction. More sharp elbows. All of this administrative overhead with bigger stakes. The founders and the products on Shark Tank remind me of when I got started.

TC: Are you ready to be recognized on the street?
CS: I totally intend to blend with all bearded cowboy shirt wearing investors.
—————

I haven’t seen the episode, just the clip above. Just from that, it’s definitely worth a watch. One of the best things that Sacca told me during our discussion was on the topic of the show letting him be him. Most of the other sharks tend to dress up for the shoots.

I told them from the get go: I will not and cannot do it if i have to wear a suit, my career in Silicon Valley would be over.

Has any deals or will any deals be done as a result of the show? Sounds like it. Sacca told me that there’s lots of seasoned entrepreneurs, but some mom and pop shops too:

They’ve got some companies that if they walked into Lowercase, I would do the deal.