The year is 2015 and yet the promise of the “personal cloud” has failed me. There are tons of drag and drop and syncing “backup services” but nowhere that’s my slice of the puffy white stuff. Enter the 80 employees and impressive pedigree of Palo Alto based Upthere.

Google Drive, Dropbox, Apple’s iCloud, Box, IDrive, Hightail, Microsoft OneDrive, SugarSync: These are some of the better known services to keep your stuff in one place in the cloud. Some tout themselves as having strengths in file-syncing, some push online backup as a reason for using them. I have files in every single one of these places. Why is that? They’re all great in their own ways and they all suck in their own ways.

I use Dropbox, and even Slack now, to share files with colleagues. I use Google Drive for document editing. Google Photos for photo and video. iCloud backs up my iPhone, iPad and camera roll on both (which also go to Google Photos). OneDrive has some product shots that I may or may not ever use. Box has my videos from Vegas in 2007 and some random photos. Dropbox has about 10,000 of my photos …a backup of Flickr in case it ever died and and the downloads folder from my last four jobs. SugarSync has the documents folder of my laptop from two jobs ago. And Hightail has a few MP3s from a computer that was in my dad’s basement.

If you asked me where my personal slice of the cloud was, I’d say “everywhere.” A Palo Alto based company coming out of “stealth” today, Upthere, aims to fix that. The company has been working in secret since 2011 and I sat down with its more notable leaders this week to find out what they’ve been working on, their mission and values and their upcoming beta testing.

Upthere carries such notable investors as KPCB, Google Ventures, Elevation Partners, Floodgate, NTT DOCOMO Ventures and Western Digital. More on Western Digital in a bit. The company isn’t disclosing the size or number of rounds it has raised, but given the firms on the list…it’s not pennies. Upthere was founded by Bertrand Serlet, Roger Bodamer and Alex Kushnir in 2011. 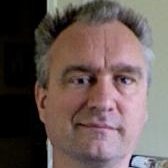 The plan? Build from scratch.

Let’s start with Serlet, Upthere’s founder and board director. He was SVP of Software Engineering at Apple after coming over with its acquisition of Steve Jobs’ NeXT in 1996. At the former, he led OS X through Snow Leopard and helped get iOS going. As someone who is a major contributor to personal computing, his view of Upthere through the lens of his work at Apple is quite fascinating:

I was familiar with syncing, I was very involved with Apple’s syncing engine. We (Upthere) looked around and nobody did what we wanted to have. We’ve put together a backend team that’s excellent and the culture of caring for data.

And there you have the core of Upthere. Caring for data. 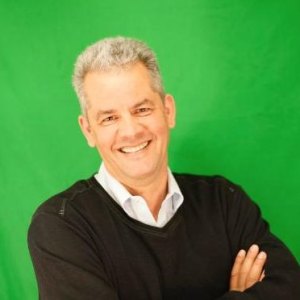 Upthere’s co-founder and CEO, Roger Bodamer, has a history of heavy interest in solving data computation and storage challenges in distributed networks, most notably at Oracle. He went on to become a GM at MongoDB and worked at Apple for a spell.

I asked Upthere board member John Doerr of KPCB why he decided to take the long-game investment plunge of building a brand new infrastructure in the cloud for consumers (something that sounds so geeky typing, I know my Mom will be like “what?” Give it a bit, Mom; you’ll understand hopefully). He said the engineering-heavy company’s founding team impressed him.

“Their history, but also the hybrid natures of their DNA. Oracle, Mongo, Apple, and Google,” he said. “Their ambition was to reimagine and look at every phase of cloud computing, from the motherboards to the metal and silicon.”

“We’d like the word ‘backup’ to vanish from the dictionary,” Bodamer told me as we discussed dragging and dropping files and syncing them in folders on various services. Why isn’t what we have good enough? Bodamer continued: “We built a consumer cloud from the ground up. We questioned everything, literally. We experimented a lot. We want the cloud to be the primary place for your data.”

The idea is that no matter what device you’re carrying around or using, be it a laptop, phone, tablet, phablet or desktop, you should have direct-write access to the cloud at all times. The cloud should be your hard drive, not your device.

Chris Bourdon, Upthere’s VP of Product, went a bit deeper when I poked about why syncing isn’t good enough and why huge storage capabilities on devices might not even be necessary:

Something really interesting at work here. When we think about consumer devices and we think about them as a self contained computer. They’re really good at gathering your data. They have cameras and sensors that track where you are. They’re becoming mobile and connected and always on. They’re not good at capturing and sharing your stuff, the cloud is much more scalable for that. 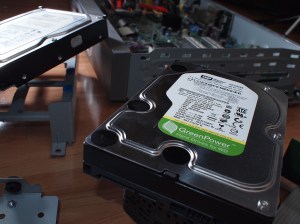 Jargon-free? The cloud can crunch a crapload of data and serve it up to your iPhone in a pretty way without being a burden on said iPhone. Why should a device slow down because it’s trying to figure out what you’re searching for, how to display it to you, etc. Upthere will be your storage, allowing your devices to do what they do best…gather stuff.

The ground-up approach includes the entire stack. Hardware to software. The company has designed its own servers down to the bend of the metal and the motherboards used. Its strategic investment from Western Digital is also coming in handy since, well, they’re using a lot of physical storage that you’ll luckily never have to see or deal with. Upthere is storage with APIs and a framework that will allow the company, as well as other developers eventually through an API, build secure and scalable consumer applications quickly.

The syncing technology that the team, and developers everywhere, have familiarity with is POSIX. It’s been around since the late 60s, early 70s and was designed for file systems that were a few megabytes. Not the gigs that we’re moving around these days.

By building a filesystem that directly writes to the cloud, the company is taking advantage of the fact that our devices are pretty much always connected to the Internet. Think about the last time you were connection-free. Maybe it was a flight without Wi-Fi. But even that is becoming less common these days. Bourdon tells me that Upthere’s plan is to completely bypass local storage and go directly to the cloud: “By doing this we have a single unified placed for your things, and it grows to accommodate. It’s accessible from any device anywhere, and it’s better at sharing your things.”

Their ambition was to reimagine and look at every phase of cloud computing, from the motherboards to the metal and silicon. John Doerr, KPCB

Bourdon went on to show me two apps that demonstrate the stack. Both will be made available over the next few weeks on Mac OS, iOS and Android. Both have been operating under the code name of Zephyr.

The first is a “Home” of sorts, where you can view your stored files. This includes photos, videos, music (including imports from iTunes) and documents. It’s super fast to search through, since the team explains that it took a non-hardcoded approach to displaying files, it’s all search-query based and Upthere’s servers are doing all of the hard work. 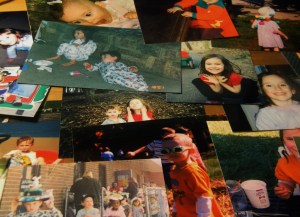 The second app, Camera, does exactly what you think it would do. Take photos. But those photos are never stored on your device, not even for a second. The second you snap one, it’s in the cloud. The app also lets you set up shared cameras, which are basically groups of people who have the app or not and can access your photos.

You can choose which camera you’re using, but you could accidentally share a photo with mom that you didn’t intend to if you aren’t careful. And there’s no going back because, well, the writing and sharing is that fast. I watched the notifications ping pong around the room and was frightened. On the sharing side, this does offer a less filtered view of what you’re experiencing — much more intimate than what you’d share on Instagram or Twitter.

The key to these two apps is that they’re built on Upthere’s 4-year-in-the-making stack that’s lightning-fast and secure. Doerr even told me that the team scrapped what it was doing a few times and went back to the drawing board. As an investor, that takes some patience to hear. He didn’t flinch, he tells me. “They’re on a mission to do something really important in a high quality way,” and that’s coming from the man who has backed the likes of Jeff Bezos, Larry Page and Sergey Brin at a very early stage.

To get all of my files into Upthere, it’s going to be a gradual process.

If you peel away all of the new technology that’s been built, the apps built on top of it and the hopes of more being built by developers, it all comes down to trust. The companies that I name at the top of this post, for one reason or another, I trust with my data. However, some of them haven’t followed through and let me do anything new or cool with it. My files are just…there.

The company unveiled a bit of a mission statement today on its site, along with a sign-up link to be invited to their beta:

A new computer is emerging from the cloud

Our devices help bring our imaginations to life with their cameras, touch screens, and sensors. But to fit in our pockets, last throughout the day, and be always connected, they’ve hit limits. Our devices no longer have enough speed or space or battery to store, share, and compute all of our digital stuff.

But the cloud does. It is more reliable, expandable, accessible, and affordable. It connects us with friends and family. It can mobilize massive computing power to find patterns in its oceans of data. By directly joining the device and the cloud, a more powerful computer emerges.

We are building a new cloud platform for humankind’s information that brings this computer to life. This platform is a complete, hardware and software, stack for consumers and developers. It is reimagined all the way from the servers in the data center to the pixels in your palm. It will connect our devices directly to the cloud, bringing the power of the new computer, up there, to how we keep, enrich, and share our digital lives.

We look forward to sharing it with you soon.

Thank you,
The Upthere team

This thorough and measured approach, which some outsiders could see as slow (and fairly, given the fast-paced nature of Silicon Valley innovation), is what Upthere and its investors are betting on. The proof’s in the pudding now once people start using it.

To get all of my files into Upthere, it’s going to be a gradual process. Not only technically, for me, since my stuff is everywhere, but as I get to know their products and learn how they act to support its customers, I’m going to be a little cautious of going “all in.” I mean, I haven’t anywhere else yet. Somebody has to be “the one,” right?