The rumors were true…today, the OnePlus X Android phone was announced officially at an event in London. The OnePlus 2 isn’t even shipping out to customers yet, but hey, why not announce new stuff? Gadget geeks love them. Since we called the 2 “promising” we have high hopes for the new X.

We got a look at the new device(s) at a San Francisco event earlier this week. 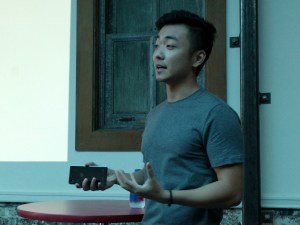 The Onyx version is available on OnePlus.net in the UK on November 5th for EUR269 and in the US on November 19th for $249. The invite window will be a month. The Ceramic edition will be available in Europe and India starting on November 24th for EUR369. There’s only 10,000 available, and for good reason…the process to make them takes a total of 25 days in which it’s fire-baked at 2,700 degrees fahrenheit for 28 hours.

In addition to the phones, the company also announced its own headphones, called “OnePlus Icons” which will retail for $49. Sadly, they don’t come with the new OnePlus X, so you’re going to have to pay extra if you want to keep everything uniform. 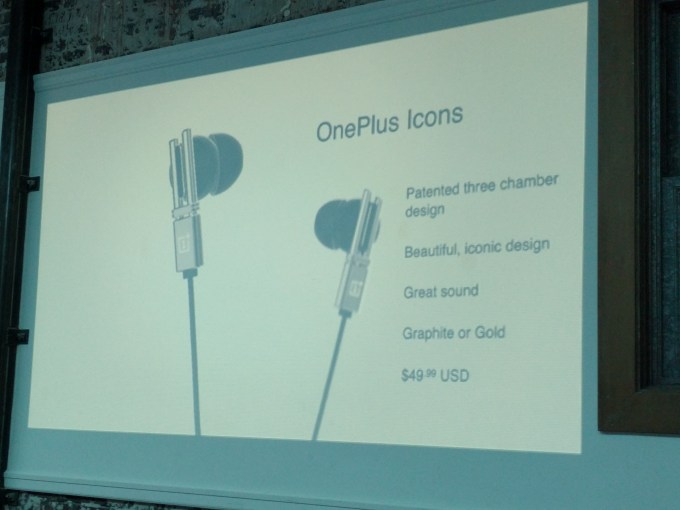 They come in graphite and gold and will be available sometime “before Christmas.”

Back to the phones. I’ll shoot you straight, it’s an Android phone that wants to be an iPhone. It’s pretty…real pretty, but OxygenOS doesn’t have an advantage over Android’s latest OS, Marshmallow, that I can see. They look good and feel good, but…it might not be enough.

We spoke with OnePlus co-founder Carl Pei after his San Francisco keynote last week and he told us why the world needs his company. He says it’s partly because “Apple doesn’t have a challenger”:

The Chinese smartphone company calls the 2 its “flagship killer,” so I’m not sure what the X is. The flagship killer killer? I asked the company how many devices they’ve sold to date, and they weren’t ready to share those details just yet.

It’s an Android phone that wants to be an iPhone.

The OS that I mentioned, OxygenOS, is the OnePlus custom flavor of Google’s Android. And it’s pretty fast, but looks mighty familiar.

Whether you think you need this phone or not, the company certainly has a way of drumming up interest for their line of devices, using an invitation system to make them available for a short period of time, and sometimes opening things up completely, thus causing a stir of “wants” and “gimmes”:

Open sales for the #OnePlus2 begin on October 12 for one hour only! Find out more: http://t.co/NrdFn3aNCV pic.twitter.com/jyuJCmtqMY

“Never Settle” is the battle cry of OnePlus, which is quite bold for an upstart…but we like that. I’ll be spending more time with the OnePlus X in the coming days and will let you know what I think. I can tell you this, it’s not “killing” the Nexus flagships, especially the 6P. It’s also highly unlikely to “kill” the iPhone, which it’s clearly trying to be.

Having said all of that, for the price, you’d be getting one heck of a phone. If I had the choice between carrying a Nexus 5X, which felt flimsy to me, or the well-built OnePlus X, I might just lean towards the OnePlus. And you get the community that comes with OnePlus, which might just build itself up to be the fanatical Android equivalent to Apple’s iPhone diehards.

Speaking of that community, OnePlus plans on taking its show on the road all over the globe, letting people get the devices in their hands: