Sending a message to the rest of the world can be a bold move, especially when it’s being sent to a bunch of random folk. Fling is looking to make the process of anonymous photo and video-sharing safe and harassment-free all while providing a kick-ass user experience.

The UK-based company has 4.5 million users right now that have sent out a staggering 50 billion moments using the service (if that number seems unbelievable, read on). Most of the company’s users are in the heavily desired 16-21 age bracket and live in the UK and other areas of Europe, though Fling is looking to expand heavily into the U.S. market following their latest update. The company has raised just under $20 million and is in the process of raising more currently.

Millions of users and a lot of cash is great, but it doesn’t matter unless your app is cool.

Luckily, Fling has a remarkably well-designed app that’s a blast to use.

The premise is simple, in an innovative actually kind of confusing way, but after downloading the app, onscreen directions walk you through the process and you’re good to go.

When you stumble upon a moment you’d love to share, which could be anything really, you take a photo and then “fling” it out to the globe, where between 50 and 500 totally random people end up seeing it (hence the 50 billion moments).

Once they see it they have the ability to reply with a tap through a new feature called “reactions.” What’s cool is that, similar to a Snapchat Story, users can tap through the photos or videos and also see the reactions from other people who the pic was randomly sent to. What results is a very global conversation that enables a great deal of exchange whether it’s in answering questions, giving an opinion or just saying “hi.” 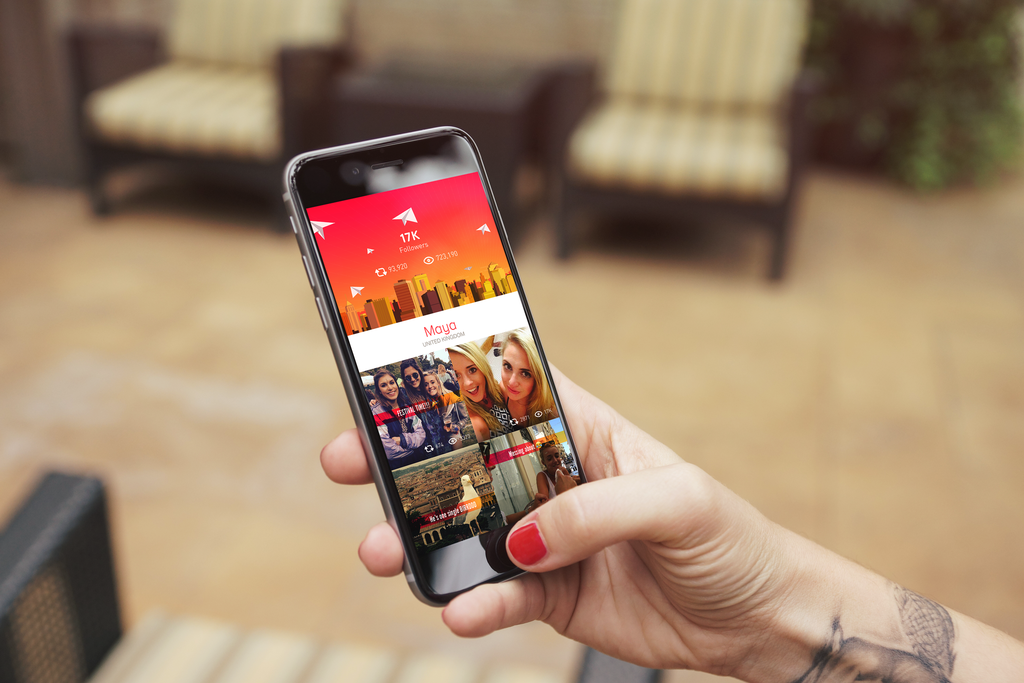 It’s a very in-the-moment concept that is again very similar-feeling to Snapchat Stories, but with a lot less familiarity and a lot more potential to interact with new people from across the globe.

As you’re probably thinking, there’s also a huge potential for abuse. Early-on Fling struggled with some significant “challenges” (i.e. dick pics, bullying) that have been known to plague startups that allow users to interact with a certain degree of anonymity. Something we noted in the past.

Fling founder and CEO Marco Nardone didn’t want his app to turn into a platform that perpetuated bullying or harassment, “especially abuse targeted toward our female users,” so his company did something pretty radical, they stripped down functionality, removing chats and replies (pissing off a lot of users in the process) and then they put together a content moderation team to click through every piece of content that is being publicly sent out through the app.

“Now, every single thing that gets sent out gets put through our in-house moderation team that’s operating 24/7,” Nardone told TechCrunch. Fling has a team of 20 content screeners working around the clock to ensure that users aren’t leaving the app after suffering a Chat Roulette-like negative experience.

The app has also introduced some features to screen users whose content is being repeatedly removed and block their devices from accessing the app again.

All of this is being done, Nardone says, so that the app will be in a good position moving forward as it gains more and more users. 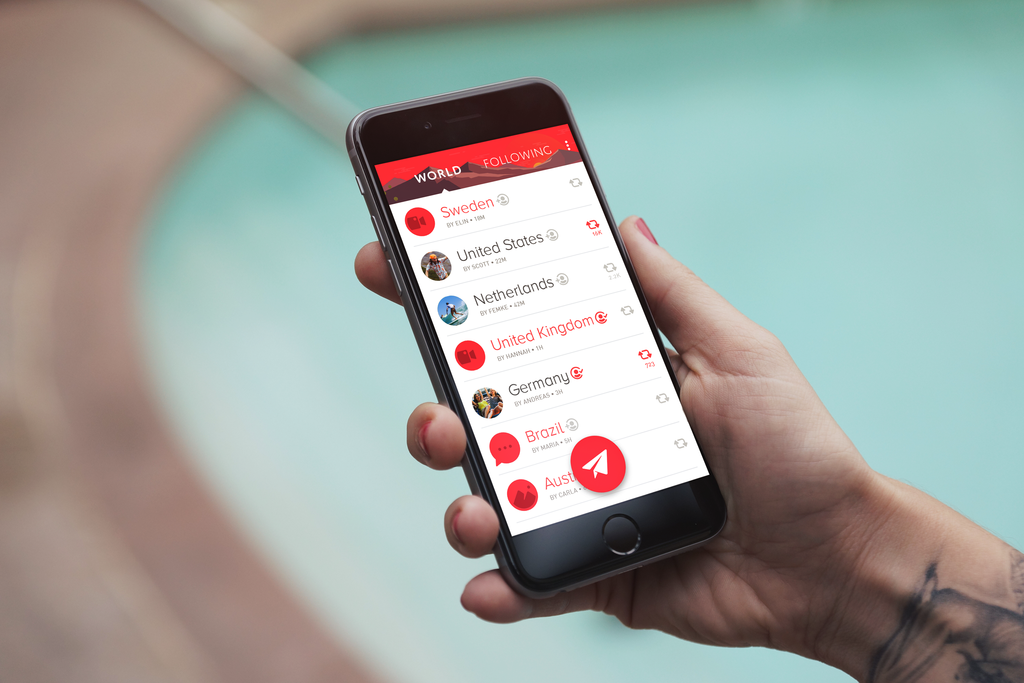 One of the big announcements Nardone told me he was excited to tell users about was that the chat function will be returning to the app in early November, allowing users that are following each other to send private messages again. Fling only monitors public messages, so here the app has a couple features to allow users to report and block people that they are following if messaging turns to harassment.

Sending a photo to random people online can feel like stepping into dangerous territory, but Fling is hoping that through their efforts in protecting users, they can help people share their life moments in a safe, cool way.