Tea making is a delicate process that only the truest of enthusiasts around the world appreciate. The time-honored tradition of sourcing the right ingredients, taking care to consider the age of the leaves, the season of the year and the temperature of the water and then waiting for it to steep to just the right amount of time takes knowledge and patience. And, according to Han, most of us are doing it all wrong.

Teforia is a personal tea making machine for those who really value their loose leaf brewing experience. It works with any mixture of tea leaves to pull out what it believes to be the optimal flavor in the more than 200 chemical compounds that make up each kind of tea.

Teforia knows what type of tea you’re brewing and how to properly brew it, like having a tea master in your home. Allen Han, Teforia

Unlike the commercially available tea from teaBOT, a tea mixing robot backed by Y Combinator and meant for placement in coffee shops, Teforia’s device is made for brewing tea at home. Comparisons could be made to Keurig’s tea offerings, but founder Allen Han discourages that equation.

“Keurig is fine, but it doesn’t put any attention into the crafting process, or on how to adjust the brewing based on the type of tea,” Han told me as we sipped some green matcha made from his demo machine in the TechCrunch studios recently. “Teforia knows what type of tea you’re brewing and how to properly brew it, like having a tea master in your home.” 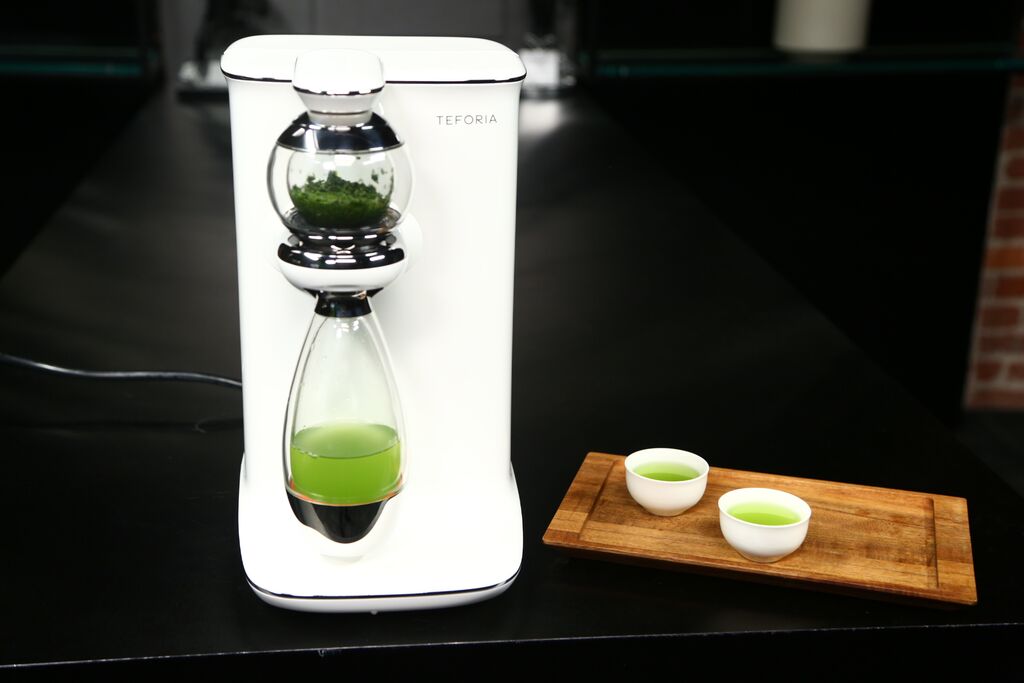 Han, a tea devotee himself, founded the company after a trip to Asia that “changed his life” three years ago. “It transported me back to my childhood,” Han, who grew up in Taiwan, said of the experience. “Most tea drinkers don’t know what they’re missing, so I wanted to create a way to perfect the process of brewing tea while honoring its tradition.”

It’s easier to just heat up a tea kettle and pour boiling water over a bag of Celestial Seasonings. However, Teforia is for those who want the convenience of that quick boil, infused with the zest of tradition and the full flavor of the tea.

Han also holds the robotic chops to build such a machine. He designed both the Xbox 360 and Kindle Fire before going it on his own. Teforia contains the same sleek, simple form Han worked into his past creations and has built-in SIP (selective infusion process) technology to automatically determine the best brewing method for each variety of leaf. 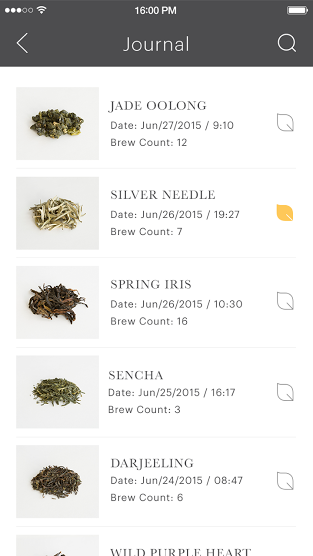 It works by selecting about a handful of loose tea and popping it into an infusion chamber, pouring in the desired amount of water for your cup, and then clicking a button on the Teforia companion iOS or Android app to get the process going.

The whole thing takes about 4 minutes (much less than the customary steeping) to get what Teforia hopes will be one of the best cup of tea you’ve ever had.

But that cup will cost you. Teforia is on pre-order right now for $649 – more than a Keurig, which also makes coffee, and definitely pricier than your average tea kettle. The machine will go even higher after launch for $1299 MSRP.

Is the perfect cup worth paying that much for? I had the opportunity to chat with Han and taste a cup of green tea myself this week. I can verify it was a much better, fresher tea than what I get out of my own kettle. You can watch that interview at the top of this page.