For years, truckers have had to keep unwieldy paper log books in order to track their hours, which complicates fleet management for trucking companies because they have to sort through faxes and mailed documents.

KeepTruckin is a San Francisco-based company that is trying to automate this with a pair of hardware and software solutions that will log hours in the background. They’ve just raised an $8 million round led by Index Ventures, which brings their total funding to $10.3 million after an earlier round led by Google Ventures.

They have 150,000 drivers using their product so far, and are trying to grab the rest of the 4.5 million person market.

Tomorrow, the federal Department of Transportation is supposed to finalized regulation for hardware that directly syncs with a vehicle’s engine to log driving times. KeepTruckin has a device ready to go with the new law.

“It’s essentially a full-fledged computer that connects to a diagnostic port in a vehicle
observes vehicle motion,” said co-founder Shoaib Makani, who was previously at Khosla Ventures, AdMob, and Google. It will be free upfront and then $20 per driver per month. 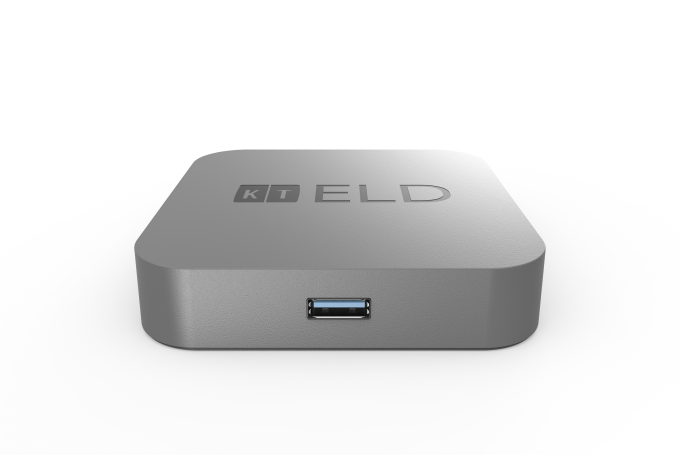 In addition to that, there’s a free electronic logbook app for Android and iOS.

Overall, the trucking industry ships 10 billion tons annually in the U.S. economy, with 70 percent of all freight being transported by truck.  But most truckers and vehicles operate off-the-grid.

Makani said once you have data on hours and goods being shipped from place to place, there are lots of possible businesses that open up on top of that. You could, for example, identify and sell excess capacity in trucks. Makani says that 25 percent of trucks on the road are empty at any given time, kind of like taxis cruising for passengers.

The data could also back usage-based insurance instead of cruder vehicle insurance, because you can tell which drivers are more prone to making sudden stops or shifts.

You could also do enhanced vehicle performance monitoring to tell when vehicles need to come in for maintenance. 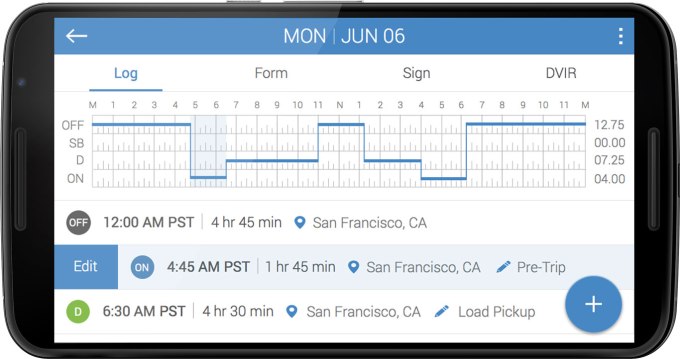